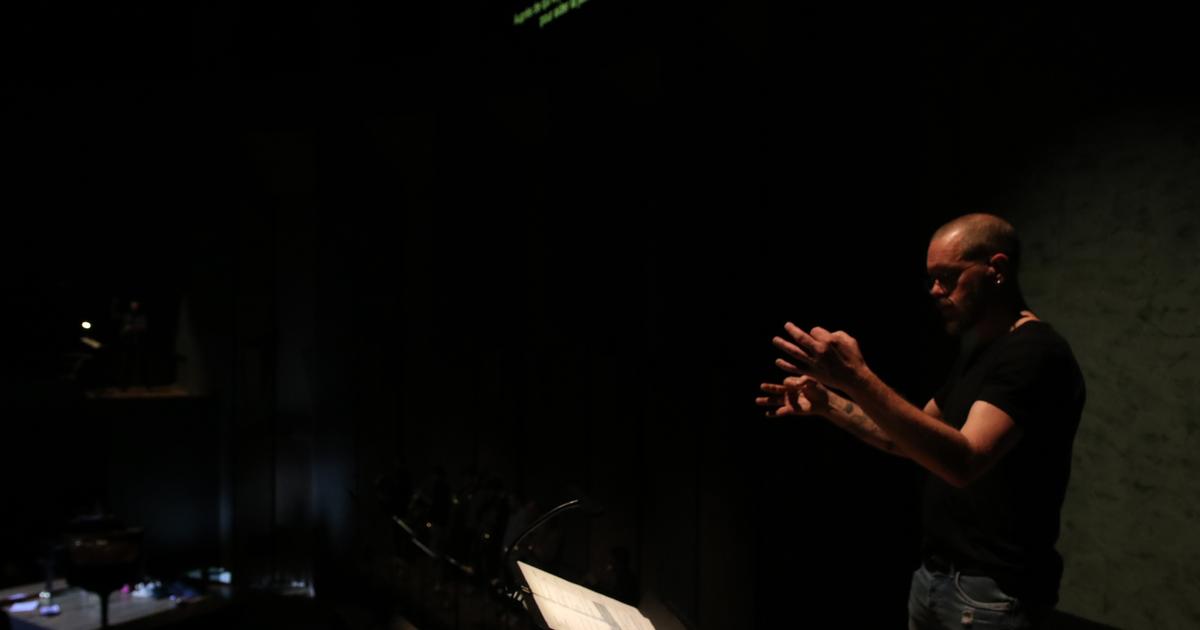 Decision, opera by Hanns Eisler after Bertolt Brecht, is given on Wednesday in a version accessible to an audience unfamiliar with opera.

The Philharmonie de Paris gives Wednesday evening an opera accessible to the deaf and hard of hearing thanks to the “chansigne”. This technique consists in translating the lyrics of the libretto into sign language, with more forceful gestures, in a rhythmic and choreographed way, which gives understanding of the music to those who cannot hear it. Designed to allow the deaf and hard of hearing to access the lyrical art, it is becoming more and more popular in theaters around the world. The project, directed by Olivier Fedj, is an adaptation of the musical piece Decisionwritten in 1930 by Bertolt Brecht and set to music by Hanns Eisler.

The opera recounts the trial of a group of young Russian communists on their return from a propaganda trip to China. Militants tell how they came to kill one of their own during their mission. The jurors are represented by a choir of three hundred singers bringing together the forces of the Sequenza 9.3 Vocal Ensemble, the Popular Chorale of Paris, amateurs from the conservatory of Aubervilliers-La Courneuve, the School of Arts of the Island -Saint-Denis and associations like Aurore. Tenor Safir Behloul and actress Julia de Gasquet complete the cast.

The play, eminently political, immediately aroused controversy for its artistic qualities and for the message it underlies. After a few performances in Berlin and Moscow, Brecht banned its performance for fifty years.

Decision serves today as a support for experimenting with the chansigné for the first time at the Philharmonie. “ The challenge is to make the musical offer accessible to all thanks to a work linking the world of the hearing to that of the hard of hearing”, explains the director of the education and resources department, Marie-Hélène Serra.

The singers will be accompanied by thirteen amateur singers recruited by Emmanuelle Laborit, co-director of the International Visual Theatre. Artistic director Catherine Simonpietri insists on the importance of the play’s dialogue and its “ Using the body as a substitute for traditional musical language”.

Accessibility, the watchword of the project

In addition to being changed, the production takes care to mix hearing and hard of hearing artists. The head of educational and participatory concerts Agathe Dignac sees it as “ the real richness of the project ». Decision is a participatory opera, aimed at the widest possible audience, “ we are open to all types of audiences, those for whom it is not easy to come because of practical barriers but also because of mental barriers “adds Marie-Hélène Serra.

The teams worked together on the perception of disability by the artists but also by the public. Several workshops to raise awareness of “deaf culture” were offered by the Philharmonie prior to the show so that “ hearing people approach disability as another perception, not as a reduction “, emphasizes Agathe Dignac. The ambition is to include the song as an aesthetic element in its own right of the opera and no longer as a simple translation into sign language.