“Having a program with your last name is very dizzying” 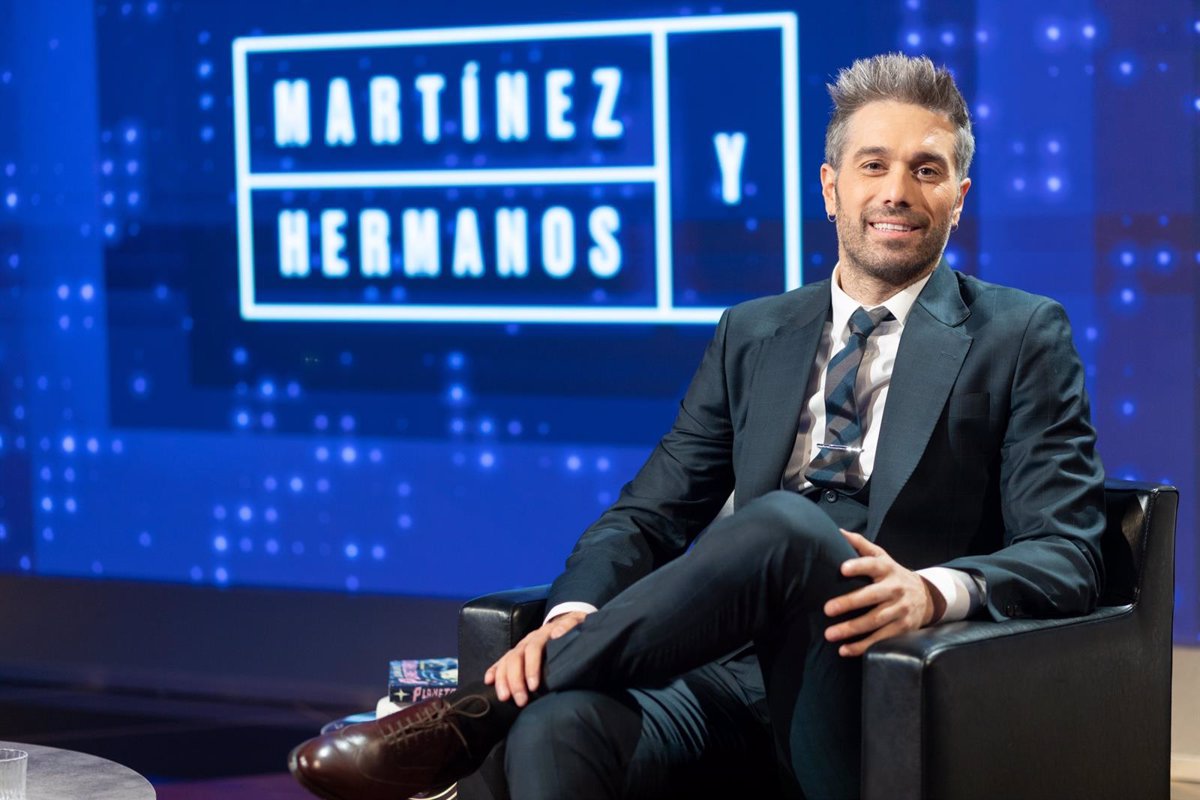 Movistar Plus+ premiered on April 21 ‘Martinez and brothers’, his new talk and comedy show hosted by comedian Dani Martínez. The space is broadcast on channel #0 every Thursday at 10:30 p.m. and has three different profiles of guests in each of its installments.

‘Martínez and brothers’ bears his surname, something that speaks clearly of the position to which the humorist has arrived. “gives a lot of vertigo because on other shows like ‘Got Talent’ you’re under the umbrella of a major label, but here you are under the umbrella of your surname“says the comedian during a meeting with the media on the set of ‘Martínez and brothers’.

Antonio Banderas, Blanca Suárez, Elsa Pataky, Jordi Alba are some of the names that will go through ‘Martínez and brothers’, who It will also have special programs. “We recorded a reunion for the 25th anniversary of ‘When leaving class’, with actors and actresses from the series. I am a very nostalgic person”, announces “exclusively” the Leonese comedian.

Dani Martínez is very excited about the project: “I think every comedian’s dream is to have a show like this, and Movistar has given me the opportunity. In other programs that I usually do, like ‘Got Talent’, I have to ride the chicken a bit, and this is more of the guests. I am the host who has to give them the tools.”

The presentation ceremony for ‘Martínez y Hermanos’ has also had Juan Andres Garcia Ropero, Director of Entertainment for Movistar Plus+, and Nathalie García, CEO of Fremantle, in charge of producing the program in collaboration with the platform. “Right now there is no other format like it in the television offer who has this challenge of bringing together three more or less well-known people with a talent that adds to Dani’s to try generate an energy that, for now, is being achieved Nathalie points out.

One of the keys to the program is choice of guests something that Dani Martínez delves into: “Many things have an influence, but what we are trying to do is make them three different profiles, with also different professions regardless of whether they know each other or not. For example, an actress, a singer and a footballer. They are all friends Or, if they’re not, it’s people I’m a big fan of. Some even write to me and tell me: ‘Aren’t you taking me to your show?‘”.

A SPACE WITH “MUTANT” SECTIONS

This diversity in the guests could already be verified from the first program of ‘Martínez y Hermanos’, which featured Jaime Lorente, Monica Naranjo and Julian Lopez. “More than an interview, it is a chat, a table talk among friends, and we really like how that is generated between them on the couch. You will see that in a program there is a guest who, because of how relaxed he is, suddenly tells me: ‘Am I telling you this?‘” says the comedian.

The programs and their sections, said Dani, are going to change, but with new technologies always very present: “We really like playing with mobile ‘apps’ and explore social networks of the guests.”

Dani Martínez has been on television for two decades, since he made his debut at the age of 19 in ‘Un, dos, tres…’. “I recently saw it on the RTVE ‘app’. I get stuck all the time with the script, I go fast… If someone told me then that I was going to have a program with my last name, I would tell them that it is impossible. I think the program reaches me perfect moment of maturity. I enjoy it more because I’m more relaxed because of everything I’ve already done, there are many goals I’ve dreamed of and that I’ve more than fulfilled,” he says.

‘Martínez and brothers’, assures its presenter, has had a clear reference when building the program, what is the of Graham Norton on the BBC: “I really like his style, because he receives guests with somewhat strange combinations. But they are always seated, and we get up to sing, play… we don’t stop“.

“SOMETIMES THEY HAVE TO STOP MY FEET”

“Sometimes they have to slow me down a bit. I would start with verbena musicI would continue with a verbena atmosphere, and I would close with the panorama orchestra playing every day in this program and chocolate with churros for the public. The verbena is something very mine, and in the end it will appear “, she comments.

When talking about his past on television, the comedian did not want to forget what he considers “the biggest television beast we have“: “With Flo I learned a lot of things from TV that are what I apply today, taught me that to make TV you have to break the rules of TV. In fact, that’s how the famous ranking of ‘Nonsense las justas’ was born”.

Looking to the future and the projects that remain to be done, Dani Martínez is clear: “There is one thing I have never done, and that is cine. I’ve dubbed movies, I’ve lived the experience of a series with ‘El chiringuito de Pepe’ and ‘Aída’… And Yes, I have received papers, but either they didn’t fit me by dates or I didn’t see myself playing that type of character, because I respect the acting profession a lot, and I know that there are things that I do not reach at the level of interpretation“. “I would like to do a romantic comedy, a Spanish-style ‘Notting Hill’“says the comedian.