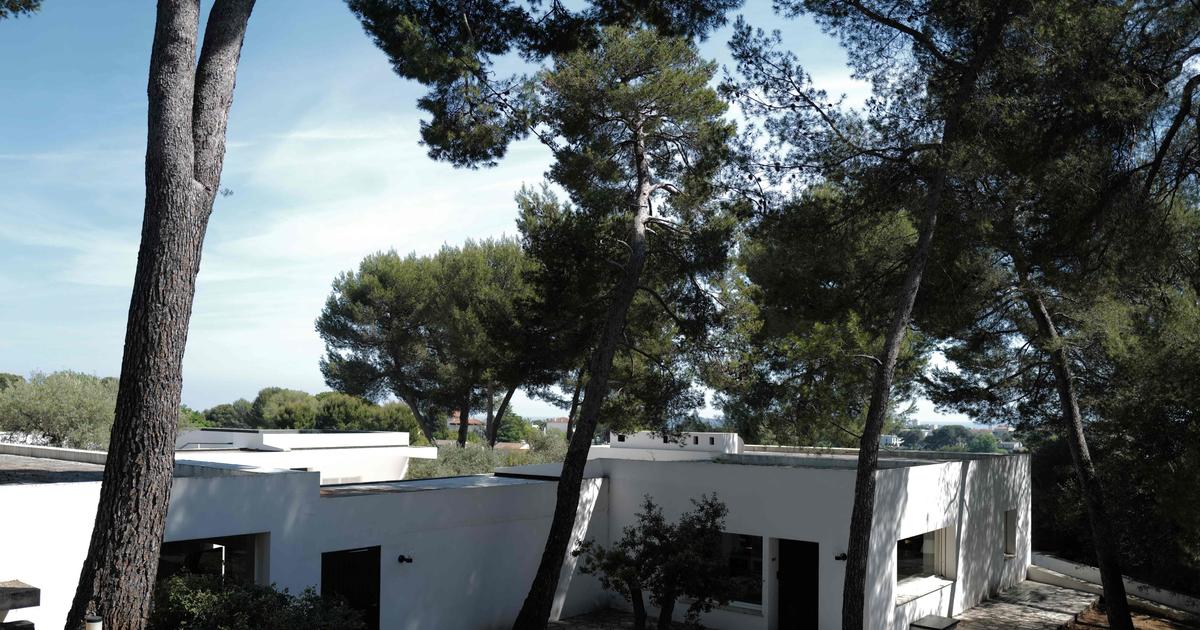 The home of Franco-German painter Hans Hartung and Norwegian illustrator Anna-Eva Bergman can be visited for the first time. The couple archived sketches, letters, photos and press articles there.

After two years of work, the villa-studio of the Franco-German painter Hans Hartung and his Norwegian partner Anna-Eva Bergman, illustrator, opens for the first time to the public on Saturday May 7, in Antibes (Alpes-Maritimes), offering a unique vision of the work of this couple of artists. Built in the heart of an olive grove, this place of creation designed 50 years ago according to the own plans of Hans Hartung, one of the major representatives of the School of Paris, was until then only accessible to the general public. only exceptionally. It will now be visible three days a week, from May to September, Thomas Schlesser, director of the Hartung-Bergman Foundation, told AFP.

It was in 1973 that Hartung, naturalized French in 1946, and his wife, who had also become French, who were then living in Paris, settled in Field of Oliveswhere they intend to design a living space where each of them could work in a space perfectly suited to their needs.

At the end of a 2 million euro project, a reception building was added to the villa, the park of olive trees was refurbished, with the creation of terraces, and exhibition galleries and screening rooms were created. Hartung’s workshop has been preserved, completely intact. “The Foundation is also inaugurating an art history research center to welcome historians and art critics in residence”, adds Thomas Schlesser. Researchers will have access to “a library and an exceptional archive, because Hartung and Bergman archived everything, sketches, letters, photos, press articles”, details the director. Among the treasures of the fund, one of the first copies of the Notebook of a return to the native countryby the Martinican writer and politician Aimé Césaire, copy dedicated to Hartung. “Who himself illustrated one of Césaire’s works”, confie Thomas Schlesser.

Born in 1904 in Leipzig (Germany) and died in 1989 in Antibes, Hans Hartung, who had to flee Nazism, settled in Paris in 1938. After the war, he quickly became one of the leaders of abstract art with his friends Pierre Soulages and Zao Wou-Ki.

Divorced from Anna-Eva Bergman, his wife of Norwegian origin, in 1938, Hartung had found her in 1952. And the two artists had remarried. Engaged in France in the Foreign Legion to fight against Hitler, Hartung had lost a leg in the fighting in 1944. “I found his right leg prosthesis while searching the cellar”, explains Thomas Schlesser. This is now found in “a tomb in the form of a reliquary” also with “the two funeral urns (of the couple) as well as various objects, in a sort of cabinet of curiosities”.

Influenced by her compatriot Edvard Munch, Anna-Eva Bergman, for a time an illustrator for the press and journalist, collaborated in the late 1950s with the Galerie de France. Then she would exhibit all over the world from the 1960s, developing for 25 years a cardinal theme, that of the horizon.

The Foundation plans to present a major temporary exhibition each year devoted to the work of the couple. From May 11 to September 30, the inaugural exhibition, The archives of creationwill constitute “a dive into secrets” of their inspiration, says the director of the foundation.