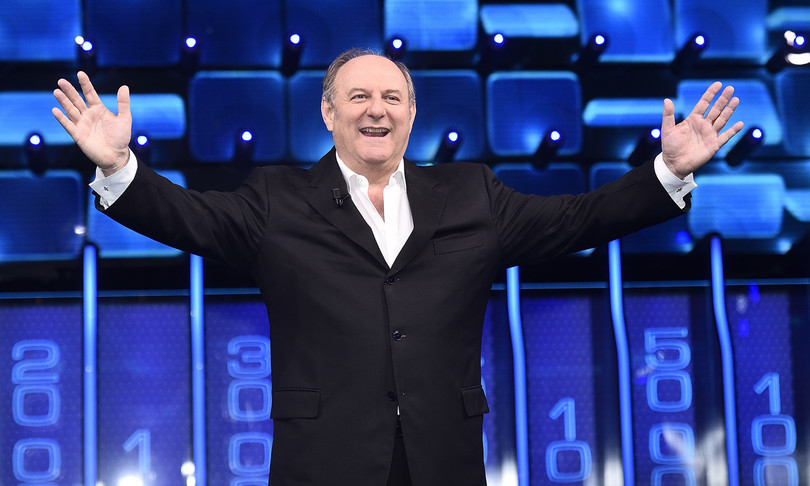 Institutional, yes, but also very casual, with a landlord, Gianni Letta, honorary president of the Carli Foundation, who churned out a joke for each celebrity who took the stage (“And now let’s reward Francesco Muttithat of the good tomato”), as well as a list of roles, works, hobbies, childhood dreams, and favorite recipes of each winner (from the passatelli in broth of the Italian ambassador to the USA Mariangela Zappia with pasta alla Norma “but without ricotta salata” by Francesco Giambrone new superintendent of the Rome Opera House).

The thirteenth edition of the Guido Carli Prize, designed by the president of the Carli Foundation and held at the Auditorium Parco della Musica in Rome, was a faithful tribute to Italian genius without the dullness of television awards. This year is dedicated to his Massimo Dell’Omo by Romana Liuzzo. “War correspondent and special husband” was recently deceased.

“This time, we didn’t stop at the economy and entrepreneurs; we extended the award to all sectors that honor this country, to the Italian excellences in fashion and art, sport, diplomacy, solidarity, and cinema,” said Letta, honorary president of the Guido Carli Foundation, after messages from Prime Minister Draghi, Foreign Minister Luigi Di Maio, and, among others, Minister of Public Administration Renato Brunetta, who has worked for the Guido Carli Foundation for thirty years. “It’s now our turn,” he remarked.

The thirteen jurors, who range from Coni President Giovanni Malag to Ambassador Giampiero Massolo, award prizes to prominent executives, entrepreneurs, publishers, and journalists: Barbara Palombelli (one of the three women on the jury, along with Ornella Barracoo International Walgreens Boots Alliance and Monica Maggioni director of Tg1 and new entry of this edition), Ruth Dureghello, the first female president of Rome’s Jewish community, the oldest in Europe, is honored by Ambassador Massolo, who describes her as a “strong woman in witnessing in a difficult time.”

Sami Modiano, a Holocaust survivor “who made a teaching of the story of his suffering and who transformed his wounds into a message of peace,” received Dureghello’s award.

Antonio Patuelli bestowed this honor. Luigi Ferrari, CEO of Ferrovie dello Stato, recalls the delicate historical era and the spirit of service of individuals who worked at Ferrovie during the pandemic. Francesco Rocca, national president of the Italian Red Cross, recalls humanitarian efforts in Ukraine.

The award was presented in the cinema, and many people gave the medal to their children or parents, similar to what happened with the David di Donatello, when directors and actors gave their wives heartfelt speeches. Mutti feels the same way, giving the medal “to my wife, my daughter, and my parents who taught me the value of effort,” as does Giovanna Melandri, president of the Maxxi Foundation, who dedicates the medal to her husband and daughter, whom she calls “the pleasure of my life.”

Melandri greets them with an Alda Merini saying, “The greatest prize is life,” and adds that life must be protected from this battle today. General Son, former extraordinary commissioner for the Covid emergency, goes above and beyond and dedicates the medal to Italy: “I have to share it with my team, because you can only win together, and this award was earned by the Italy team, since I met a lovely Italy everywhere.”

Toni Servillo is rewarded for the lack of David with the bronze medal of the Poligrafico e Zecca dello Stato of the Carli prize, delivered by Malag, for his brilliant depiction of Scarpetta in Martone’s ‘Qui rido io.’

Letta jokes about his “perfect, same motions, same expressions” depiction of someone he’s known “for many years,” and the connection to Berlusconi in Sorrentino’s “Loro” is obvious. Servillo expresses gratitude for the award, thanks “Letta who frequents theaters, it would be necessary for other people from institutions like her to do it,” and dedicates the award to young people, encouraging them to do business in the same way that she and Martone did several years ago in Naples: “You don’t have to look for someone you like; you have to position yourself.”

There’s also TV, with Fedele Confalonieri awarding a Gerry Scotti supermodest (“I worked a lot and was lucky, I don’t have tremendous qualities,” he protects himself). Federica Pellegrini was rewarded by Maggioni for her achievements and records, which he compliments as “stroke after stroke that bring Italy with them”: “My family has always been my luck, I’ve been swimming for twenty years, swimming has been my life,” Pellegrini says, urging the audience to invest in swimming.

Claudio Descalzi, CEO of Eni, presents Mariangela Zappia, Italy’s ambassador to the United States, with a gift. “I want to give a message to women,” the diplomat says, “that this job can also be pursued with a husband and children.”

Alberta Ferretti, who “dressed Jane Fonda as well as Chiara Ferragni” was among the other women on stage.

Ornella Barra recalls that the medal was given to her “especially because she is close to women.” And she goes to a woman, Marinella Soldi, president of Rai, recipient of the Guido Carli Foundation’s special honor, and officer of the Roman Republic Liuzzo, who highlights her “love for yoga and her early desire of being an astronomer.”

Soldi joking about the career he would have liked before getting up on the Moon. “He gave me optimism and strength, the one I need for the planet Rai,” Rai remarked of Samantha Cristoforetti’s departure.