Javier Cámara stars in ‘Rapa’, a series that reflects “how far Justice goes” in the face of corruption and mistreatment 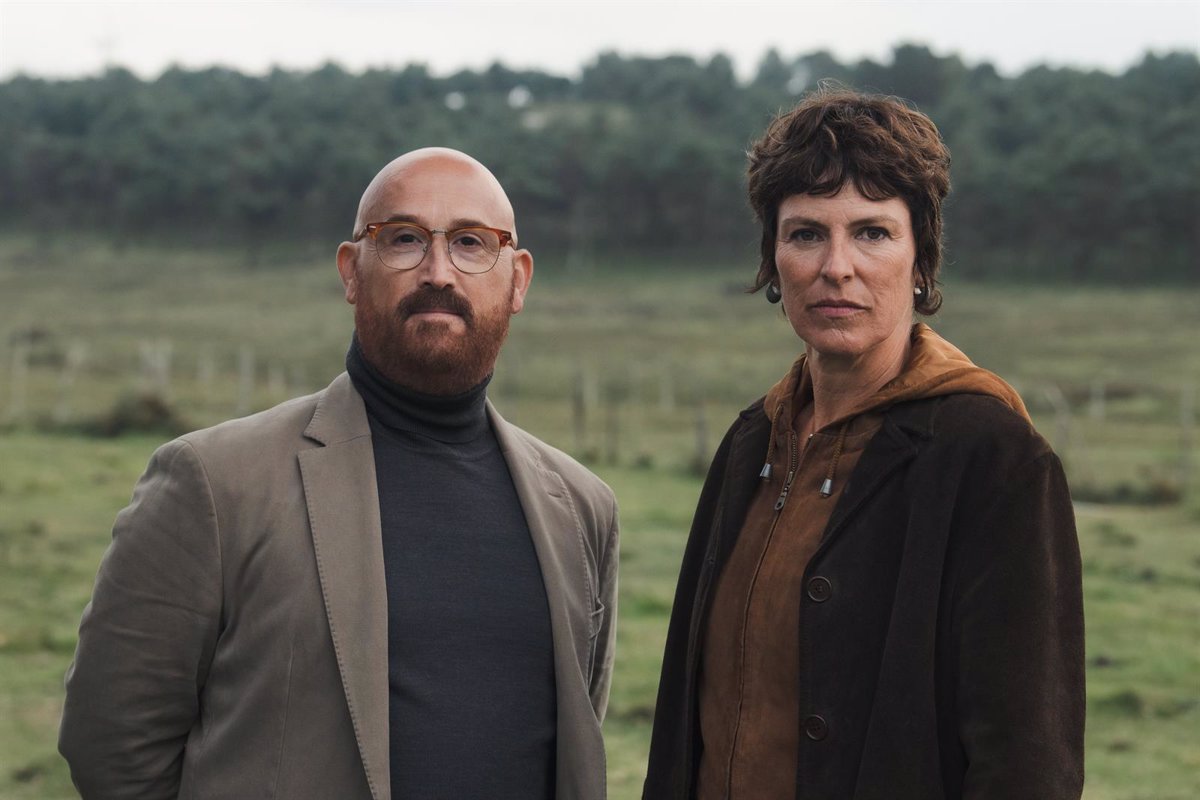 Movistar+ premieres Thursday May 19 ‘Rapa’ the new series of Pepe Coira and Fran Araújo architects of the applauded ‘Hierro’. Javier Camara and Monica Lopez They get into the shoes of a peculiar tandem formed by a literature teacher and a civil guard who investigate the murky murder of the mayor of Cedeira, a Galician town. A fiction that also shows “how far Justice can go” facing some of the great social scourges such as political corruption, abuse of power or mistreatment.

Following the spirit of ‘Hierro’, ‘Rapa’ narrates how Maite (López), a civil guard, forms a team with Tomás (Cámara), a high school literature teacher, to investigate the murder of Amparo Seoane, the mayor of the small Galician town of Cedeira and the most powerful woman in the area. He is the only witness to the crime and what begins as an investigation will end up becoming an obsession for both of them.

Although ‘Rapa’ has as its central plot the search for the culprit of the crime, it also addresses other issues of great social significance such as political corruption or sexist violence. “Above all, what ‘Rapa’ shows is the power of Justice, how far it can go, as well as the concept of justice of each one, how each character sees situations such as ill-treatment or what power means to them… In the end, all the themes are intertwined in what is happening in the story”, he explains Camera in an interview granted to Europa Press.

A series of situations that are framed within a particular context, such as a town where all its inhabitants know each other. “A small town is like a kind of magnifying glass that you put on society“, he continues. “Any story that is told has to talk about the human being, who are these characters that appear in ‘Rapa’, but also about what is going on in society, That is why mistreatment comes out, corruption the same, they are things that happen and it is very good that the culture talks about the things that happen in one’s own life“, adds Monica Lopez.

A SERIES OF “POLYHEDRAL” CHARACTERS

A series that, due precisely to the themes it touches, does not neglect its human facet, by having a series of characters that are “polyhedral”. “It’s very good to show characters like mine, a civil guard, who can see that she is not a machine, that she is a woman with her virtues and her defects, with her weaknesses and her strengths. In this case, the director Jorge Coira wanted to capture an empathic person,” details the actress.

Coira and Araújo change scenery, as the Canary Island of El Hierro gives way to the Galician regions of Ferrolterra and Ortegal. “Pepe Coira had been working in Galicia for some time and had already had several projects there. It was not my case, but for ‘Rapa’ we wanted to make a specific portrait of a place that we knew very well; with ‘Hierro’, for example, we had to carry out an important research exercise”, argues Araújo.

“Being our land, Galicia we know it very well. We saw the opportunity for it to be the setting for an unconventional story“, adds the creative, who, despite being promoted as a six-episode miniseries, does not rule out having a second season. “We do not have it on the table, but we do not rule anything out. It is planned as a closed story, but, as happened with ‘Hierro’, first it is time for it to be released and to see the reaction of the publicas well as whether we as creatives see the potential to tell a worthwhile story with these characters,” shares the screenwriter.

One thought on “Javier Cámara stars in ‘Rapa’, a series that reflects “how far Justice goes” in the face of corruption and mistreatment”