Warhol’s iconic Marilyn Monroe up for auction in New York 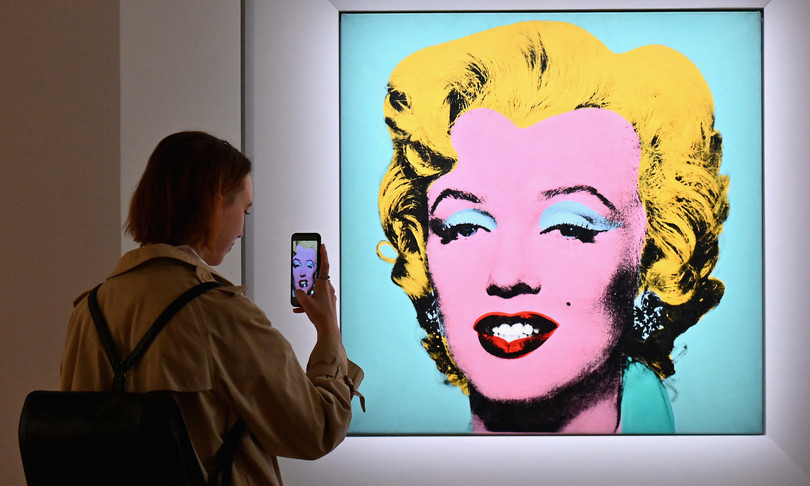 Andy Warhol’s iconic pop portrait of Marilyn Monroe will be auctioned off today at Christie’s and could fetch up to $ 200 million setting the record for the most expensive 20th century artwork ever.

Part of the proceeds will go to fund charity projects for children in multiple countries.

“Shot sage blue Marilyn “, one meter by one meter square, was painted by Warhol in 1964, two years after the death of the Hollywood star who became a legend, starting from a photograph of him.

“He managed to capture the most fascinating part of Marilyn for all the spectators, for each of us,” said Alex Rotter, president of Christie’s 20th century department, turning her into an iconic work like Botticelli’s Venus and the Mona Lisa by Leonardo da Vinci.

Shot sage blue Marilyn is owned by the Thomas and Doris Ammann foundation, based in Zurichand according to Christie’s “the product of the sale will serve to improve the lives of children around the world, with programs dedicated to health and education.”

The portrait on canvas of Marilyn was then declined in four other versions with different colors, subsequently reproduced on a large scale and intended for sale to the general public, transforming the portrait into a ‘democratic’ work of global fame.

“The mass reproduction of Warhol’s portrait helped bring that image into our minds, into our unconscious,” noted Bernard Bistene, honorary director of the National Museum of Modern Art at the Pompidou Center in Paris.

“It is the most important painting of the twentieth century to be sold at auction in a whole generation”, underlined the noble London auction house. “With 100% of the sale of a single painting destined for a charitable work, it will also be the most important auction for philanthropic purposes after those of the collection of Peggy and David Rockefeller in 2018,” recalled Christie’s.

According to legend, the four works Shot Marilyns, which includes “Shot sage blue Marilyn”, were named after a woman who asked the artist if she could photograph them then shot the paintings with a gun.

According to Georg Frei, president of the Ammann Foundation, “Warhol’s image of Marilyn is certainly more famous today than the original photograph taken from Henry Hathaway’s film Niagara. The spectacular portrait differentiates the person from the star and in this new millennium its power. visual remains intact “.

For art critics, the portrait of the king of pop art ultimately overshadowed the dire circumstances of Marilyn’s life and death, giving us her enigmatic smile that unites her to the equally mysterious one of a distinguished woman like Mona Lisa.

Based on a world ranking in the art industry, so far the all-time record for an auction is held by Leonardo da Vinci’s Salvator Mundi, which was sold for 450.3 million dollars at Christie’s in New York in November 2017.

For the works of the last century, the most expensive is Les Femmes d’Alger by Pablo Picasso (179.4 million, May 2015) followed by the Reclining Nude by Amedeo Modigliani (170.4 million, November 2015).

Despite the Covid-19 pandemic that has brought the world to its knees, the art market has never enjoyed such good health and in New York there are records in sales, especially among increasingly young Asian buyers.