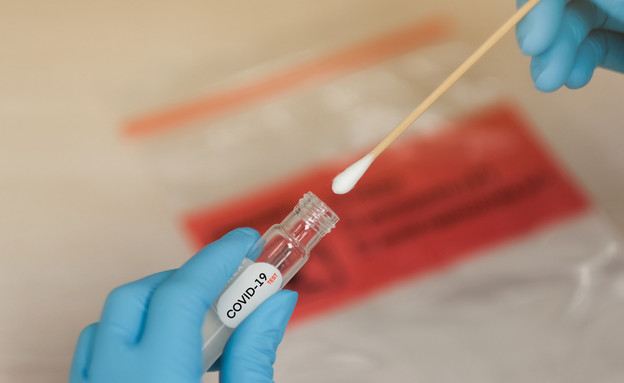 Are the pens used for corona testing soaked in a toxic substance (ethylene oxide) that can lead to cancer? The short answer is that in the medical world, ethylene oxide is widely and controlledly used to disinfect many medical equipment, including markers. Because after the disinfection Thorough cleaning is performed Of the material, above the surface of the device, there is no reason to assume that the markers used to test the corona are dangerous to health.

Ethylene oxide is an organic compound that contains two carbon atoms attached to each other and an oxygen atom, in the form of a triangle. On the other hand two carbon atoms are attached to each carbon so that the quantitative formula of the compound is C2H4O. The angles formed in the triangular structure of the molecule cause it to be unstable, so ethylene oxide may react easily with other substances in its environment. This is also the reason why the substance is considered toxic and carcinogenic, and it may react with components in the body cells, including a genetic material, thus leading to cancer.

Ethylene oxide is widely used in the chemical industry. It is a raw material or a starting material in many processes in the production of detergents, medical chemicals, synthetic fabrics and other useful materials, such as ethylene glycol, which is used in cold places as “anti-freeze”, a coolant for engines with extremely low freezing temperature, so it does not freeze in tempered engine. Cold air.

In addition to these uses, the medical world is taking advantage of the ease with which ethylene oxide reacts with the environment to harm the cells of polluting microorganisms such as bacteria and fungi. This sterilization process is mainly used in delicate products, which are not resistant to very high heat, unlike metal appliances for example, which are sterilized by high-pressure steam. You The sterilization process It can be done in several ways. In the common method, it is carried out in a chamber from which the air is pumped out, and nitrogen and a little steam, and ethylene oxide gas are pumped in. The gas disinfects and sterilizes the cell contents, and is then eliminated through several cycles of high-pressure nitrogen gas flow. The amount of ethylene oxide drops to zero. Because it is a substance that evaporates to a gas already at a temperature of About 10 degrees Celsius, The risk of ethylene oxide molecules remaining on the medical product is tiny, and even if a few molecules remain, it is well below the dangerous level.

The Ministry of Health also mentioned this in response to the issue:

It can be concluded that using medicinal products that have been disinfected with ethylene oxide is like eating from a dishwasher. Even if the dishwasher detergent contains toxic ingredients that we would not eat, we are not harmed by it because the dishes are thoroughly washed from all the material residue.

It should be noted, however, that not all mosquitoes are disinfected with ethylene oxide. Other medical equipment is sterilized In gamma radiation, With a lot of energy. Gamma radiation is also a carcinogen, because it severely damages living cells, and is therefore also effective in sterilization. Of course, after sterilization, no radiation remains on the products, and there is no danger in using them.

Corona tests, as well as home tests, are an important tool in the effort to stop the spread of the virus, and as mentioned, they are completely safe to use according to the instructions.