Oshrat Kotler warns against corona vaccines. Is there justice in her words? 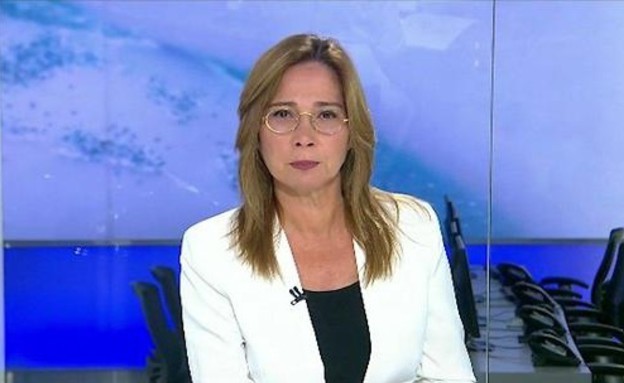 Journalist Oshrat Kotler posted a new study by the Maccabi Health Insurance Fund on Facebook yesterday (Wednesday) regarding the effectiveness of vaccines, calling the vaccine “problematic” and calling for a recalculation of the route. “Vaccine resistance” is “populist” and one that seriously distorts the results of the study.

Kotler’s post refers to a study by the Research and Innovation Institute of the Maccabi Health Insurance Fund, which compared the risk of contracting corona and developing a disease in the delta wave between 3 groups of Maccabi members over the age of 16 – vaccinated with 2 doses, recovering from unvaccinated corona and receiving one vaccine. The results show that those infected with corona in January.February 2021 have a 13.fold reduced risk of re.infection and a 27.fold reduced risk of developing symptomatic disease during the delta wave, compared with those infected with corona during 2020. The Delta Wave People who have both been infected and given one vaccine are protected even more than people who have been infected and have not been vaccinated.

The conclusion of the “dramatic” study, as presented by Oshrat Kotler in the post, is “because the meaning is chilling and unequivocal – those who are vaccinated are 13 times more likely to get sick in Corona. Compared to those who got sick and recovered. And their chances of developing symptoms are 27 times higher!” She added that “the unvaccinated recoverers (the same spreaders of diseases that Bennett and an entire country have been inciting against for months) are the ones who repel the virus with their own natural disease.”

The post provoked stormy reactions among proponents of Kotler’s position against surfers who were outraged at the irresponsible publication that they said was wrong and misleading: “Understanding from this fact that the vaccine causes the disease is really a special talent,” “Once in a while they may not need another vaccine, and that too is not safe in the long run. The data show a very clear fact, the risk of getting corona for those who are not vaccinated is twice as high as the vaccinated. The risk of getting the disease is 7 times higher than the vaccinated.”

“Do you want to take the gamble”?

The main criticism leveled at the post was the claim that the study data only prove the necessity of the third vaccine, similar to other viral diseases that require a booster from time to time to raise the level of immunity. For example, one of the responses said, “The same can be said for any other virus or bacterium. I’m sure getting polio, or smallpox, will result in more patent antibodies than a vaccine. “Want to take the gamble? Have fun. I prefer not to. Sharing a post like this is nothing less than blood on your hands.”

The vaccine is effective and safe for preventing serious illness

Noam Leviathan, one of the founders of the popular Facebook page “Big Science in Small Things”, posted a reasoned post in an attempt to refute Kotler’s main arguments. Initially, he referred to Kotler’s claim that the study was published in the prestigious scientific journal Science. According to him, the study has not yet been officially published and only a draft has been uploaded, for a study that has not yet undergone peer review as required.

Regarding the body of the study, Leviathan claims that the data collected from around the world so far clearly show that the vaccine is safe. Even if the protection of the vaccine is imperfect, it certainly reduces the risk of getting infected and infected, which is what we wanted in the first place. In addition, studies comparing vaccinated and unvaccinated have found that the vaccine is safe and very effective in preventing infection, and if infected nonetheless it is even more effective in preventing serious illness.

The Ministry of Health responded:

Unfortunately, there is a fundamentally incorrect analysis of the Maccabi article in the networks. It is important for us to make it clear to the public – the risk of an unvaccinated person getting Corona is 20 times higher than that of a vaccinated person!

From unprofessional publications circulating on the net, the public may be mistaken and think as if those who are vaccinated against corona are sicker in corona. Of course the dangerous mistake is based on a distorted interpretation of data presentation in research. The distortion attributed to the study is based on an illogical comparison between the risk of morbidity among recoverers and those who are vaccinated. This of course is not the comparison. The purpose of the vaccine is to prevent disease and this vaccine does very effectively, especially if no more than half a year has passed since the second vaccine.

Corona is a serious disease that can kill and even recovering patients have long.term symptoms such as fatigue, weakness, decreased concentration, cognitive disorders and more. It is best to read the research in depth and not rely on false headlines and interpretations. The unequivocal recommendation of all health bodies in Israel and around the world is to get vaccinated.