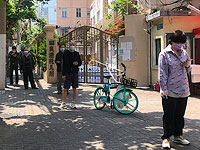 The authorities of Shanghai announced the phased lifting of extremely stringent quarantine measures, which were intended to put an end to the outbreak of coronavirus infection. As stated, June 1, life in the city will return to normal.

Deputy Mayor Zong Ming said that at the first stage, it is necessary to restore the work of industrial enterprises. Grocery stores and pharmacies will reopen this week, and public transport will return to the streets next week.

A strict quarantine was introduced in the world’s largest city on March 27 – until April 5, it was claimed. 25 million people were under house arrest. At the same time, they did not take care of their food supply in advance – the supply had to be arranged later.

The World Health Organization also spoke out against such drastic measures. Human rights activists compared the situation with the regime introduced in areas where Uyghurs live. But the Chinese authorities insist that their actions are justified.