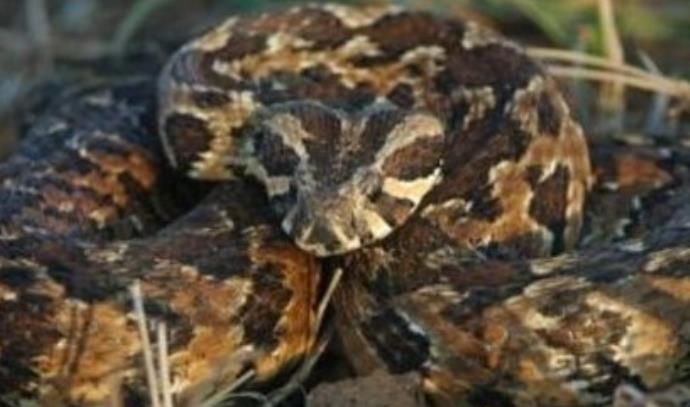 There are 9 types of snakes in our area, of which only the Eretz Israel viper is venomous and dangerous and is considered the national snake of Israel. Most snakes are active and reproduce in the months between April and September. This happens due to their inability to maintain body heat, they tend to come out of hiding in the early evening. In Israel, about 300 snake bites are reported per year, of which over 90% are viper bites. 30% of them are “dry” hops, ie without venom. It is important to know that in children up to the age of five, the risk of developing severe poisoning is higher than in adults.

How to identify a viper snake? It is up to 160 cm long, weighs up to 1.5 kg, and is gray-brown in color, with dark rhombuses on its back, usually attached. Its head is triangular and has vertical pupils and prominent venomous teeth. This is the place to emphasize that this information should not be relied upon to make a reliable identification of the snake, but rather the services of those qualified for this should be used such as qualified snake catchers.

What exactly does snakebite cause?

In Israeli viper venom, there are a number of proteins with biological activity that cause the destruction of blood vessel walls, local bleeding and blood clotting disorders. The puncture marks are divided into local and general. The local signs are manifested by edema that begins at the site of the beating and spreads up the limb. The beating is also often accompanied by considerable pain, and sometimes even circumcision. There may be a state of cyanosis or pallor, or spots that appear as subcutaneous bleeding. Signs include abdominal pain, diarrhea, vomiting, blood test and decreased platelet count, rarely renal dysfunction, pulmonary edema with shortness of breath, or other complications and even death.

What do you do with a person who has been beaten?

Anyone injured by a snakebite should be taken to a hospital for observation. In cases where there is marked edema or pain, or signs of general intoxication such as abdominal pain or vomiting, evacuation should be urgent by ambulance. In addition, the spread of the venom should be prevented as much as possible. For this purpose, the victim must be calmed, eating and drinking must be prevented, the bite area must be determined, and in cases where an ambulance is required to be taken to the hospital, the victim must be determined on a stretcher or backboard. If possible, without delaying treatment or evacuation and without endangering other people, it is advisable to bring the snake to the emergency room, or at least try to get a description of it as well as possible, including photos.

How can you tell if the bite was done by a venomous snake or not?
It will be very difficult for an unqualified person to distinguish between the types of snakes and therefore we will operate using the “there is no doubt” method. If a person is bitten, we must assume that it is a venomous snake, and give him preventive treatment.

How do we minimize the chances of snakes reaching our backyard?

Snakes are known to look for food sources and hiding places, which can also be prey, not just predators. Therefore, it is recommended to exterminate various pests in the home area, including mice, rats, other rodents, pigeons, etc. When they are not nearby, the place is less attractive to snakes. Various anecdotes. Order and cleanliness in the area of ​​the house and yard can reduce the chance that the snake will stay in the area.

It is important to remember, awareness and prevention will greatly help reduce the risk of snake bites in our area. Remember, a snake usually attacks only when it feels threatened, so if you see a snake around you stay away, try to keep a careful distance from the area and do not try to get smart and catch it. At the same time, sometimes nature is stronger than us, and if God forbid our children or we are bitten, it is important to observe a number of rules and procedures, including calming the victim, fixing the injured limb, evacuating to a hospital, not trying to suck the venom, not delaying evacuation or endangering other people In an attempt to identify the snake. Finally, if you are not a professional in the field, do not decide for yourself that this is a non-venomous snake, such a wrong decision can have a heavy price. It is best to go for safe and be supervised for several hours in a hospital.