The British model for Corona, the next generation, is generally found in Denmark 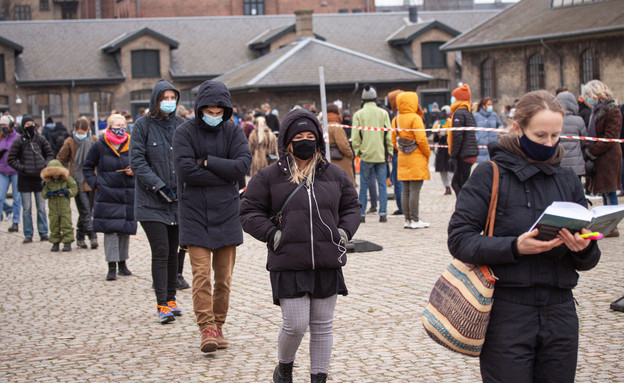 Following a mass vaccination campaign and the continuing decline in the number of corona cases in Denmark, the government in the Scandinavian country announced that starting next week all restrictions aimed at curbing the spread of the plague would be lifted, and that “control” of the corona plague had been achieved. The Danish government announced this last weekend, in a move that according to the polls receives a lot of public support, but also warnings from experts in the media that this could be fertile ground for a new outbreak, as happened in Israel.Denmark was early to impose severe restrictions on the public as part of the struggle in Corona, in contrast to neighboring Sweden, and entered early into a closure that included the suspension of studies and kindergartens. Morbidity in the country was maintained at a “small fire” in the first wave, but soared last winter. To date, some 2,500 people from Corona have died in the country, which has about six million inhabitants (compared to 7,000 in Israel and 14,500 in Sweden). When the vaccination campaigns began, Denmark led the pace and the rate of immunization, and today it stands at 72% of the population, compared to 62% in Israel. Denmark is the second in the EU, after Malta, in the rate of immunization and vaccine opponents are a minority in the country, which is characterized by great trust between the inhabitants and the systems of government.

Due to the volume of vaccines, and the fact that there has been no jump in the last summer months, the state will this week waive the need to display a “green label” at the entrance to restaurants, hairdressers and gyms, for example. Earlier this month, the obligation to wear masks on public transport was abolished – the last place where Danes were required to wear them. Unlike the UK, where the government abolished the obligation but where many still choose to wear masks indoors, in Denmark most residents choose not to wear them anymore.

In the coming week, the clubs in Denmark will reopen, and starting this weekend, those who spend time will no longer have to display a “green sign” at the entrance to them, as well as at the entrance to multi-participant events in closed spaces. The government intends to further increase the vaccination rate, and aims for a target of at least 90% vaccinated by the age of 12 by the end of the current month. In fact the only restrictions that remain are on entry to Denmark, which classifies countries by morbidity level and requires PCR tests in most cases from those who come to visit the country.

Legally, the government has said the plague is no longer defined as a “critical threat to public health” and therefore the measures and restrictions imposed in the past are no longer valid. However, she stressed that “if the situation changes and we experience a spike in morbidity we can restore the regulations.” “Even though we are in a good place right now, we have not completely recovered from the plague,” the health minister said at the weekend.

Compared to other countries, it can be said that Denmark adopts the “British model” that lifted most of the corona restrictions on July 19, ignoring the Israeli experience. As a result, there are those who criticize the state’s approach, and especially the fact that in the lower age groups returning to school there are no vaccines, and that the disease may spread. The Danish newspaper “Politiken” called for the opening of the clubs and the removal of the restrictions “an excellent recipe for creating an adhesion bomb in Corona”.

Currently, the daily number of new Corona patients in Denmark is about 900 people, but the number of Corona victims is only about 2-3 people.

One thought on “The British model for Corona, the next generation, is generally found in Denmark”