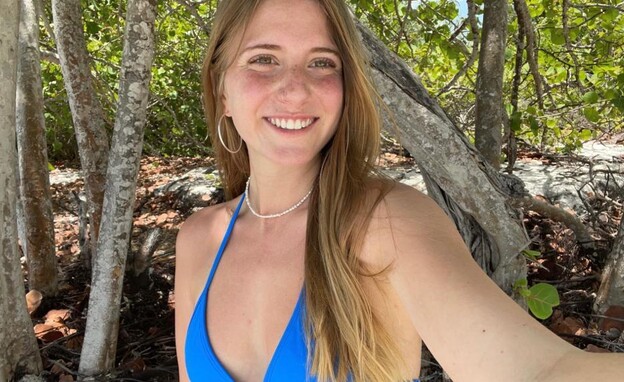 Emily Levy, 22, from Shaarei Tikva, was a particularly flexible girl who excelled in artistic gymnastics, until one day the flexibility began to come against her and her medical condition deteriorated. “I was always terribly flexible, I knew how to make spaghetti easily and I thought it was cool but I never understood what was behind it.”

When she was 15 Emily first dislocated her shoulder, and since then dislocations of organs in her body have become routine: “I suffered from hand pain until at some point I stopped writing at school. I would regularly dislocate my shoulder. At first no one knew what I had, they thought it was inflammation. “In the joints but nothing would help. I had to stop running, swimming and gymnastics at once because the sport caused me pain.”

In an attempt to figure out what causes Emily’s body organs to disintegrate again and again, she has visited specialist doctors around the country but none of them have given a diagnosis. “I would repeatedly suffer from rib dislocation and fought to keep them in place. No doctor had ever heard of a condition of rib dislocation so frequently and there were doctors who did not believe me.”

Thanks to watching the “Grey’s Anatomy” series she finally discovered what she was suffering from: “In one episode of the series I first heard about the Ahrels-Danlos syndrome and they described a situation exactly the same as my own. I read online and was convinced that was what I had.”

“I am a very hyper-active and energetic person and suddenly I had to learn to breathe again,” Emily repeated, “I could not lift anything and could not sleep at nights.” In the breaking moments of the pain that gripped Emily to bed, she continued to research treatments and flew specifically to a clinic in the United States to receive treatment with a prolotherapy technique: an injection method for chronic pain problems.

When she returned to Israel, Emily decided to open the Prolo-Cure clinic in Petah Tikva, so that she could provide patients in her condition with the medical solution. The method is based on injecting solutions into the temple to encourage the body to produce a greater amount of collagen, which strengthens the connective tissue of the muscles, tendons and ligaments in the body.

Dr. Isaiah Benedict, a specialist in orthopedic trauma who works at the clinic explained: “Over-flexibility can be a misdiagnosis for people who suffer like Emily from Ahrels-Danlos Syndrome. “The syndrome causes repeated dislocations of organs regardless of trauma, for example from the centrifugal force exerted on the vehicle while driving – ribs may suddenly come out of place.”

Today the method of treatment for prolotherapy is common in the United States but not in Israel, possibly due to an attempt to solve many orthopedic problems through surgery instead of through treatment. Dr. Benedict described: “We offer prolotherapy in the clinic and seek to make the field accessible to the public. In many cases in the field of orthopedics, the pain problem will be solved through surgery. Prolotherapy is a change of attitude that tries to understand what is the cause of the chronic pain and not an outcome that needs to be addressed in surgery. The treatment is suitable for those who suffer from chronic joint pain, fibromyalgia patients and anyone who suffers from acute injuries such as athletes. “Prolotherapy injections can speed up the recovery process.”

Pizza: All the health benefits of the most favorite dish

Have you always wondered how polluted the pool is? This is the answer that will shock you