How does music affect health and mood? 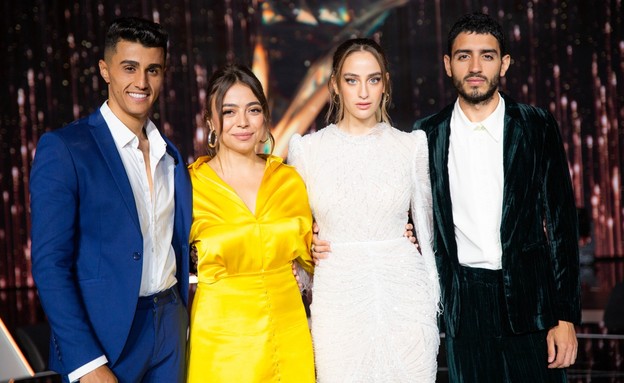 Tonight (1.9) will be the grand final of the next star 2021, at Zappa LIVE Park Rishon Lezion. Everything is ready on the way to winning – the vote is already open for your election, the final quartet has released the songs with which they will try to win the hearts of the audience and the judges on the way to the grand prize, and we are all waiting with the confetti for the big winner. Too much stress is also not something that helps health, so we can take comfort in the fact that we will be a few more hours after that. In the meantime we went to see how music affects our body and mind, and found quite a few reasons to celebrate tonight’s grand finale.

In the last year and a half we have all sung more, hummed more and listened to music in every safe and possible way. From the singing of the mass balconies to periods without performances and events that connected us strongly to headphones, home speakers and live performances online. Research Recently tested the power of music to reduce anxiety and change negative feelings during the corona. The study was conducted by a group of researchers from around the world, led by Prof. Roni Granot from the Department of Musicology at the Hebrew University, and included thousands of subjects from 11 countries.

The research team conducted a survey among respondents that examined whether they suffer from depression, anxiety and stress during the period of virus spread. In addition, the researchers asked the subjects what are the goals related to mental well-being that are important to them such as maintaining a good mood, feeling together and reducing loneliness as well as which activities were effective for them in achieving the same goals. Music is on the list of activities that are considered to contribute to mental and physical well-being, such as: sports activities, reading or listening to books and raising pets.

Italian opera singer Andrea Bocelli performs a selection of hymns in an empty cathedral against the backdrop of Rome’s desolate landscapes during the Closure:

An important role for exposure to music from an early age

The study found that music was found to be most effective in achieving most of the goals compared to the vast majority of activities. This finding is perceived as sweeping in all countries, independent of gender and influenced only slightly by the age of the listener. It turns out that older listeners tended to use music more than young people to deal with loneliness, while younger people used it more to achieve enjoyment and maintain a positive mood.

An interesting statistic that emerged from the study found that there is a strong relationship between the importance that the subjects attach to music in their lives, and the success of music in achieving the goals that are important to them. This statistic highlights the fact that the more we know about the positive effects of music on our lives, the more the songs we hear will have a positive effect on us.

“Whenever we choose what to listen to, we are actually doing a ‘self-care’ process that involves identifying (even if unconsciously) our emotional state, and tuning the music in order to amplify, or regulate it.” Prof. Granot summarizes the findings of the study. “Because the factor that best predicts whether music will benefit you is the importance you feel music has in your life. It plays an important role in exposure to music from an early age, music education, and participation in any joint musical activity including singing, dancing, playing, or going to music shows.”

5 more positive effects of music on the psyche: