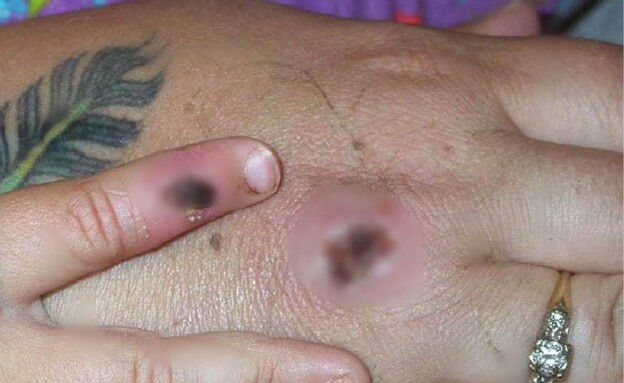 Countless scientific studies are published every day around the world and the vast majority do not reach the news sites and social networks. That’s why we decided to put you in order and with the help of the Davidson Institute we will publish every week the most interesting research and innovations in the world of science.

The fear of an outbreak of monkey pox disease

In recent weeks, several cases of monkey pox disease have been identified in Western Europe and North America. The disease was first detected in the UK and in recent days also in Spain, Canada, the United States, Portugal and Sweden. The spread of the disease in some countries is causing concern in world health bodies due to the fear that the virus will start spreading in the population even outside its normal distribution area, in Central Africa. Right now there is no real cause for concern. The number of patients identified so far is very low – only a few dozen verified or people who are suspected of being infected. It is likely that now, once active monitoring of the disease has begun, more infectious agents will be discovered. According to one hypothesis, the timing of the eruption is related to the resumption of world tourist traffic following the removal of corona restrictions in most countries. In any case, there is an effective vaccine against monkey pox, the same vaccine that eradicated smallpox in the late 1970s. In the UK, people who have been exposed to patients have already begun to be vaccinated.

Dingo: Between a dog and a wolf

Dingo dogs came to Australia from East Asia 8-5 thousand years ago, and have since evolved separately from other dogs and wolves. As a result, their evolution was different from that of the domesticated dogs we know today. In a new study, scientists examined exactly where the dingo is located in the evolutionary tree of the canine family.

The researchers examined the genetic sequence of a pure dingo, and compared it to domesticated dog breeds, such as the Labrador, the Boxer and the German Shepherd, and the Greenland wolf. Such a comparison makes it possible to compare the degree of similarity between animals and thus learn about the evolutionary connections between them. The test revealed, for example, that modern dog breeds, whose diet includes starchy foods, have many copies of a gene that allows them to break down starch into sugar. In contrast, dingo and wolves have only one copy of the gene. This difference also created a difference in the composition of the intestinal bacterial population of the dingo compared to other dogs.

The researchers conclude that due to the isolation from the rest of the world’s dogs, and the different environment in which the dingo developed, their genetics are different from those of modern domesticated dogs. So they represent an ancient branch of dogs, distinct from the other dogs we know. According to the researchers, such studies can teach us a lot about the genetics of our canine friends and even help research and treat the genetic diseases of purebred dogs.

For the full study (in English)

The breed does not make the dog

Most people have certain perceptions about the character traits of dog breeds: which breed is friendly, which ones are anxious and which ones are easy to train. But can the breed of the dog predict his character well? According to a study examining the behavior of more than 18,000 dogs and the genes of more than 2,000 of them, the answer is no.

Dogs were the first domesticated animals. Over the years, lineages of dogs have been formed that have specialized in certain roles, such as hunting dogs or shepherd dogs. Their owners chose in each generation the dogs that were particularly good at the job they were intended for, and so different lineages developed slightly different traits and behaviors.

The dog breeds we know today were created in the 19th century. The people of the time began to breed dogs as a hobby, and therefore tended to hybridize dogs according to appearance, rather than behavior. Despite this, many people strongly argue that different races have a different character. The study found only a few traits related to the breed, and they also did not appear in all dogs of a particular breed. It has been found that only about nine percent of the variance in dog behavior is explained by their breed. Ultimately, each dog has its own personality and character, which are influenced by genetics but also by what it has gone through during its life.

The colorful feathers of the flying reptiles

Pterosaurs, reptiles that flew with the help of leather wings tens of millions of years before the birds, were covered with colorful feathers. Researchers from Europe and Brazil have examined a well-preserved fossil of a tupandactylus imperator, dating to about 113 million BC. This species had a large bony humpback, and the researchers identified at its base, in the fossil, small, branched fibers that are very reminiscent of feather feathers. According to them, the fibers are not only reminiscent of feathers but are actually feathers.

In addition, examining the feathers using an electron microscope revealed that they had tiny bodies, called melanosomes. These are reservoirs of the dye melanin, which gives the color to the skin, feathers, hair and eyes of animals, including humans. The melanosomes found in the pterosaur fossil indicate that these ancient creatures also used the same color to give color to their feathers. And the structure of the melanosomes indicates that the ancient flying boasted an example that included several colors.

New genetic therapy, which has completed the third and crucial phase of clinical trials, may save patients with the most common type of hemophilia from the need for almost daily injections.

Hemophilia is a genetic disease that causes blood clotting problems and recurrent bleeding. The new experimental treatment, in a method called gene therapy, is given in a single infusion of trillions of engineered viruses that carry within them the instructions for the production of the proper protein that patients lack. As the researchers hoped, in most of the trial participants, the treatment stimulated their liver cells to produce a sufficient amount of active protein to prevent the bleeding or at least moderate it for at least a year compared to patients who received the conservative treatment. However, most patients experienced side effects, sometimes severe. Further research will be needed to determine if the one-time treatment has an effect over time, or whether ways need to be found to be repeated more times.

Bees are able to distinguish between even and odd numbers

Bees are the second animal, after man, to be able to distinguish between even and odd numbers, including numbers they have never met before. Bees can learn to solve problems even though their tiny brains contain less than a million nerve cells. The human brain, for comparison, has 86 billion neurons. Despite their tiny brains researchers have been able to train bees to perform simple arithmetic operations and even understand abstract concepts.

Now, researchers from Australia and France have taught two separate groups of bees to distinguish between even and odd numbers. They trained each group with the help of tabs on the back of a varying number of shapes. If the bees chose the right tab they were given a tempting reward: sugar water, and if they were wrong they were given water with a bitter substance. After a period of training the bees were able to choose the right option in 70 percent of the cases. They managed to do it even though the cards also included items they had not seen in the training phase.

Pizza: All the health benefits of the most favorite dish

Have you always wondered how polluted the pool is? This is the answer that will shock you