It was the year of the corona vaccines 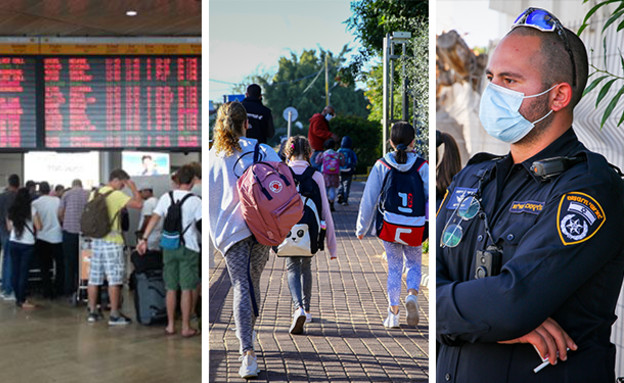 Today, a year ago, the world was in a completely different place – after the illusion of the epidemic moderating in the summer months shattered, it was clear to everyone that a significant wave of illness would wash over the world in the winter. The scientific press began to publish studies on new variants of the corona virus that were discovered in South Africa, Brazil and the United Kingdom and began to trickle down to other countries. Without an effective remedy, without a vaccine and without public and economic power to stand while a suffocating closure, the situation looks bad. The clinical trials in the vaccines of the companies Pfizer, Moderna and Astra.Zenica were in the midst of the third and decisive phase and they all held fingers for their success.

Two months later the rules of the game changed completely, when the first vaccines were approved and began to be distributed around the world – and especially in rich countries.

The vaccine that changed the picture

There is a very significant difference between corona morbidity with or without an available vaccine. History teaches that every plague eventually fades after enough people are infected, and the question is just what price it will charge along the way, in human life and suffering. This rule was true of plagues in the Middle Ages, of Spanish flu in the early 20th century, and is also true of Corona. When our immune system encounters a virus, it learns it and develops antibodies so that the next time we are infected the disease will usually be less violent. Over time the virus has fewer opportunities to infect and the plague subsides.

The thing that fundamentally changed the rules of the game was the ability to develop a safe and effective vaccine very quickly, which saved many people the need to get infected and get sick and significantly shortened the duration of the plague. All of the restrictions we experienced last year were basically meant to pull time and save human lives until we could get vaccinated.

Nice to meet you: first and second course

This year we learned a lot about the vaccine. It can be said that there is no medical treatment in history that has been learned about so much in such a short time. Immunization policy has varied from country to country. The UK, for example, has vaccinated with two main technologies – PRR and Moderner mRNA vaccines, and vaccines based on viral vector technology (Astra.Zenica and Johnson & Johnson). Because of inventory constraints and dealing with a particularly severe outbreak of the disease, they spaced between doses and sometimes even gave the second dose a different vaccine than the one given the first time.

EU countries started vaccinating relatively late and the vaccination campaign only got underway around May. In South America and East Asia, Chinese and Russian vaccines were mainly used. So at this point it is already possible to thoroughly assess which vaccines are more effective and which are less and what their safety standard is. The conclusion that emerges is that currently mRNA vaccines are the most effective followed by Western viral vector vaccines and finally Chinese vaccines.

Delta: The fight against the virus continues

After the success story of the rapid immunization in Israel, which completely halted the third wave of morbidity, many countries accelerated the rate of immunization of their citizens – but then the rules of the game changed again. The virus, like any biological creature, undergoes changes (mutations) all the time. Most of these changes are insignificant, and some even cause him harm, but a tiny minority of these changes actually bring him benefit, and for example allow him to infect people more easily.

Another problem with these changes is that the more different the virus is from the virus against which the vaccine was designed to work, the harder it is for the immune system to recognize it, and therefore it will be easier for it to infect people. Around May, an outbreak of the Variant Delta began in the UK, and the number of people infected increased rapidly. In contrast to previous waves, they noticed that mortality did not increase at the same rate, probably because vaccines still protect against a serious disease even if their effectiveness in preventing infection has diminished. So in a controversial move, they decided to contain the disease, lift most of the restrictions on the public and “live next to the virus.” A similar policy has been adopted in other countries, including Israel.

But the picture in Israel was a little different. As Israel was the first country to end up vaccinating most of its adult residents, it was also the first to witness a decline in immune memory, with more and more adults vaccinated in early winter beginning to become infected in early summer, especially when traveling abroad. In addition to boosting the vaccine (third dose), the first evidence shows that the additional vaccine cream will indeed help us get through the current wave in peace.

Begin a year and its blessings

The big question mark is what next? What other variants are expected to arrive? Will they be more contagious than their predecessors, perhaps more violent? Will they harm populations that were previously less susceptible to the virus? And when will it be time to develop a new vaccine that will be adapted to the new variants? 5752 is also expected to be an interesting year.