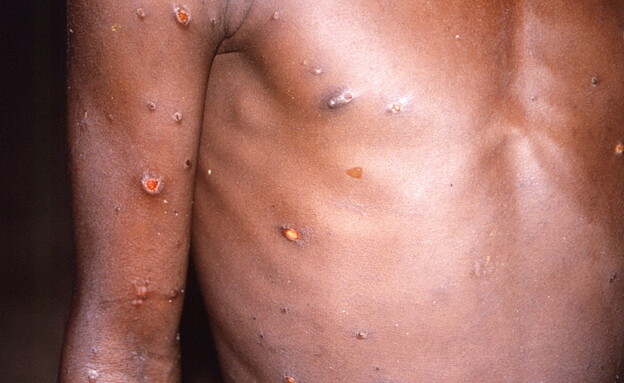 Following the report of the first case of monkey pox in Israel, the Ministry of Health announced that the diagnosis had been confirmed. The epidemic team of the Ministry of Health will convene tonight (Saturday) for an urgent discussion. “We know of a suspicion of one case of smallpox in Israel, when there are already several cases in the world that have been discovered mainly in European countries,” said Dr. Arnon Shachar, head of the information and digital health department at Maccabi Health Services and a member of the Ministry of Health’s epidemic team. “There is no fear of an epidemic on the scale of the corona, but we must act in a focused and careful manner.”

Monkey smallpox in Israel: everything we know about the disease

“Compared to the corona, we know this disease and know how to deal with it,” he added. “Like other viral diseases. It is expected that such and similar cases will receive public attention in light of the last two years – but such cases have been before and will be in the future, this is part of the constant struggle of science and health systems. “Doctor. From the point of view of the general public, there is no need to change habits at this stage.”

A man in his 30s arrived at Ichilov Hospital yesterday with symptoms of the disease and was hospitalized in isolation. The man returned from a trip to Western Europe and arrived at the hospital emergency room with suspicious lesions. His condition is mild and he has been placed in isolation for evaluation and supervision.

Prof. Dror Mevorach, director of the internal medicine department at Hadassah Ein Kerem Hospital, said in an interview with Seder Olami that there is no room for panic following the outbreak of monkey pox, but a place for follow-up. According to him, there is a drug that is currently approved for treatment, along with a vaccine against the disease. “No special measures should be taken because its mode of spread is less rapid, low and should not reach pandemic,” he noted.

In recent weeks, several cases of monkey pox disease have been identified in Western Europe and North America. The disease was first detected in the UK and in recent days also in Spain, Canada, the United States, Portugal and Sweden. The spread of the disease in some countries is causing concern in world health bodies due to the fear that the virus will start spreading in the population even outside its normal distribution area, in Central Africa.

The number of patients identified so far is very low – only a few dozen verified or people who are suspected of being infected. It is likely that now, once active monitoring of the disease has begun, additional infectious agents will be discovered. According to one hypothesis, the timing of the eruption is related to the resumption of world tourist traffic following the removal of corona restrictions in most countries. In any case, there is an effective vaccine against chickenpox, the same vaccine that eradicated smallpox in the late 1970s. In the UK, people who have been exposed to patients have already begun to be vaccinated.

According to estimates, there seems to be no potential for mass disease of monkey pox in Israel. Of the 100 infections that have been detected around the world so far – only one has been detected in Israel. Although the disease is transmitted through contact, including sexual contact – it is not a venereal disease, and it is not contagious like corona or measles. However, what worries the world’s top experts is the recent eruptions and anomalies outside of Africa.

Tal Bosch, secretary of the epidemic treatment team, referred to the N12 call for the new outbreak: “I do not think we should be anxious about the monkey pox epidemic in Israel at the moment. It is not the type of virus that has caused widespread outbreaks anywhere in the world.” However, he stressed that “we need to be vigilant, because this is a serious disease that can get complicated in some cases and even lead to mortality.”