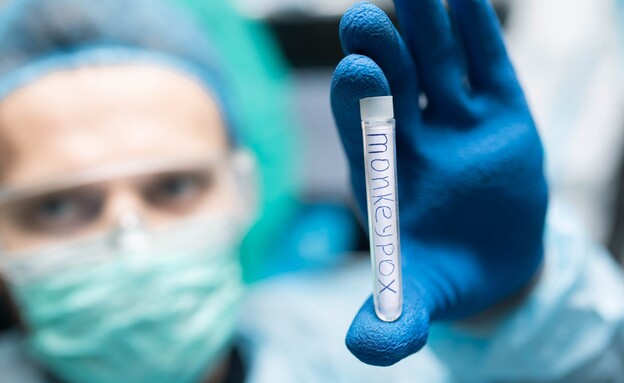 Against the background of the dozens of cases reported in the world, including the first case in Israel, the Ministry of Health wants to reassure and senior officials emphasize that this is not currently a significant outbreak of monkey pox, certainly not in Israel.Two cases of patients suspected of having chickenpox have been ruled out, so that in Israel there is currently only one patient with the disease. A senior official in the Ministry of Health emphasizes that this is a known virus, without many variants and one that requires very close contact with the infection, so there is no fear of hundreds and thousands of people contracting the disease.

The virus can be transmitted at any close contact

Earlier today, Dr. Yael Paran, director of the Infectious Diseases Unit at Ichilov Hospital, noted that the updated vaccine approved in the United States in 2019 is not currently available in Israel. In this context, the Ministry of Health is not required at this stage to issue the vaccine unless further contacts are discovered and the risk increases. At the same time, although the issue of vaccines for the disease is not being considered there, moves have begun to import drugs that are not found in Israel.

According to the updated guidelines, those at risk are mainly people who come from abroad and in case they also have a blister rash, they should be isolated until a comprehensive examination. Adults who were vaccinated against smallpox by the 1980s are probably more protected than young people.

The Ministry of Health explains that what is behind the outbreak lies in a change in the behavior of humans, not of the virus, presumably due to a sequence of parties that were in Europe to which they came authenticated to the virus.

There are currently no special guidelines. The Ministry of Health works mainly to raise awareness about the risk that exists in the population of men who have relationships with men, because of the infections and not because of the disease. The virus can also be transmitted through heterosexual contact or any other close contact.