Rising trend in corona cases in the US: Which countries are leading the way in morbidity? 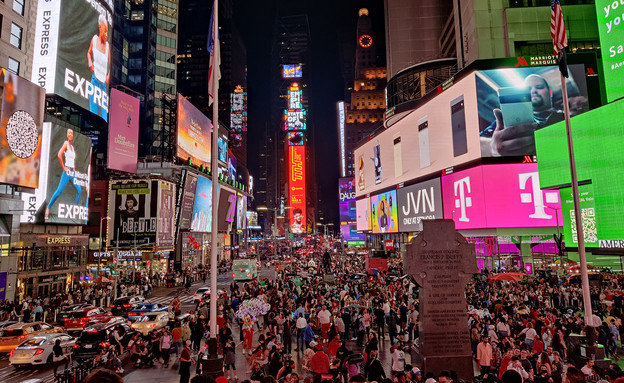 This week the world is thrilled by an old disease that has suddenly come from Africa to the West, where they are not used to it, monkey pox. There have already been about 200 verified and estimated cases, Two of them are in Israel, and the various countries are immersed in epidemiological tests and investigations.
But while the media is counting blisters, the corona is still here, coughing with us, and every day many more patients are counted in the world. In fact in the last week for the first time since March there has been an increase in the number of global corona cases. The daily average per week has risen from half a million to about 800,000, and this is a situation in which quite a few countries that have tested well in the past are no longer testing.

Part of the increase or even most of it was caused by North Korea entering the table of countries updating Corona cases, and not just entering, but entering in a big way. Only a few days have passed since the state admitted its first case since the outbreak of the plague, and about 2.6 million cases have already been counted there. The numbers are approximate of course, because this poor but nuclear country does not have the capacity to test so many patients. The official death toll already stands at 67. The country’s faltering health system has no capacity to treat so many patients. Help offers from around the world remain orphaned, meanwhile trying to fight Corona through there Traditional medicines, antibiotics and painkillers, as if there has never been any experience and knowledge accumulated over two and a half years on how to improve patients’ chances of survival.

Another country that “contributes” many patients to the meter is Taiwan, which also successfully repelled corona disease for more than two years until it was overtaken by the overly contagious omicron. For the past month, the numbers there have been rising and in recent days about 90,000 patients have arrived there every day. Even the deaths are unprecedented on the island. Today the reported death toll reached about fifty, and yesterday to sixty. As part of the country’s first serious confrontation with the virus, Distance learning systems are transferred there and speed tests are distributed. Unlike North Korea, in Taiwan most of the population is well vaccinated, with Western vaccines And even in one local vaccine And about 63% of residents received an impulse shot. In the next few days, a vaccination campaign for children will begin there.

In the United States, about 100,000 patients have been registered daily in recent days. They, too, are on a slow upward trend, with the leading states being Florida, New York, New Jersey, Texas, Virginia and Little Kentucky. The total number of deaths since the outbreak in the United States Crossed the million line. Between 200 and 300 people still die there every day. Although the United States is a leader in the global death index, it is only because of the size of its population.

In the death toll per capita, the world leads Peru, followed by countries in Eastern and Central Europe, Georgia and Brazil. They are all ahead of the US in the table, and that is without including countries that lie in their reports.

Here in Israel, the Ministry of Health will allow from night to night Remove masks on flights, but here too the corona has not disappeared. The infection rate since the beginning of the month has been around 1. The average number of patients per day does not fall below 2000, which is when many citizens have no incentive at all to be tested. The percentage of positives in the tests is about 10%. The number of patients in critical condition this morning was 101, and the updated number of deaths reached 10,827. While we are spying on blisters, the corona is still with us.