Adolescents may experience more severe side effects than the 3rd vaccine 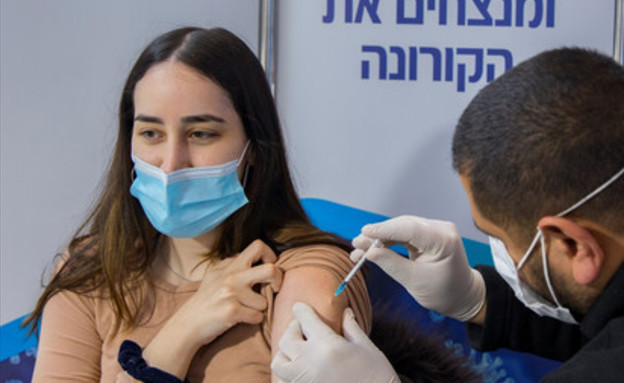 Young people report side effects after the 3rd dose: The booster vaccine campaign has expanded to the general population over the age of 12 and in the last week, there have been increasing reports of young people experiencing more severe side effects following the booster – from high fever, through weakness and fatigue, to muscle aches, injection site pain and other symptoms. A senior HMO official said in an interview with N12: “We are seeing an increase in complaints about side effects among young vaccinators in the third dose.

The side effect profile is similar to that found after the second vaccine dose, but it seems that as you get older, the chances of feeling side effects increase. It is important to note that most symptoms are mild and go away after 24 to 48 hours. Meirav Weiss, 26, from Tel Aviv, was vaccinated over the weekend and experienced side effects: “Immediately after the vaccination I felt good, but towards evening I started to feel weak and when I stood I was dizzy. The next day I already felt completely drained and could not get out of bed.”

“My partner was also finished following the vaccine. I posted an update on Instagram and a lot of companies contacted me, sharing that they experienced the same thing. Our frustration was because they did not warn in advance that the effects could be more severe than the first and second vaccines. “Wednesday and Thursday. If these are the symptoms of the vaccine, I do not want to imagine what happens to the virus itself – it is a damn disease,” Weiss continued.

Tal Cohen, 30, from Jerusalem, who was vaccinated in the third dose, said that “almost everyone I know who was vaccinated in the third dose experienced side effects. I did the booster vaccine last week, the next day I had a fever and felt weak. I left work early because I did not feel well. “After I did the second vaccine, I had much stronger effects and was neutralized for two days, so this time it was tolerable.”

The younger the person, the higher the chance of side effects

“The younger a person is, the better they respond immunologically and at the same time: there are also more side effects,” explained Prof. Galia Rahav, director of the Infectious Diseases Unit at Sheba Tel Hashomer Medical Center in a conversation with N12. “This conclusion also emerges from studies we conducted on the second vaccine dose. The impression given by the public and the health funds is that there are more side effects, but these are transient and insignificant feelings over time. Most people hospitalized in intensive care are not vaccinated and regret it. They are garlic peel compared to lying in intensive care. “

What is the explanation for the increase in reports of side effects and is there anything to fear? Dr. Oren Kuibler, a virologist from the Faculty of Medicine at Tel Aviv University, noted that “we do not know large enough data, but in the second vaccine dose the profile of side effects among the young was more common than among the older population.”

“The Ministry of Health and the HMOs also depend on the air: people do not report these side effects, which usually go away after a day or two. This time there is no significant data collection and this may create problems in the future,” Dr. Kuibler added. Abnormalities following the third vaccine. If we had seen hospitalized following a third vaccine it would already have been a red sign that should have woken us up, but that is not the case. From past experience with vaccines, when another vaccine dose is given from the same composition – there is no aggravation or change in side effects, but a repetition of known effects. “