7 Things You Did Not Know About Premenstrual Syndrome (PMS) 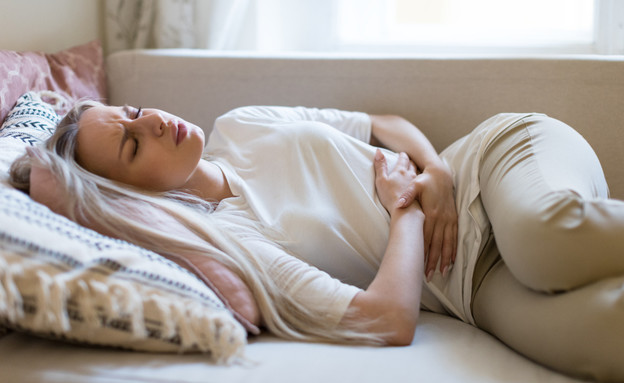 For years, patient L. suffered from a disturbing phenomenon: a few days before menstruation, she had to deal with feelings of nervousness, hunger, restlessness, or as she defines all of these “prey”.

“Only when menstrual bleeding started, all the symptoms disappeared and there was a tremendous sense of relief,” she says. “It’s really like not knowing yourself – a whole week of madness.” According to her, this condition only got worse over the years, until she started treatment with a new drug without a doctor’s prescription called ®Agnucaston. “Two months after use I already felt like a new person. All the symptoms disappeared and I felt no change in the days before menstruation, except for a feeling of hunger that remained.” If patient L.’s story sounds familiar, it’s probably because it’s a very common phenomenon that bothers many women ahead of their menstrual cycle, known as “premenstrual syndrome” (PMS).

To better understand the characteristics of the syndrome and learn about ways to live with it in a good quality of life, we spoke with Dr. Oren Tene, director of the Mental Health Clinic in Ichilov, about some of the most worthwhile things to know about the common syndrome.

The symptoms – both physical and mental

“The syndrome can manifest itself in physical symptoms such as – abdominal pain and indigestion, joint pain, feeling bloated, tenderness in the breasts and even weight gain due to fluid accumulation in the body. basket.

“On the other hand, mental symptoms may include: depression to deep depression, anxiety, fits of anger and rage, fluctuations in emotions and hypersensitivity, crying attacks, changes in sleep or difficulty falling asleep, fatigue and impaired concentration. These symptoms begin to appear around the time of ovulation – about two weeks before menstruation. Some women suffer from the symptoms throughout the period between ovulation and menstruation, but most experience symptoms mainly in the week before the onset of bleeding. So the symptoms go away, until next time … “.

The severe version of the syndrome is considered a mental disorder

As mentioned – 5 percent of women of childbearing age suffer from the syndrome with a significant degree of severity. “In fact, this condition is included in the category of mental disorder according to the psychiatric diagnosis book – DSM-5, and is known as premenstrual dysphoric disorder (PMDD “Premenstrual Dysphoric Disorder), and it usually greatly affects a woman’s life and requires treatment,” explains Dr. Tene.

Women of all ages are affected by the syndrome

Contrary to popular belief, premenstrual syndrome – PMS – does not characterize only women of a certain age and it may spread over a wide age range of women of childbearing age.

The cause of the syndrome is not known for sure

“We still do not fully know the reasons for the onset of the syndrome and why some women suffer more than others,” explains Dr. Tene. It is also known that there are interactions between sex hormones (such as estrogen and progesterone) and neurotransmitters in the brain such as serotonin – although the nature of the connection is unknown. ”

The good news: The symptoms of the phenomenon can be treated

Fortunately, the existing treatments on the market make it possible to deal with the bothersome symptoms. Women who suffer mainly from physical pain symptoms can be helped by anti-inflammatory drugs from the ibuprofen family. In contrast, antidepressants may help women who suffer from depression-related symptoms, although these only help about two-thirds of them. Birth control pills can also help some women, but they are not without side effects and can sometimes aggravate the situation and cause mood swings.

As mentioned, another reinforcement player named ® recently entered the treatment systemAgnucaston. This is a herbal medicine that is given without a doctor’s prescription and is approved for use in Israel for the treatment of premenstrual syndrome (PMS). “The drug does not contain hormones and contributes to the balance of a neurotransmitter (neurotransmitter) called ‘dopamine’ – which actually helps women who suffer from the phenomenon to feel a significant improvement, both in physical and mental symptoms,” says Dr. Tene. Take the drug for at least 3 months in a row during the monthly bleeding. “Dr. Tene points out that beyond the use of drugs, there is some evidence that supports maintaining a healthy lifestyle, which includes combining exercise and maintaining a low-carbohydrate diet. Also CBT psychological treatment Can help primarily in favor of emotional regulation.