Rare surgery to separate twins attached to their heads 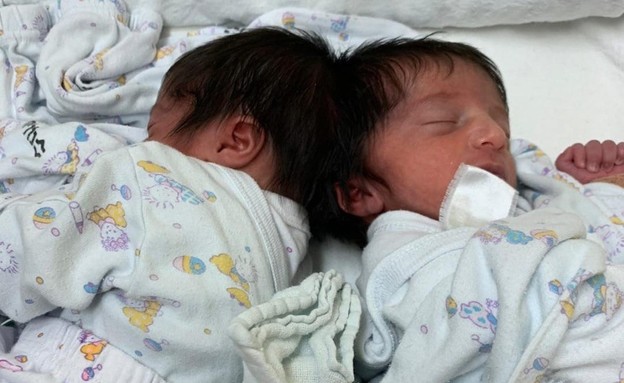 A rare operation to separate twins attached to their heads was performed last week at Soroka Medical Center. The twins, girls of the year, were born in the hospital in August 2020, with their heads attached at the back of it. Dozens of staff members accompanied the family from the moment of birth until the day of the operation and preparations were made for their complex birth, which included a dedicated team that was held for many months in a sort of operation order in preparation for the day of separation surgery. Head of the Department of Neurosurgery: “Rare and Complex Surgery”.

Over the past few months the twins have undergone extensive tests, been under continuous monitoring by the Institute for Child Development at Soroka along with the social service that accompanied the family members, in addition to close and close medical monitoring of both cardiac and respiratory function.

The team used two models for the analysis: three.dimensional models and virtual reality models. The three.dimensional models of STRATASYS, 3D4OP are based on MRI, CT, and angiography imitations and they simulate the complexity of the connection of the blood vessels, meninges, skull bones and skin of the two. Using the VR model of the SURGICAL THEATER company, it was possible to make simulations of the analysis and plan in the exact way possible. Using this model it is possible to go into the depth of the connection between them, see common blood vessels and perform a simulation of all stages of surgery. Dozens of repetitions and simulations of all stages of the operation were performed in each of the models of all the partner team members.

Dr. Mickey Gidon, Director of Pediatric Neurosurgery at Soroka: “This is a rare and complex operation, performed so far in the world only about 20 times and for the first time in Israel. And in this case even in very young babies. The surgery and the preparation for it were performed by the best and most skilled staff at the hospital, and it reinforces the feeling that it is thanks to us that we have become doctors. The next few days will be critical in the process of the twins’ recovery and recovery. ”

The surgery, which lasted about 12 hours, involves about 50 staff members from each hospital who took part in both the many preparations and the execution: specialists in neurosurgery, specialists in plastic surgery, pediatric anesthesia specialists, pediatric intensive care specialists, brain imaging specialists, operating room nurses, staffs. Nursing, pharmacy, laboratories, social work service teams, logistics teams, as well as two international experts with previous experience in this type of surgery.