A powerful antibody was discovered that neutralizes all corona strains 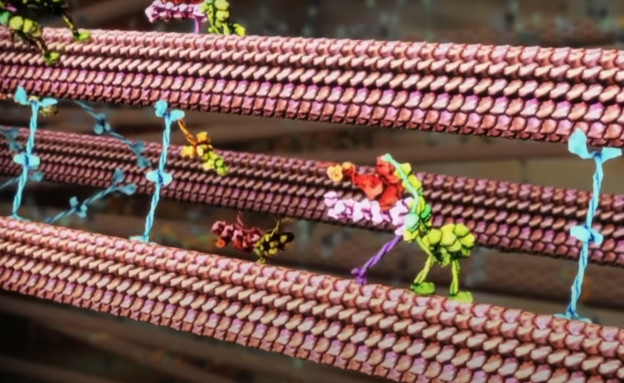 If when it comes to vaccines we seem to be in good shape, at least for the near term and subject to the various mutations that may reopen everything, then there is another front, perhaps lesser known, in defending against the virus – drugs that may prevent the development of a serious disease after infection. In the last year there has been a significant development in the development of effective antibody.based therapies. A recently discovered antibody has been able to neutralize not only all strains of the corona virus, but also other viruses associated with respiratory infections.

A scientist at the University of Berkeley discovered the antibody called S309, which is described as an unprecedented antibody with neutralizing power to all strains of the cube. “This antibody, which binds to the unknown location of the corona virus’ prickly protein, appears to neutralize all known viruses that cause mammalian infections,” said Berkeley University researcher J. Knicks, who discovered the antibody, “because of the unique link to the mutation.resistant site. “The virus may make it harder for a new species to escape.“

The new antibody was discovered in an in.depth study by an international research team that examined what causes certain antibodies to be resistant to the virus against other antibodies that do not respond in a virus state. Through biochemical and structural analysis, deep mutation scanning and laboratory experiments, they identified the antibody and if it is indeed approved and put into use by the health system, it will be able to provide a highly effective answer in cases of severe viral diseases.

How do antibodies affect the virus?

Spreading viruses usually undergo genetic mutations over time. Every new strain born has new rules and they can spread more easily, evade the immune system or cause more serious diseases. The mutations develop randomly and it is very difficult to predict in advance whether and which mutations will appear and what their actual effect will be. To this end, scientists are developing drugs through the antibodies.

Antibody drug – The antibodies are protein molecules that react to foreign and harmful bodies that enter the body and try to eliminate them. The antibodies are formed randomly but are also used proactively to cure diseases in cases where the level of antibodies is low in the patient’s body. In many cases, new mutations can defeat the antibodies and destroy the entire immune system produced by the antibodies.

–
>> Israeli breakthrough in the war against the Delta strain
>> Scientists: A dramatic drop in the number of women in the world is expected

The FDA has already approved 3 such drugs, based on monoclonal antibodies, but as mentioned what works today will not necessarily work tomorrow, all subject to the new mutations. One version of the antibody that had already been approved, was later discontinued for precisely this reason. It no longer worked properly in the face of the new versions.

“By approving this treatment with monoclonal antibodies, we provide another option to help remove high.risk patients with COVID.19 from outside the hospital,” said Patricia Kabazoni, director of the FDA’s Drug and Research Evaluation Center. “It is important to expand the arsenal of treatments for monoclonal antibodies that are expected to maintain activity against the pathogenic versions of COVID.19 in the United States.“

A good reason for optimism

Currently the ability of the antibody has been tested in the laboratory, now further research will need to test its efficacy in humans. If it does turn out that the new antibody is able to withstand all the regenerating mutations, it can be a powerful weapon against all strains of the corona plague in particular and other deadly viruses that work in the respiratory tract in general.