How is it recommended to treat the bites of fire ants? 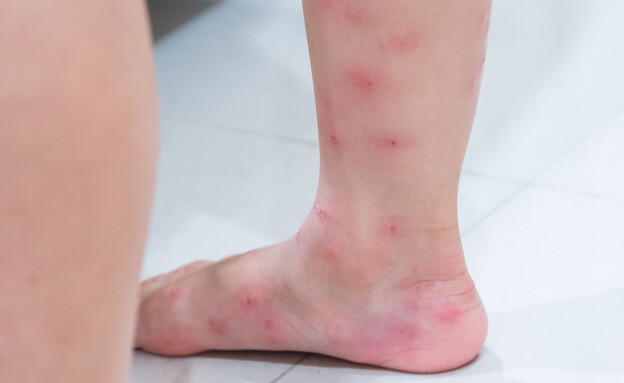 How are fire ports identified?The fire ants are about 1.5 mm long, and when their appearance changes they appear in a slightly transparent reddish brown color. The males and queens are darker and larger and reach 5 mm. Fire ants feed on retards and food debris, and are considered aggressive towards the rest of the ants. Although they are more dangerous to animals, their bite is not easy for humans either.

Are there fire ports in Israel?

Yes. Fire ants are most often found in the yard, although in the summer they may infiltrate homes, in search of food and water. Fire ants usually walk in a row and cling to the sides of the walls, they are attracted to humid and liquid places like the shower, kitchen and yard.

How to exterminate fire ants?

To deal with the damages of fire ants, it is important to monitor their distribution early. When they are in the early stages of establishment, they can still be exterminated or a small population preserved through pesticide treatments. But when they are based in a certain place, independent pest control will no longer suffice. In these cases professional pest control by a certified exterminator is needed, which is expected to bring about temporary relief by reducing the ant population in the area.

In any case, it is recommended to use only materials intended for fire ports and approved by the Ministry of Environmental Protection. The same materials are intended for use in the home or garden. Pest control is carried out using toxic baits when the fire ants collect them in the nest and thus damage to the queen will also occur.

How does a sting of fire ants feel?

Human bites can occur when ants are trapped between the skin of the body and clothing. The sting of the fire port burns and hurts and most often it occurs during the summer. The pain and symptoms can last for several hours and sometimes several days. The bite can look like a blister and then a burn.

Is the bite dangerous?

The bite does burn and is painful but not dangerous, and yet, there are areas in the body like the face, lips and tongue area that the bite may be more dangerous due to the swelling that can be caused. In general, the bite is more dangerous for children, certainly when talking about babies, so the bite area in the body also has meaning.

How are ant bites treated?

The treatment is local treatment, as long as no signs of allergy are seen. You can apply alcohol on the area or aloe vera. You can also buy a substance called biafin, without a prescription, which helps and relieves the burn area. In the case of children, if the bite is accompanied by itching, you should consult a attending physician for a prescription for oral penicillin drops. Itching should be avoided as much as possible which may cause infection and over-swelling.

In which cases is medical treatment needed?

As soon as signs of allergy appear or blisters or symptoms of shortness of breath, cough or suffocation have formed. Symptoms may worsen so preventative medicine should be taken. In exceptional cases where the bites are multiple in different parts there may be a situation where the body is extremely swollen and an ambulance should be called.