How do genes and mutations affect breast cancer? 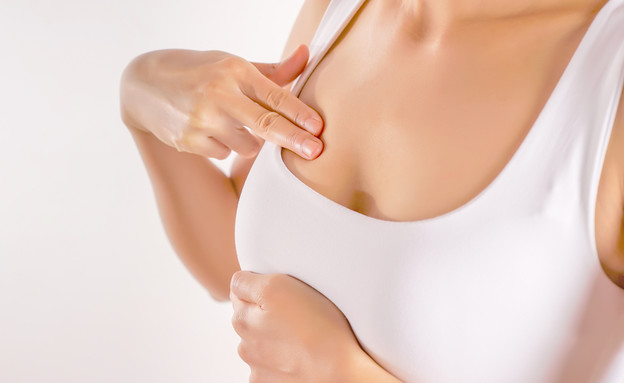 Metastatic breast cancer is defined as the tumor spreading from the breast to more distant organs, such as the bones, lungs, liver, brain and more. Metastatic breast cancer is an incurable disease, but today, thanks to new research and the development of new drugs, biological and immunological, it is possible to prolong the lives of patients and, of course, improve their quality of life.

“When talking about cancer in general and breast cancer in particular, the current tendency is to tailor the drug treatment through precise molecular characterization of the various genes that are in the tumor itself,” explains Dr. Noa Ben Baruch, director of the Oncology Institute at Kaplan Medical Center and chairman of the Breast Group. In the Association of Oncologists. “There are genes that indicate the possibility of specific treatment or resistance to specific treatment. Recently, new treatments have been added to the basket of treatments for breast cancer in general and metastatic breast cancer in particular, which rely on the molecular characterization.”

“The treatment for hormonal cancer, which most women suffer from, is with drugs that inhibit the production of the hormone estrogen or with drugs that prevent the effect of estrogen on the tumor itself,” explains Dr. Ben Baruch. Various enzymes in the cancer cell, can significantly change the response to hormonal therapy and the duration of the response. “When it comes to metastatic breast cancer, these drugs prolong the life of the patients.”

According to Dr. Ben Baruch, these drugs are widely used today, and they are an important breakthrough in treatment. “These are new data that are still being tested, but there is a chance that we will be able to use these drugs in the future for patients in the early stages of the disease as well.”

Custom medicine – according to the type of mutation

Another way to classify breast tumors is by mutations that occur in different genes. There are genetic mutations, that is – congenital, which are inherited from the parents, and there are somatic mutations, that is – acquired. Of the latter, the mutation in the PIK3 gene, which is found in 40% of patients with metastatic breast cancer, should be noted. This mutation predicts a less good response to conventional therapies as well as to the development of early resistance to hormonal therapy, which is common in these conditions. “Recently, specific biological drug therapy has been introduced against this defect. A combination of hormonal therapy with the new biological drug improves the response time of the treatments,” emphasizes Dr. Ben Baruch. There is a mutation in the estrogen receptor gene. ”

“In most patients in this type we find overexpression of the protein, but some have a mutation that causes an unexpressed growth of the protein. This condition also has a unique biological drug, which can be combined with a chemical or hormonal drug.”

Another line is related to a mutation in the BRCA gene. This is a genetic mutation that can be detected through genetic tests that are currently in the health basket for women of full or partial Ashkenazi descent. “There are cases where the tumor itself develops the mutation, which means that the mutation is not hereditary. These tumors also have a biological drug that can affect the treatment, whether the mutation is genetic or developed in the tumor itself.”

In negative breast cancer, an overexpression of a protein called PDL1 is tested for the three receptors, says Dr. Ben Baruch. Immunological therapies have significantly changed the treatment of various types of cancer, and recently we are also using them to improve the treatment of breast cancer. The results of the studies raise hope that the addition of immunological treatment to chemotherapy will improve the chances of a response and prolong the life expectancy of patients with this disease. ”

Dr. Ben Baruch also notes that a new study has recently been published that also inspires hope. We hope that in the future it will be possible to start treating immunologically with these patients as well, whether or not they have a protein presence. ”

One thought on “How do genes and mutations affect breast cancer?”