Make a gluing party and finish it 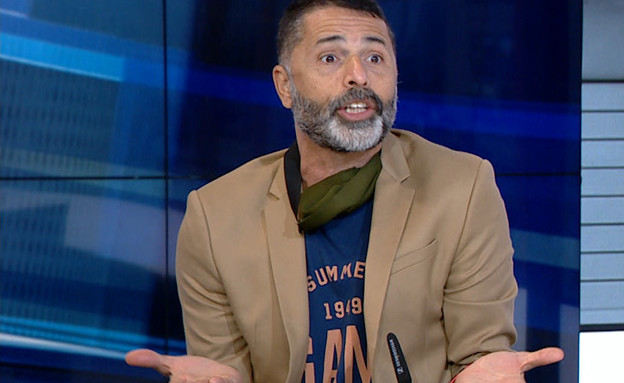 A little over a week after the start of the school year and it is already clear to everyone that something here is not working. Already now over one hundred thousand students are in isolation, and as long as there is no vaccine for children under 12, the numbers will only go up. After performing the serological tests a diligent failure, it seems that the only outline that works here, is to close one’s eyes and throw the responsibility on the parents who are forced to reopen every day with uncertainty. Each infected child drags the whole class after him for isolation and nerve.wracking waiting in the long queues of the quick tests, until next time and back for goodness sake.

Comedian Nadav Aboksis, a father of two, tweeted the following idea that probably many frustrated parents share, and provoked a slew of comments: And that’s it? ” He wondered, adding in another tweet that: “Instead of a child experiencing loneliness, isolation, distance, he will receive the opposite – correction.“

Why instead of putting an entire class in solitary confinement because a Corona patient was exposed, not to do the opposite, invite everyone to his house, do a gluing party, finish it in a few days (parents go into solitary confinement once and finish it, as well as the kids) and that’s it?
The children are asymptomatic anyway. Why drive kids, teachers, parents crazy?

Nadav’s tweet provoked a host of serious and funny reactions. One response perhaps reflected more than anything the impossible situation the parents are in: “Nadav Aboksis’s idea is shocking and permeates mainly because it is blatant. But it should be remembered that the idea of ​​an ‘green class’ is no less outrageous, and the Ministry of Health knows it. To cut off adhesive chains until Shasha Bitton came and discovered a new patent that would replace the insulation: antigen tests! “.

Interrogation of the prisoners apprehended above:
The six prisoners decided to flee in order to attend the infection party organized by Nadav Aboksis.

“Offering to infect children is childish and dangerous”

Dr. Erez Gerty of the Davidson Institute responded with a series of tweets and wrote at the beginning of his remarks that “I am writing this post as a doctor of immunology (not a doctor), a parent, teacher and citizen who is tired of people throwing destructive ideas just because they are tired of the situation. “Mild patients, do not even develop symptoms, in a small percentage they develop mild symptoms, but at the moment it does not seem that they have suffered any terrible damage.“

Despite this, he strongly opposed the comedian’s original proposal: “Suppose we decide to sacrifice a small percentage of children for the sake of routine – a distorted idea but suppose. What about the long term? We do not know what this virus does over time. Does it erupt again? Are there complications that we Do not know? Does he leave damages that we do not know about? Life is continuous risk management, also crossing the road is a risk and within that we have to maintain a reasonable life routine.We can keep the children and they will get infected anyway, it happens a lot and there is not much to do “To catch a child on purpose is to turn the roulette wheel – to deliberately gamble on his health for our convenience and it’s completely screwed up.“

In another tweet he summed up the situation because “the situation is difficult, unfair, annoying, we are exhausted, we are tired and we want to get over it already. The thing is that life is not always fair and we do not live in a Hollywood movie, maybe more like a bad Netflix series with many seasons. “We are done and the happy ending is approaching, there is a twist in the plot and we are disappointed every time. To say that we are tired is one thing but to offer to infect children is childish and dangerous, especially when the possibility of vaccinating them is just around the corner.“