In Lodi, a fight with a stick between precarious and sacked workers. The thesis of the prosecutors 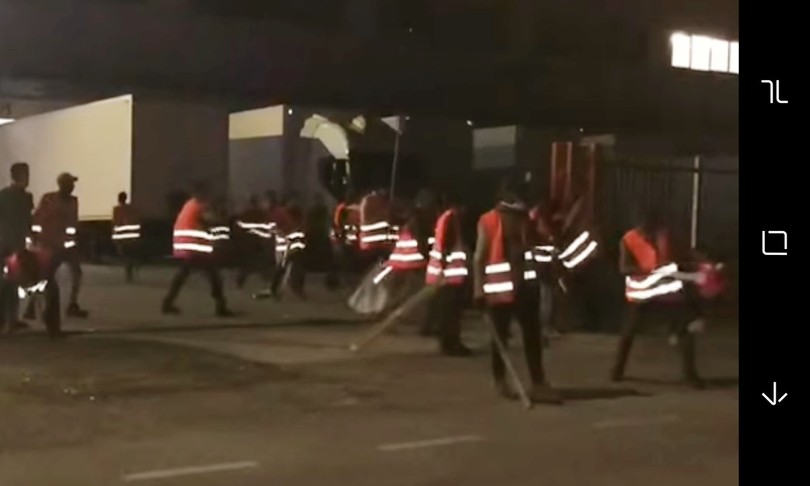 ` – Newly laid off workers against workers who have a job, albeit precarious and belonging to a category with low rights and modest wages- One against the other with blows of sticks, on a summer night in the Po valley-

So the Lodi Prosecutor’s Office, based on the initial findings, believes it went after midnight last Thursday in front of a logistics warehousein Tavazzano with Villavesco when two groups of people faced each other between screams and blows and a 50-year-old porter, El Azab, an Egyptian, remained seriously injured in the face, perhaps hit by a piece of pallet-

“Blocking in front of factories is a crime”

The hypothesis of the investigators is that the workers enrolled in the Si Cobas of the Fedex of Piacenza, closed in May, blocked the entrance to the Lombard plant, preventing their colleagues from making their deliveries of goods- “It would not be the first episode of this kind – he tells ` the prosecutor Domenico Chiaro – the blocks in front of the factories are a crime, they are not a trade union demonstration like the strike or the picket “-

“Fault of the infiltrated private guards”

The version of the union is very different- To hoist the sticks would have been “scabs with bodyguard infiltrated in the pay of Zampieri holding”, the Italian company to which the American multinational Fedex has contracted out the management of the Lodi warehouse-

“What seems evident from the video circulated – he says the lawyer Eugenio Losco vhe assists the injured worker – is that there was premeditation on the part of the people who had brought the sticks- It would not be the first episode that occurs in the factories managed by the Zampieri holding- In May, a worker was injured in San Giuliano Milanese and in August of last year we filed a lawsuit on the basis of testimonies that indicated, again in San Giuliano, the presence of a private security service complete with a uniform and a first once he removed the demonstrators from the entrance and then attacked them ”- “

“Even if it were the workers who had quarreled with each other – the lawyer reasons – it would no longer be reassuring- We need to understand why the workers came to take the sticks ”- The union asks for the reopening of the Piacenza plant where, he underlines, “thanks to the struggle of the workers, improvements had been obtained while in the warehouses of Tavazzano and San Giuliano Milanese people are hired with contracts of even a few weeks or hired by Fedex, not unionized- ‘”-