How can heart attacks be prevented? 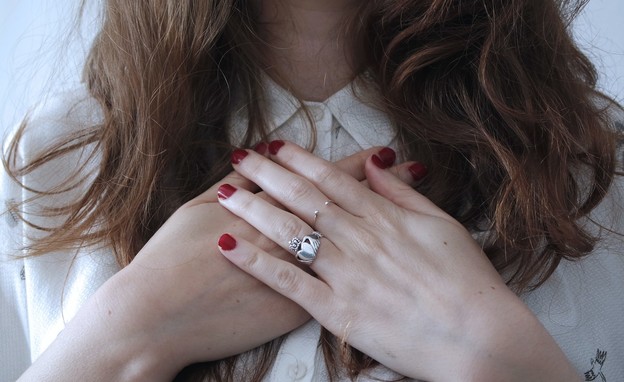 A heart attack due to atherosclerosis of the general arteries is a leading cause of death in the Western world. In the twenty.first century, it is not a decree from heaven and the development of the disease can be identified in advance and preventive treatment given that will stop or prevent the development of the disease and the onset of heart attack and death. It is important that we know the risk factors so that we can avoid in advance a painful and dangerous encounter with irreversible damage to the heart.

Heart attack – how does it happen?

The heart is a muscle that works non.stop from an early week in our fetal life, and serves as a pump that pushes the blood to all parts of the body and lungs. Stopping it for only a few minutes will cause the oxygen supply to the various organs of the body to stop and the tissue to die, with the brain and heart muscle itself being the most sensitive organs – a few minutes without oxygen supply and the cells in the brain and heart die immediately. In the brain it will cause a “stroke” and in the heart a “myocardial infarction” or in the vernacular “a heart attack”. Both conditions are immediate life.threatening and the damage to them is irreversible, so the goal is early detection and preventative treatment.

Atherosclerosis is a disease that develops in the artery wall gradually over many years without us feeling anything. Although the disease is quiet and asymptomatic for many years, but then it is possible to treat it and prevent or slow it down. Sclerosis causes narrowing and blockage of the arteries due to the accumulation of fatty material in the artery wall. Later, an inflammatory response develops in which stratification (plaque) sinks in the walls of the artery. The plaque is made up of cholesterol, additional fatty components, and white inflammation cells that have absorbed fat and accumulate due to the inflammatory process. The artery wall thickens, causing a narrowing of the blood vessels and a consequent disruption of blood flow. In the later stages of the disease will cause complaints and signs that we need to be aware of.

What are the symptoms of coronary atherosclerosis?

As mentioned, sclerosis develops over a long period of about 20.30 years without symptoms and complaints. Complaints will appear when the narrowing of the blood vessels worsens. At an early stage, there may be a limitation in the ability to perform exertion, with the appearance of pain, shortness of breath, increased sweating and weakness. At a later stage the pains can also appear at rest. Possible projection of pain to the arms, left shoulder, lower jaw or back.

Pain defined as “chest tightness” (angina) is very typical and suspicious and is called “angina pectoris”. If the pain stops immediately after stopping the effort, it is another sign that strengthens the suspicion that it is angina pectoris. If the pain does not stop, you should go to the emergency room immediately, because a coronary artery may be completely blocked and a myocardial infarction may begin to form and may cause a heart attack.

There are a number of “risk factors” that cause the early formation of atherosclerosis. The main ones among them are:

How do you prevent sclerosis and myocardial infarction?

The goal of preventive medicine today is to detect the narrowing before the coronary arteries become blocked, by detecting sclerotic plaques at an early stage that can be easily treated, thus preventing myocardial infarction, that is, preventing heart attack and life.threatening. Effort test, effort echo, heart mapping, or CT heart.

In people with risk factors, it is recommended in any case, even when there are no complaints, from a certain age to be periodically monitored by a family doctor or cardiologist. One of the most recommended new imaging tests for early detection of atherosclerosis is a test CT Simple, without injecting a contrast agent called Calcium Scoring– In this test, whitewashed layers in the coronary arteries can be identified and quantified, and according to the findings, the cardiologist can recommend preventive treatment to stop the development of sclerotic disease.

When there are symptoms suspicious of sclerosis, test CT Of the heart (which includes the injection of a contrast agent known to the general public as “virtual catheterization”) is a non.invasive test that demonstrates excellently the coronary arteries, the sclerotic layers, if any, and the degree of stenosis they create, thus allowing a decision to be made whether to send the subject / A. Cardiac catheterization. Sensitivity of test CT Of the heart for the detection of significant stenosis that requires treatment of the supporter or bypass surgery, is very high – about 95%.

Moreover, the “negative predictive value” of the test Negative Predictive Value) ) Is more than 99%. In other words, if we take 100 subjects who performed CT Of the heart with the answer that there is no significant disease and catheterization is also done for everyone, then in 99.100 of them, the catheterization will also show that no interventional treatment is needed. In the medical world this is a medical test with amazing performance. Raphael Hospital has a device CT The most advanced innovative heart in Israel, among its advantages: emits only half of the radiation present in the devices CT, Allows to decipher the image with great accuracy and get a diagnosis immediately after the test.

* The author is Director of the Imaging Department (X.ray) at the Sheba Medical Center and manages the tests CT Of the heart at Raphael Hospital.