The patient jumped to her death from the window in the hospital, her family scattered 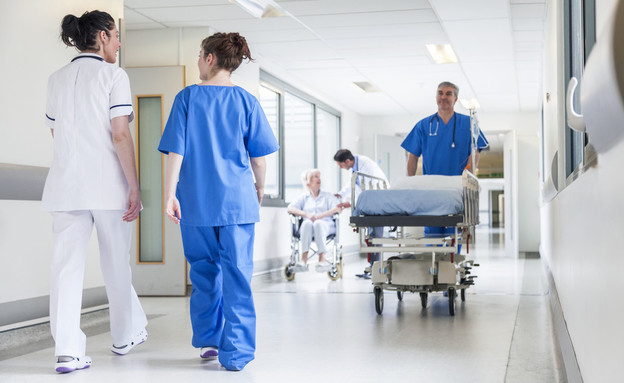 The Ministry of Health will compensate the family members of a patient who jumped to her death from a window in the ward at Hillel Yaffe Hospital for half a million shekels, on the grounds that the case could have been prevented. This is what a judge of the Tel Aviv court recently ruled.

The case occurred about a decade ago, Monday, in her forties she suffered from schizophrenia in the years leading up to her death, and she was hospitalized several times in psychiatric hospitals. The last time she was hospitalized at Hillel Yaffe Hospital in her room, the background to the hospital was not mental. B., suffered from chest pains, shortness of breath and sweating that required a cardiological examination.

Is the responsibility on the hospital?

According to her family members, despite the difficult mental condition that was known to the hospital staff, they did not take any step to save her life and ensure that she did not injure herself. B., tore the window mesh and jumped to fourth place of the interior department on the roof of the building.

Her family members filed a lawsuit against the Ministry of Health in the Tel Aviv Magistrate’s Court, under the responsibility of Hillel Yaffe Hospital. The family members claimed in their lawsuit that a series of omissions and failures were the ones that caused B.‘s death. According to them, since the hospital knew about B.‘s mental background, they had to be careful not to hurt herself. Since this did not happen, the responsibility for her death rests with the hospital staff.

“A tragic case that could have been prevented”

In the statement of claim, the family members revealed that B. feared that a certain staff member at the hospital would harm her and therefore jumped to her death, with no intention of committing suicide. They demanded compensation of about NIS 600,000. The Ministry of Health requested that the lawsuit be dismissed on the grounds that B.‘s death was not caused by the medical staff’s failings at the hospital, and that this was an unexpected suicide.

The judge hearing the lawsuit ruled in the verdict that after hearing the witnesses he concluded that it was not a suicide and that B. jumped to her death, for fear that the same medical staff member would harm her. “I found that the likelihood was that the deceased sought to escape from that new crew member, who due to her false thoughts feared he intended to harm her, so tore the window mesh and jumped out of her room. A jump that ended in her death is more likely to commit suicide,” the judge stressed. There was an escape from the window from the same staff member. ”

The judge expressed wonder why the hospital staff who allegedly found B. and even got to know her before her death were for some reason not brought to testify in court. The judge added in his decision to accept the claim that the tragic case could have been prevented. He stated that the Ministry of Health will compensate the family in the amount of half a million shekels.