Is a daily shower recommended for skin health? 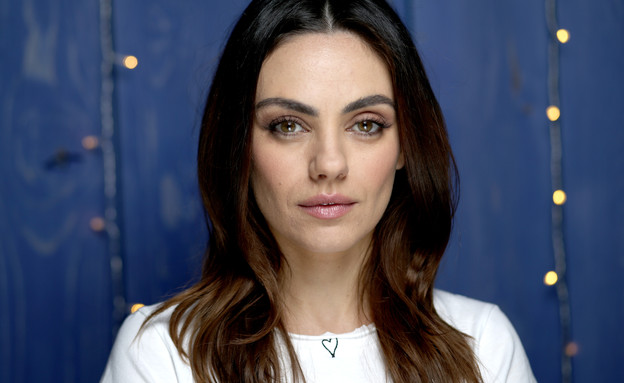 How often do we really need to bathe and what are the aesthetic and medical implications of a daily shower? While in the past this could have been a critical question, today the vast majority of us have a steady supply of water, cold or hot, whenever and however much we want. So are there any health reasons to stick to “no” showering every day? Over the past few weeks there has been a real shower discussion among celebrities, after some celebs openly admitted that they do not shower regularly, and provoked mixed reactions alongside a serious discussion about the importance of showers for the health of our body and mind.

Those who opened the current discussion were Mila Kunis and Ashton Kutcher who shared in a couple interview that they usually take a shower for their children only every few days. “I do not wash my body with soap every day,” Kunis shared, adding that she does the same for her children. “I did not have hot water that I grew up with as a child so I did not shower much.” Ashton briefly concluded that “if you can see the dirt on them, clean them. Otherwise, there is no point. “Also in relation to himself, Ashton said that he washes his armpits and groin every day, and nothing more.

Kunis later uploaded a video in which she and Kutcher bathe their two children while cynically getting down on anyone who made fun of them. Among other things, Kutcher was documented shouting: “Why are you pouring water on the children, why are you trying to melt them ?? .. This is the fourth time this week that you have been doing this, their body oils are going to be destroyed.”

The personal sharing of the celebrity couple has generated a chain reaction of many celebs who have felt comfortable sharing their hygiene habits. Actors duo Dex Shepherd and Kristen Bell joked that sometimes it was five or six days before they took a bath. Kristen even admitted that she does not bathe the children until they smell the stench, “as soon as you pick up an odor, it’s biology’s way to let you know you need to clean it up,” Bell explained.

Actor Jake Gyllenhaal also described that he finds more and more that bathing is less necessary for him. “I do believe that good manners and bad breath do not get you anywhere. So I do. But I also think there is a whole world without baths that is also very helpful for skin maintenance, and we naturally cleanse ourselves.”

On the other hand there were quite a few responses from celebs who bothered to differentiate themselves and emphasize their cleaning habits. Actor Dwayne ‘The Rock’ Johnson, tweeted how and when he showers every day:

Nope, I’m the opposite of a “not washing themselves” celeb.
Shower (cold) when I roll outta bed to get my day rollin’.
Shower (warm) after my workout before work.
Shower (hot) after I get home from work.
Face wash, body wash, exfoliate and I sing (off key) in the shower https://t.co/iE6ZPhrthL

Rapper and creator Cardi Bey also showcased her collection of soaps, while asking a general question ‘Would you take a shower with me’:

Would you shower at my place? pic.twitter.com/ThYf11k1lW

Not just with the celebs. The period of closure and social alienation seems to have made people more isolated and less showered. The British Daily Mail reported late last year that a quarter of Britons admitted that they stopped showering daily during the plague and in general were less bothered by their overall appearance, especially during the peak periods of the plague. The New York Times also reported on the phenomenon that spread to the United States during the Corona period and sharpened the social / health issue that is relevant to all of us.

While many people believe that a daily shower is essential for the hygiene of our body, there are those who believe that too much water dries out the skin and neutralizes our natural and healthy fats. In addition to the question of physical health, the dose of showers affects other aspects. An average shower causes a waste of 17 liters of water. Which means fewer showers equals significant water savings as well as environmental impacts of recycled water.

What does the shower do to the skin?

Our skin secretes fat which helps it maintain its integrity. When fat decreases, a feeling of dryness is created which causes itching and may also introduce harmful bacteria into the body. Frequent showers and excessive use of soap can damage the fat layer.

What is the recommended frequency of showering?

Daily bathing is not essential but it is better not to wait more than two days, we are constantly exposed to pollutants and leaving them on our skin for long periods is certainly not helpful. For sure, if you feel like indulging in a good bath at the end of the day with a glass of wine and good music in the background, there is no reason to worry.

Is it safe to use wet wipes?

If you’re considering replacing a shower or two with a wet wipe, think again. The chemicals contained in the wipes may cause a rash and redness and are not recommended for regular use on dry skin.

Showers at too high a temperature can cause over-irritation of the skin, removal of natural oils and proteins and even peeling. Dermatologists recommend showering with warm water and finishing the shower with a stream of cold water to close the skin pores.

One thought on “Is a daily shower recommended for skin health?”