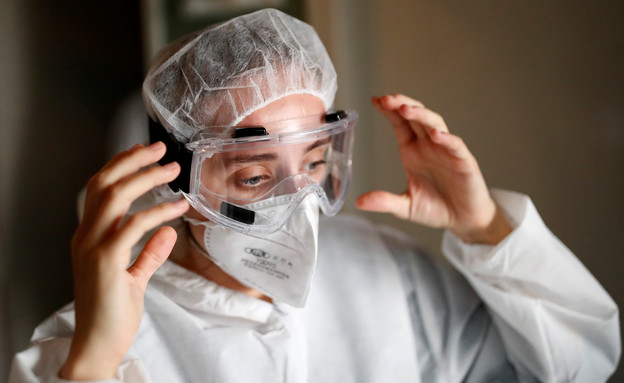 There is something in a good story that simply transcends any fact. From the dawn of history human culture has been based on stories and even today, in the age of science and technology, most of us seem to be captivated by the narrative. Some would argue that conspiracy theories thrive around topics on which knowledge is very limited or new phenomena that have not yet been sufficiently explored. Others argue that conspiracy theories are a tool that enables human beings to more effectively manage the natural anxiety that comes with the uncertainty that accompanies crises. Thus, the person who “exposed the plot” can feel that at least the forces at work in the world are understood by him and he, and only he, understands something that others are still too stupid and innocent to understand. Bottom line – it does not matter at all if we are the biggest skeptics on the planet or if we can be made to believe everything, there is something in the seductive power of conspiracy theories that is hard to remain indifferent to.

The Corona is by no means the first epidemic to be woven around creative and surprising conspiracy theories. If today it may amuse us, it seems that the theories about the black thing that flourished in the 14th century did not really make the Jews of Europe who were at the heart of the plots really laugh. Every enemy, even the most powerful and invincible, threatens less than ignorance and uncertainty. Today, in the post.truth era, when facts are determined by the amount of shares and likes, conspiracy theories are gaining renewed fame. These are some of the most popular that star in the networks today.

The corona was first identified in Italy as early as 2019

This is certainly not the most exotic or fascinating theory, but it is without a doubt the most contemporary. This is an article that was published at the beginning of August 2021 and precisely because it is a completely gray theory, there are quite a few who are convinced of it. Journalists in Europe reviewed studies conducted in Italy and found a report on the identification of genetic material of the type Sars.CoV.2 In samples of eleven subjects, taken long before the outbreak of the epidemic, in the summer of 2019. The conclusion the researchers jumped to was clear to them – the virus had spread in Italy long before December 2019, the first officially verified patient diagnosed in Wuhan, China.

Naturally, the Chinese media celebrated this shocking “discovery” and made quite a few efforts to direct the fire that has been directed at it for almost two years. After all, these studies may prove that the epidemic did not start in China at all. It really could have been a revolutionary knowledge that would change everything we know, but there is only one problem: this study is riddled with mistakes from beginning to end.

And the facts – Although the samples were taken in the summer of 2019, the researchers performed the tests many months later, when the virus was already raging in Italy. To perform the test, the researchers increased the concentrations of theDNA And theRNA In samples, under conditions of high exposure to airborne contaminants. In the control group, a sample was taken from a verified corona patient received at a local hospital. That is, the corona virus was present in the laboratory during the sampling and was even intensified by the researchers who increased the concentrations of theRNA In the findings. This is a fertile ground for making false diagnoses.

In short, what would not have met any standard of serious research, was quickly adopted and became almost a fait accompli on social media and the Chinese government’s fueling. Which proves that, as always, the war for truth is riddled with interests.

The virus was transmitted in a laboratory in China

Oh! Now you’re talking! This is already a conspiracy theory that is much more fun to believe. This is one of the most common theories and even the most skeptical can not help but stop for a moment and wonder if there is a chance that this is not a completely unfounded claim. But why go far? It really hasn’t stopped some delusional talkbackers – even former US President Donald “drink bleach to cure corona” Trump himself claimed the virus was developed by Chinese scientists. The belief that corona is a product of biological weapons is fueled by public distrust of the authorities Health and the perception that the Chinese are simply capable of anything.

And the facts – But even here, the facts can confuse us. The American intelligence agencies took the theories quite seriously and after an in.depth investigation ruled out the possibility that the virus had been transmitted in the laboratory. Leading medical sources in the world and in the intelligence community have unanimously determined that the virus is not man.made and is not genetically modified. In times of crisis, the search for a scapegoat is common and we all want to find the super factor that causes us all to be in this situation. Unfortunately, the reality is much more complex.

G5 technology has spread the plague

If you already have conspiracy theories, why not spice them up with some science fiction scent? After all, there really is no apocalypse without evil technology that is completely out of control. It all started with a news item published on a conspiracy site known in France as The enraged sheep January 2020 and from there hit waves all over the world. It was reported that the new cellular radiation frequency could spread viruses in the air. As “proof”, a picture of Towers was attached to the article G5 New ones established in Wuhan, China. How seriously is it taken? Another 3 months after the news was published, activists set fire to cellular antennas across Europe. Even Bill Gates became the prime suspect in the outbreak.

And the facts – So why not actually? If we put aside for a moment the simple scientific and medical fact that electromagnetic radiation simply cannot spread viruses, it is worth knowing that the claims about the risks ofG5 Health has been common for years, long before the outbreak of the plague. The theory about the spread of the virus is just the latest claim from a long line of pseudo.scientific arguments about the dangers ofG5–

So after the smoke screen dissipated and scientists all over the world rushed to explain why the spread of viruses in cellular radiation was impossible, believers in the theories split into two branches – those who continued to believe thatG5 Spread the disease and those who changed their version and claimed that radiation really can not spread corona, but the closures and social distance are actually means of public control that allow the whole world to be inherited in the dangerous radiation.

A study conducted in collaboration with a number of leading academic bodies in the UK, decided to examine how belief in conspiracy theories affects compliance with restrictions on social distance. The study examined two main theories about the origin of the corona – radiationG5 And a human engineer in a Chinese laboratory. While the belief that the virus was developed in the laboratory did not affect the subjects’ cooperation with the social distance guidelines, a significant association was found between the belief in the spread of the corona by theG5 And unwillingness to obey social distance or wear a mask in public spaces. This should not surprise us. While laboratory virus theory does not rule out that the virus can be contracted by contact, theG5 Definitely contradicts the guidelines of health authorities. Therefore, the behavior of those who believe in the various theories also changes significantly. The study found a significant relationship between belief in theories and the willingness of those who believe in them to obey guidelines. Both groups showed complete distrust of vaccines.

Beyond the obvious risks in Pike News distribution, when it comes to Corona, the study clarifies an unequivocal point – there is a significant risk to public health here. So before we share the next post that starts with the headline “Spread with all your might that everyone will know!”, It is worth taking a moment to take a deep breath and rely on credible factors and facts that will allow us to take a responsible and credible approach. The cooperation of all of us in eradicating the plague may become the most miraculous conspiracy ever seen in the world.