The common symptoms of coronary heart disease have changed 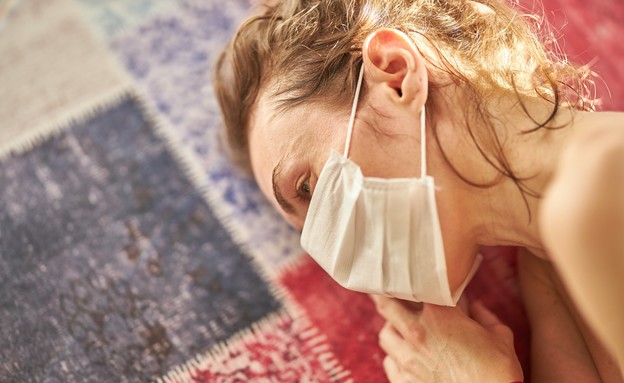 Although it seems that in the country the Delta variant of the corona virus (Indian strain) has not spread widely, elsewhere in the world it has become one of the dominant strains in recent times. Aside from the fact that it is a 40 percent more contagious strain than previous strains of the virus, researchers now point out that its symptoms may also be different from what we are familiar with.

About a year and a half has passed since the corona virus entered our lives in a storm and throughout this period there have been three main known symptoms of the corona virus: fever, fatigue and dry cough. But over time, the virus has undergone changes; Mutations were discovered and new strains of the virus developed that behaved slightly differently from the virus first identified in December 2019. Some are more contagious and it has now been found that the common symptoms may vary depending on the variants.

March 2020 A group of scientists in the UK are conducting in.depth research and tracking the corona virus and its symptoms through an app offered to the general public. So far, the app, called ZOE, has collected information from millions of Britons who have logged into the app and reported the symptoms they suffered after being infected with the corona virus. Now the same scientists are reporting a change in the nature of the symptoms, probably due to the Delta variant, which has become one of the dominant strains in the country. “From the beginning of May, we have been looking at the main symptoms and they are different from what they were in the past,” Professor Tim Spector, one of the study’s leaders, told the British Telegraph. However, it is difficult to say with certainty that the change in symptoms is necessarily a result of the Delta variant. This may be because the virus is currently affecting more young people (probably because in the UK most young people have not yet been vaccinated) and it is known that symptoms can vary according to age groups.

Prof. Spector adds that coughing has now become the fifth most common symptom, unlike before. “It’s rarer. And we don’t even see a loss of sense of smell anymore in the ten common symptoms.”

Based on the information gathered so far and the conclusions of the study, it seems that the main symptoms have changed, depending on the age groups.

The three most common symptoms in people under the age of 40:

The three most common symptoms in people over the age of 40:

The idea is that in people over the age of 40, who have already been vaccinated against the virus in the UK, the symptoms are more severe due to the vaccine. The vaccination campaign in the country has only recently reached those aged 30 and over, so most of the young population is not vaccinated, which could explain more severe symptoms in these age groups. The concern now is that due to the changes in symptoms, many young people in the UK are not even aware that they have been infected with the virus and therefore may spread it even more.

Although the situation in the country is more positive than ever and we just removed masks even in closed spaces, as the sky continues to open, there is a risk that more variants of the virus will enter the country so it is still important to be careful and familiar with the common symptoms.

The corona plague is an event that continues to evolve and catch up. The current report is as of Tuesday (15.06.2021) and more may change. We strive to bring you the latest reports, but it is important to be updated daily in light of the many changes.