Much more than a strong headache: what causes migraines? 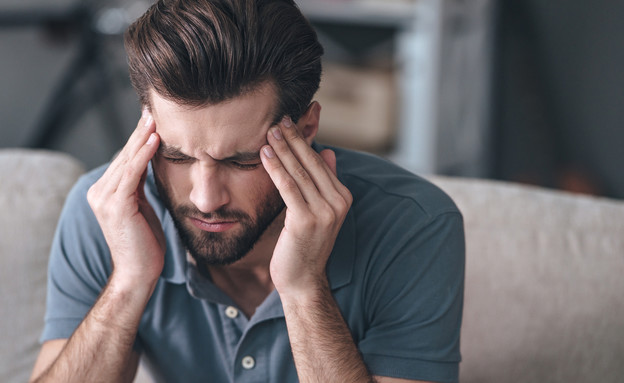 Anyone who has experienced a migraine attack in their life knows that it is a rather dubious pleasure. It can last as long as three days, and besides a powerful headache, it is also accompanied by nausea, vomiting and sensitivity to light and noise. This is a partial list of symptoms, which together, or separately, cause significant impairment of function and great suffering. According to the World Health Organization, migraine ranks second on the list of most restrictive diseases.

“Chronic migraine has recently been defined as a disability”

According to Dr. Oved Daniel, chairman of the Israeli Headache Society of the Neurological Association, hundreds of millions of people around the world suffer from migraines, including more than a million Israelis. “Chronic migraine is defined as the patient suffering from headaches over 15 times a month, and over 8 days of migraine (headache accompanied by nausea or vomiting, sensitivity to light and noise). It is a serious illness that involves considerable morbidity. When a patient suffers from a migraine attack, all he wants to do is “Lying in bed in a dark room and not hearing anyone. Often the frequency of seizures gradually increases until daily seizures. This leads to excessive consumption of painkillers, which in themselves can increase the headaches.”

“Chronic migraine has recently been defined as a disability,” explains Dr. Daniel.

What exactly happens in the body during a migraine attack?

“If in the past it was believed that vasoconstriction and dilation is the main cause of migraine, today we know that it is a continuous decline of electrical activity in the cerebral cortex, a process called Cortical Spreading Depression. Daniel “Inflammation develops at the nerve endings that shape the blood vessels of the pain.sensitive meninges, and it is the one that causes the headaches.”

Dr. Daniel notes that migraine has a hereditary component. “60 percent of migraine sufferers are people whose one parent suffers from it. 80 percent of them have a first.degree relative who suffers from the disease.” However, this does not mean that the environment has no impact. According to Dr. Daniel, there are factors that can worsen migraine symptoms, such as overuse of painkillers, stress, lack of sleep or excess sleep, excessive exercise, disordered meals and possibly certain foods.

Women talk about life in the shadow of migraine

This is how you will know that you have a migraine>

According to Dr. Daniel, the usual treatment for an acute migraine attack includes the use of anti.inflammatory drugs, drugs from the triptan family, and complex drugs that contain caffeine and codeine.

There are also preventative treatments designed to reduce the intensity and frequency of seizures. Dr. Daniel mentions several groups of treatments: There are beta blockers, which help lower blood pressure. Anticonvulsants, or antianxiety and antidepressants can be treated, and there is even Botox treatment on the scalp. There is also a new generation of biological treatments that focus on a substance called CGRP, Which participates in the inflammatory process that takes place in the brain during a migraine.By blocking its action, a benefit can be achieved in the severity of the seizures and their frequency.

Non.pharmacological treatments include the use of supplements such as: vitamin B2, magnesium, fragrant chrysanthemum (Feverfew); As well as a combination of complementary therapies such as: biofeedback, acupuncture and relaxation therapies such as yoga, meditation and guided imagery.

Although migraine is a serious and complex disease, new methods are constantly being developed to deal with it and there are now ways available to relieve symptoms and reduce seizures. Along with a healthy lifestyle and avoiding triggers, it is advisable to ask your doctor about effective treatments that allow you to better cope with the disease. Because today you no longer have to live with this suffering.

For more information on migraines, visit the compound>