“Vaccine opponents rely on only one FDA decision” 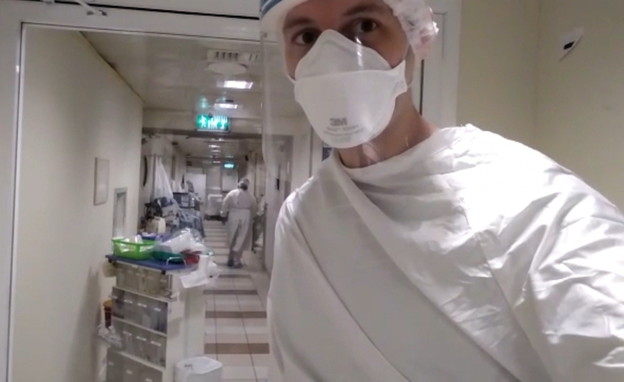 Anyone who has been following me for a long time knows that I try to avoid cynicism or sarcasm, which do not help to convey the scientific and medical message. But this time, just this time, I can not resist. The hypocrisy of those who oppose corona vaccines in recent days is simply screaming to the skies.

What am I talking about? For the past year, many have tried to convince opponents that yes – the FDA can be trusted – and its vaccine approval process. Judging by the discussions on Facebook, it was a wasted effort. Opponents have shouted that it is impossible to believe the FDA that everyone there is corrupt and preventing a money operation. Which is in the hands of the pharma companies.

Well, not anymore. This week, opponents of vaccines have aligned themselves unanimously and cohesively behind the FDA – and suddenly, that corrupt office can be believed. Why? Because the FDA has decided not to recommend giving the third dose of the vaccine to people under the age of 65.

The hypocrisy here is terrible, but it is even more acute when combined with voluntary ignorance. Because opponents are trying to eat the cake and leave it intact: address only one FDA decision and completely ignore the rest. For example, the fact that vaccines are very effective in preventing serious illness and hospitalization and that their side effects are few and far between and that the danger is less than the danger in the virus itself. Therefore, the FDA approved and even recommended getting the vaccine from age 12 and up.

Gentlemen and ladies, it is impossible to make only the scientific decisions that fit your original views. Science does not work that way. Do you believe the FDA all of a sudden? Good and beautiful. Please also accept his previous positions, from which he did not back down even if he stepped: take at least the first two doses of the vaccine, and preferably one hour earlier.
But okay. We will leave the sarcasm, and move straight to the FDA recommendations.

Before we begin, one important point: the whole discussion was about Pfizer’s booster. I repeat, not the vaccines as a whole, not the modern or other vaccine, but only Pfizer’s request to provide a third vaccine to the U.S. population. The FDA’s answer is only valid for that company’s request.

What was the FDA’s decision in response to the request? Here you are.
A. Recommend the administration of the third vaccine (booster) to those aged 65 and over. Unequivocal.
B. Recommend the administration of the third vaccine to at.risk populations of all ages.
This begs the question, what does the term “at.risk populations” even mean? Experts’ opinions are divided. It can include pregnant women, obese people, or even asthmatics. And yet, the experts agreed on one thing: those engaged in certain professions should be defined as “at.risk populations.” These include the medical staff, for example, and also teachers.
third. Do not approve the provision of a booster to people between the ages of 16 and 65.
Since this recommendation is exciting in Israel – it is worth explaining where it comes from and what it means.

Why the FDA against the booster?

The FDA is not against the booster in general. Do not fall into the black.or.white trap. He only decided not to approve the provision of Pfizer’s booster under the age of 65 or to non.at.risk populations.

The FDA, like any drug and medical device approval body, is very strict about the safety level of the products it approves. Experts reviewed the data from Pfizer’s clinical trials and found that recipients of the third vaccine had a number of symptoms: 63.7 percent suffered from fatigue, 48.4 percent suffered from headaches, 1.4 percent suffered from ‘severe’ muscle pain, meaning they preferred to stay home rather than go to work. The most serious side effect was lymphadenopathy – enlargement of the lymph nodes – in which five percent of the subjects suffered and it also passed within 2.8 days (all this according to the FDA committee’s reports from September 17).

Any such side effect, however rare, is a cause for concern. If the FDA recommends vaccinating everyone in the third dose of the vaccine, it should take into account that millions of people will suffer from headaches, swollen lymph nodes and muscle aches. There is always a chance that these will aggravate existing diseases. Or there is a risk of myocarditis, however minimal. As we have all said since the inception of the vaccine, there may always be long.term side effects. It is unlikely that there is, and even if it is, then the virus is supposed to cause these effects on its own and in a stronger way. But why risk?

As the committee noted in the report it produced “the benefit of a booster dose must be weighed against a possible risk. “It is currently unknown whether there will be an increased risk of myocarditis or other adverse reactions after a booster dose … These risks and uncertainties must be taken into account when considering benefit versus risk.”

The situation in Israel

If you want to read it all – bless you. It is a fascinating process of history unfolding before our eyes in the present. You will find the full details at the end of the post. But if you do not have the strength, then here is the conclusion:

The Ministry of Health reviewed the data obtained from the clinical trials in the third doses of Pfizer, Modernera and Asterox vaccines, and decided that the third dose has a high safety profile. He approved the administration of the third dose to 4,000 immunosuppressants who needed additional assistance, with no problematic side effects. Despite all this, the ministry refused to recommend the provision of the booster to the entire population, until the morbidity situation in Israel skyrocketed and it was clear that the benefit outweighed the risk. It began with a recommendation to vaccinate the elderly, where the greatest benefit was in preventing “entry into isolation, mental harm, fear and loneliness” (July 28).

The morbidity continued to rise at a dramatic rate and a growing number of vaccinated also suffered from a serious illness, as their immune resistance waned. At this stage, the ministry decided to expand the provision of the booster to employees of the health system and at.risk populations (August 12). And when the plague continued to spread without showing signs of stopping and the third vaccine showed no significant signs of damage – the ministry eventually opened it to the general population.

What can be learned from this course of events? That the Ministry of Health acted with the same caution as the FDA. But that the situation of Israel and the United States was different. In Israel it has been longer since the second vaccine and therefore more vaccinated were exposed to the disease. The ministry has approved a vaccine whose side effects are not serious, and even in the rarest of cases since – its risk.benefit ratio is low enough to justify waiting for the entire population.
This is why we received the third dose of the vaccine, while the FDA does not believe it is currently needed in the United States.

Opponents of the Corona vaccines have jumped on the bandwagon of the FDA’s decision to approve the booster for ages 65 and up only. They completely ignored the broader meanings: yes, the elderly should be vaccinated in the third dose. Yes, it is worth vaccinating the health care workers and teachers in the third dose. And yes, it is very advisable to vaccinate people with the first two doses of the vaccine. Because that’s what science says, but it’s easy for opponents to put their finger on just one sentence and completely ignore the rest.

Why does the FDA not think it’s worthwhile to give people under the age of 65 Pfizer’s booster? Because he does not think the risk.benefit ratio is low enough. There is still no state of emergency in the US, as there has been in Israel for the past two months and the state of immunization resistance there is different due to vaccination dates and different types of vaccines.

The situation in Israel has been very different in recent months: we were during a fourth wave that was only growing and was about to collapse the health system within a month or two from the beginning. In this situation, the potential risk of the vaccine – one that exists in each vaccine – was low enough compared to the benefit.

There are very encouraging signs that the booster has already led to a halt in progress and even to a decline in the fourth wave. Hopefully this will happen, and in the meantime – only health for all of us.