New corona vaccine made in India: needle.free and the first in the world 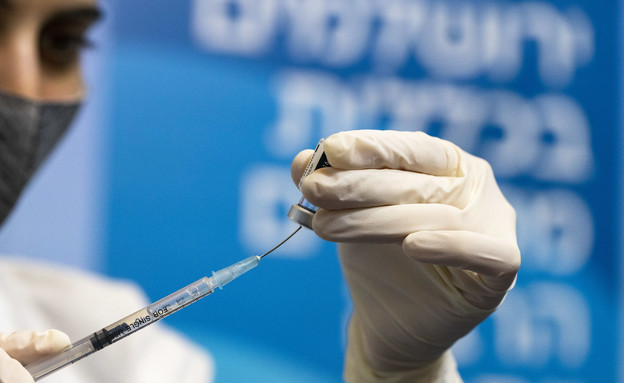 A few weeks ago India approved a new vaccine against corona (Covid.19). The new vaccine has a range of two types. One is that the vaccine has been found to be 66% effective in a clinical trial. It is not considered much, but it is the first vaccine to have undergone its great clinical trial against the Delta variant, and in this situation, 66% is not bad.

The second good news is that this is the first vaccine in the world that is approved for humans, based on DNA. There are some previous DNA vaccines that have been approved for use in animals, but in humans – there have not been any so far. The vaccine is manufactured by Zydus Cadila Healthcare, and has been tested in 28,000 subjects since the age of 12.

DNA, the substance found in our genes, is the “master plan” for building the body. This program is implemented by the RNA, which translates the instructions in our genes into proteins, which are the building blocks and also the body’s means of communication.

Modern and Pfizer vaccines are RNA. They convince the cells to form the spike protein of the corona virus. Once our cell creates such a spike, the immune system recognizes it as a foreign body, and creates antibodies against it. The RNA of the vaccine and also the spike it created disappear in a short time, and we are left with only the antibodies. When a virus arrives, these antibodies will prevent it from “snatching” the cell for its endless replication needs.

A DNA vaccine takes this idea one step further. The vaccine is a DNA sequence that knows how to encode the spike part of the corona virus. The DNA of the vaccine does not fit into our genome – this is what some viruses do and it can be very problematic – but if it manages to reach the cell nucleus, it can be translated into RNA. Then, the same process we described earlier begins: the RNA encodes the spike protein, and the immune system recognizes the protein and makes antibodies against it.

But the nucleus is another challenge. Attempts to inject such a vaccine into a muscle were unsuccessful. In the Indian vaccine, however, they found another solution: instead of injecting with a needle into a muscle, the vaccine is injected under the skin. The injection is performed without a needle, using a device that injects harmless fluid into the body at high pressure over a tiny spot, thus creating at once a lot of tiny, imperceptible and painful holes, through which it enters the vaccine.

Under the skin, unlike the muscle, there is a large amount of special immune cells that swallow the DNA, and they create the immune response.

Compared to RNA that breaks down within hours to days, the DNA vaccine itself stays in the body for several weeks to months. No side effects have been observed so far, but it is definitely something that will be looked at later as well. Zydus Cadila has not yet released full results of the experiment, but has promised to do so soon.

DNA vaccines are supposed to be less sensitive than RNA vaccines and can be stored at temperatures of 2.8 degrees Celsius. The company said that even at a temperature of 25 degrees, the vaccine lasts even for several months. If so, the vaccine will have a great advantage in transporting to countries that do not have established chains of freezing transport. It is given in three doses, but the company is considering giving it in two doses, like the other vaccines on the market.

In addition to the Indian vaccine, dozens of other DNA vaccines against Corona are being developed, and with the proof of this feasibility, there is hope that others of this type may be even more effective. Also, like RNA vaccines, so DNA vaccines are not only suitable for corona but can also adapt to other infectious diseases, and may even be used as part of anti.AIDS and cancer treatment. They may capture a share of the classic vaccine market because they are simple and relatively inexpensive to create.

The FDA has previously approved Zydus Cadila generic drugs, so FDA approval for this vaccine is not out of the range, but at the moment the parties are not talking about it. A number of American companies are also already developing DNA vaccines, including Inovio which is in an advanced stage of the experiments, as well as companies from Japan, South Korea, Canada, Italy and a joint Thai / Australian venture.