The corona is the deadliest epidemic in U.S. history 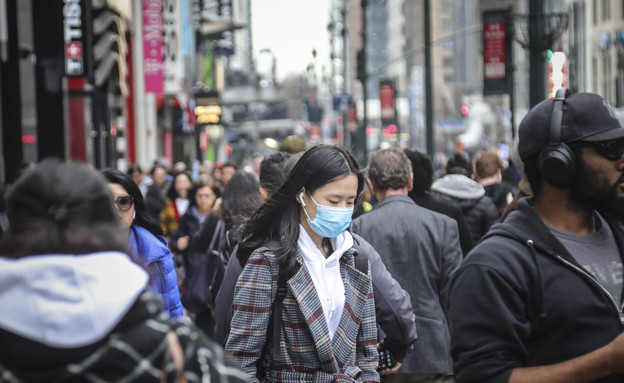 According to data gathered at Johns Hopkins University, more than 676,000 people in the United States have died as a result of the corona. “On average exceeding 1,900 per day, the highest level since early March. Winter may bring a new leap, with the University of Washington model estimating that another 100,000 Americans will die from COVID.19 by January 1, bringing the total U.S. to 776,000.

Deaths in the United States account for about 14% of the nearly 4.7 million deaths reported worldwide in this epidemic to date, although the country’s population makes up only about 4.2% of the world population. There were a quarter of the population in the world today, with more than 4.6 million global deaths from COVID.19.

In many ways the influence that raged in the years 1918.1919 was more severe. It has killed adults, young and healthy in huge numbers, it has infected more than a quarter of the U.S. population and caused the average life expectancy to drop by 12 years in those years. Was much smaller so that relatively, the deaths were much more significant.However, the corona virus may still be adverse, much of the world unvaccinated and the relative comfort of moving around the world may exacerbate the situation even further.

The corona in the face of Spanish influence

Of course it is not possible to refer only to the crude number of deaths and there are other factors that reflect the level of danger of the various epidemics. First, the general amount of population and the relative number of deaths. In 1918 the population of the United States numbered about 105 million people, less than a third of the 333 million who live in it today. The demographics of deaths are also different.

On the other hand, technology a century ago was significantly reduced compared to today. In 1918 there was no vaccine for the epidemic, there were almost no tools to track the epidemic in real time to stop the spread nor was there a test to detect the virus while on the move. The numbers given sometime at the beginning of the last century were calculated retrospectively by calculating the number of excess deaths relative to previous years.

This should not have happened.https://t.co/pcxQd46qEG
Wehave the tools in 2020.1 compared with 1918.9 to prevent fatalities, especially with vaccines that have reduced deaths (vs prior waves) by ~90% in many countries throughout the world pic.twitter.com/B2ugfHpfNW

Another significant plus is the fact that the corona virus changes at a slower rate than the flu virus, making it a more stable target for vaccination, says Anne.Marie Campbell, a professor of epidemiology at the University of Washington. So do we still have a chance of not beating 1918 in the title of worst plague? “We have a lot more infection control, a lot more ability to support sick people. We have modern medicine,” Kimball said. “But we have a lot more people and a lot more mobility. Fear is ultimately a new breed that will bypass vaccines.”

And there are also interesting comparisons that prove that a hundred years ahead did not necessarily change human nature. In the midst of the plague in 1918, the mayor of Philadelphia said a popular annual parade could be held. In less than two weeks more than 1,000 locals died. Compared to the state of St. Louis where public gatherings were banned, schools and theaters were closed and the death toll was one.eighth that of Philadelphia.

Sooner or later history shows that the plagues disappear or somehow integrate into life. The rate at which this will happen depends on the amount of vaccines worldwide – just under 64% of the American population has received at least one dose of the vaccine, with state rates ranging from a 77% peak in Vermont and Massachusetts to a low of 46% to 49% In Idaho, Wyoming, West Virginia and Mississippi. “We know all the epidemics are coming to an end,” said Dr. Jeremy Brown, director of emergency care research at the National Institutes of Health. “But they can do terrible things while they are raging.”

from 1918 during the flu pandemic. Best one: “Do not disregard the advice of a specialist just because you do not understand”. pic.twitter.com/ygMa9Qp3J9

The three waves of Spanish influence

The first wave – although known as the Spanish flu, the first cases of the flu outbreak in 1918 were in the US. In early March 1918 (the last year of World War I), a soldier reported to a Kansas clinic fever and other flu.like symptoms. Hundreds of other soldiers also reported similar symptoms, and censorship during the war meant that the American and European media were not allowed to report the outbreaks.

This early outbreak, however, was not particularly severe. Most people recovered within days. In the fall of 1918 a much more deadly second wave began. In October alone, the second wave killed about 195,000 Americans – more than the total number of U.S. military casualties in World War I. The second wave focused mainly on young people aged 20.40.

By the end of 1918 many cities in the United States had succeeded in suppressing the second wave of the plague by means of social remoteness.

100 years later. What has changed?
The plague ended around the same time that World War I ended – “Looking back on the last century, we can see that the ‘war to end all wars’ did not actually end the wars, and that the deadliest plague did not end in deadly plagues,” concluded Anthony Pausi of the National Allergy Institute And infectious diseases in an article published in the American Journal of Public Health. “A century later, tragic wars and tragic epidemics are still happening, and we are still having a hard time dealing with them.”