How have the closures affected our weight in the long run? 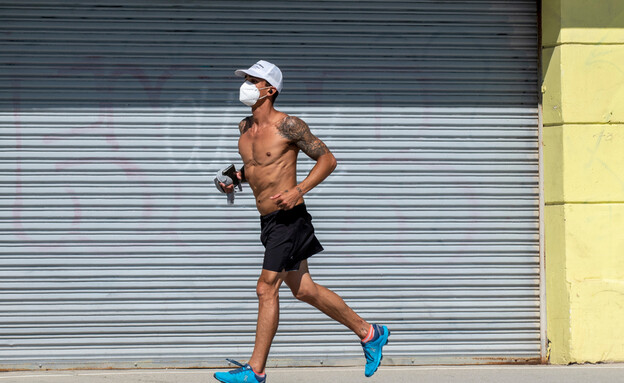 The last two years and especially the closure periods have given us all a feeling, partially charged in studies, that we have gained weight at one level or another. Now a study that examined in a broader perspective the effect of closures on weight, found that the rate of increase was negligible to non-existent and even though it is possible that during closures the weight did increase then he balanced and regained himself afterwards.A study of over 100,000 adults found that Between January 2018 and March 2020, participants gained an average of 0.18 kg. Between March 2020 and November 2021, participants gained an average of 0.22 kg – an increase of 0.04 kg. The findings appeared last Thursday in the journal JAMA Network Open.

“While many feel that prolonged stays in homes have led to large weight gain, our study has not found evidence to support this concern,” said Prof. Rene R. Wing, director of the Center for Weight Control and Diabetes at the hospital, in Providence, where the study was conducted. Thanks to the “equilibrium point” that maintains a stable body weight – “for a period of about a year, most people will maintain their regular weight,” she said.

The Wing group used electronic health records of 102,889 adults (mean age 56.4 years) treated at the University of Pittsburgh to gather information on weight, body mass index, race, and ethnicity. Of the total, 64% were women.

The researchers note that at least one previous study showed greater weight gain because data from self-reports or weight fluctuations over short periods of time were used. But Wing’s group used weights recorded in electronic medical records, which in theory are more reliable, they said. For example, they note that a recent survey found that 60% of adults reported an average increase of 5.6 kg in body weight, while a meta-analysis showed smaller weight gains, about 1.57 kg.

The researchers caution that the results may not be included for all adults because the data were taken from people seeking medical treatment, who may have had other problems affecting their weight.

What is the equilibrium point?

The SET POINT theory states that our body has a base of predetermined weight attached to our DNA. According to this theory, its ability to vary from this point of definition may be limited. According to the theory some of us have higher weight points than others and our body fights to stay within those ranges. The weight may rise or fall temporarily but will eventually return to its normal regular range.

One thought on “How have the closures affected our weight in the long run?”