The diet that prolongs or shortens life 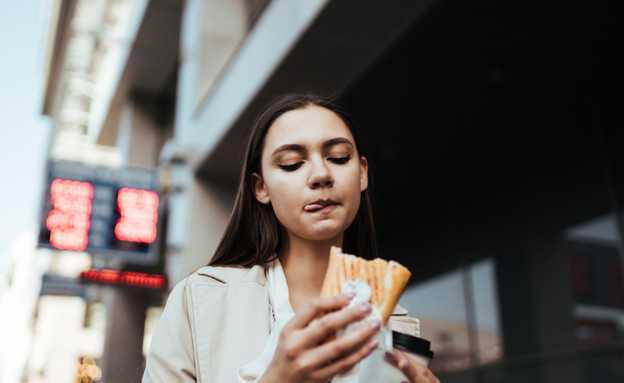 Research Extensive published in the journal Nature Food, Tested thousands of foods in order to develop a health index that is based on nutritional and environmental risks, and is represented by the average minutes that each of the foods shortens life. Various factors, including dietary fiber, calcium and omega 3 helped gain points, while elements like sodium and trans fat lowered the number of points for the same foods.

In a ranking of nearly 6,000 types of foods, it has been discovered that replacing certain nutrients with others can gradually add hours and days to our lives. The findings reveal that no radical dietary change is required, moreover, sometimes replacing one ingredient in each meal will do the job. We are used to hearing about sweeping recommendations like the transition from eating meat to a menu that is all about the purity of vegetarianism. The present study examines individually, ingredient after ingredient, to isolate the ingredients that are harmful to us and the environment, and to allow us to consume as healthy as possible the healthy diet for us.

The researchers examined a list of 5,853 common foods in the United States and rated the risk level of each food according to an index of 15 known nutritional risks, as well as a large number of environmental indicators that also affected the overall index. The criteria were not in terms of the nutritional value of foods, unless they are also recommended in the environmental context and vice versa.

The researchers classified food into three color zones: green, yellow and red, based on their nutritional and environmental performance.

The green area represents recommended foods and contains nutritionally beneficial foods with low environmental impact. Foods that include nuts, fruits, vegetables and vegetables, legumes, whole grains and certain types of seafood. The red area includes foods that have a significant nutritional or environmental impact and should be reduced or avoided in the diet. According to the data, the dietary effects are mainly affected by the consumption of processed meat, and most of the other environmental effects are from beef, pork, lamb and processed meat.

More at – Health:
>> 8 lightest healthy dishes possible
>> Scientists: A dramatic drop in the number of women in the world is expected
>> What contributes to wrinkles on the face?

No need to turn the table

The complex results may be confusing in their application in our upcoming diet, but the researchers illustrated how one can relatively easily use the many data, based on the same general lists that are divided by colors and represent the level of risk of the foods. The researchers noted that this refreshing dietary approach is more practical than going beyond the plant.based diet, and it allows more people to make minor changes, which will only add up to great beneficial effects.

“Our findings show that small targeted substitutes offer a possible and powerful strategy for achieving significant health and environmental benefits without requiring a dramatic shift in nutrition,” described Olivier Juliet, professor of environmental health sciences at the University of Michigan, and one of the researchers in the study.

Hot dog in front of nuts

Dodge researchers have shown that eating one sausage can cost up to 36 minutes in life, compared to a serving of nuts that can extend your life by 26 minutes. Eating a chicken wing, for example, consumes 3.3 minutes of life, and replacing only 10% of the calories that come from processed meat with a mixture of nuts, fruits and vegetables will cut the toxic environmental impact by a third and each day of such a change will add almost an hour to life average.

“The average sausage has 61 grams of processed meat, which leads to 27 minutes of healthy life lost because of this amount of processed meat alone,” Olivier Juliet said. “The results may sound scary, but it also does not necessarily mean that every person who eats sausage will experience this 36.minute drop in life expectancy. The study represents the overall average for the entire population, meaning a single person may be more harmed compared to another person who does not lose at all.”