The booster will soon be approved in the US as well 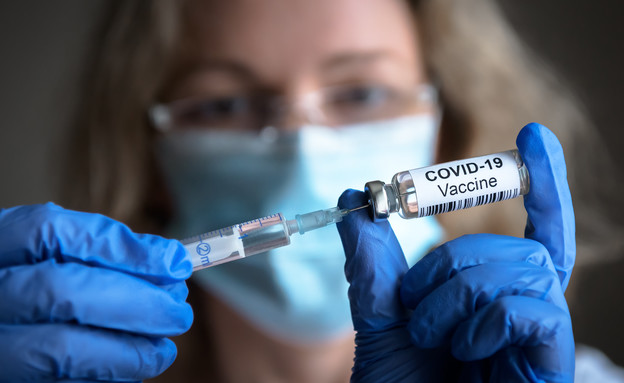 Last Friday (17/9) the FDA panel of experts recommended (U.S. Food and Drug Administration), on a third vaccine for people 65 and older only, after stating that there are still not enough data to approve the booster dose for young people under that age. This decision raised many questions among Israelis who have already received the dose, and especially among those who have not yet been vaccinated. The main question that arises in online discussions is – is the step taken by the Israeli Ministry of Health really logical and justified?

“The decision on the booster policy for vaccines is always determined by a combination of research information and disease status in the relevant country,” explains Neta Sofer Tzur of the Mada’at Association, PhD in Immunology. In their decisions and those of other large regulatory bodies, such as the EMA, and so it was in the initial approval of the vaccine for corona in Israel. However, as far as the booster is concerned, the recommendation given yesterday concerns specifically the United States and is affected by their morbidity and immunization status. ”

“Each country decides on the vaccination policy according to the local disease state, and also according to its needs and experience,” confirms Prof. Cyril Cohen, head of the immunotherapy laboratory at Bar Ilan University and a member of the advisory committee for clinical trials of corona vaccines. “Because we were the first to be vaccinated, we are also the first to experience the natural immune decline, hence the decision to vaccinate in a third dose.”

More at – Health:
>> A powerful antibody was discovered that neutralizes all corona strains
>> The most popular conspiracy theories in Corona

To explain, Prof. Cohen notes that about six months ago, about 50 percent of the population in Israel was vaccinated, compared to only 16 in the United States. Than in Israel, “he explains.

If so, what do you think still made them decide on the urge for those aged 65 and over?

“An impulse dose is an accepted process in vaccines designed to increase immunity. The whole point here is actually a calculation of benefit versus cost. When understood at the FDA That immunity fades after about six months in people who received two doses, realized that the population aged 65 and over will be less protected and that she is at increased risk for hospitalizations due to the virus. It was clear to them that the benefit of an impulse dose of the vaccine exceeds the question marks they have left regarding efficacy and risks, “explains Prof. Cohen.

So what exactly needs to happen for the vaccine to be approved for a younger population as well?

“Right now, what the U.S. Food and Drug Administration is missing is basically two things: The first is, as mentioned, the need for space. The second thing is the accumulation of additional data that will overwhelm the scales. They should see more data indicating the effectiveness of the third vaccine as well as data on possible side effects. At present, in light of the data accumulated in the country, it seems that the benefit of the vaccine far outweighs the cost for the older populations. I personally would have preferred that we have such data also regarding the necessity, safety and effectiveness of the urge dose for younger populations in the country ahead of time. I guess more data coming from both the country and other places in the world will help the FDA approve the booster dose. It seems to me that the question is not whether this will happen but when.

“Beyond that, it should be remembered that the FDA has approved vaccinating medical staff, teachers, people with background illnesses – all of them even under the age of 65. I mean they are not against this idea in general, they just give priority by age and that’s fine. At first it was a priority for the adult population and we started vaccinating from the age of 60. It is also important to understand that we are in a race against time. Of course it would have been better if we had all the time in the world to develop vaccine In real time, because human life is at stake. “

Safe profile is the same for all 3 packages

Dr. Neta Sofer Tzur refers to claims that the third dose may be dangerous: “There is no reason to assume that giving another dose of vaccine that has been tested and found to be safe will be dangerous. The third batch is identical in composition to the previous two batches. “Information collected after the administration of about 2 million vaccine doses in Israel found a safety profile similar to the first two doses.”

“In light of the high level of morbidity in Israel and the observational evidence indicating a decline in immune protection, along with the fact that no special risks associated with a booster have been recorded, it is recommended that anyone who has received the second dose since receiving the second dose receive a third dose to increase protection,” Dr. Sofer recommends. Create to finish.