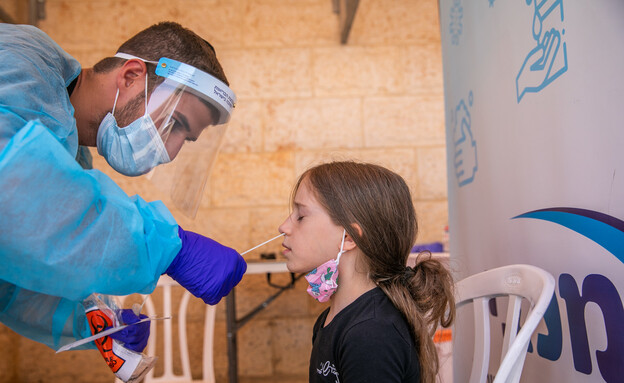 The sixth wave here with the continued rise in all morbidity indices and infection rate that stands at over one for over two weeks, which means the plague continues to spread. Yesterday, 9,568 subjects were validated, a little more than 30% of all tests. Despite this, the optimism in the Ministry of Health is maintained. Corona projector Prof. Salman Zarka said yesterday that, “our assumption is that the BA5 wave will be lighter than the omicron wave that was in January.”Along with the increase in morbidity, the coefficient of infection has been reduced in the last two weeks. Today it stands at 1.27 after a week ago it stood at 1.32 and at the beginning of the month it stood at 1.52. On the other hand, the number of difficult patients is on a steady upward trend – today the number of difficult patients is 212, 140 weeks ago and 90 weeks ago, which is more than doubling in 14 days. What can be learned from this data in relation to the continuation of the wave?

“It is true that there is a decrease in the rate of increase, but the increase still exists,” says Dr. Ariel Israel, chief researcher at Leumit Health Services. Only if the coefficient of infection continues to fall below 1 will we be on a declining trend, which will also be reflected in the number of serious patients. ”

“Our condition is much better both because of the fourth vaccine and because of the drug Pasclobide, a very effective drug for the prevention of serious illness when taken in the first days of symptoms.

Do you think we will reach a state of restrictions in July and August?
“We are in a better position than the previous waves because of the vaccine and the peclobid which is a reason for optimism and therefore the public may also be less attentive to restrictions if any. In addition we may see a positive impact in the coming days.