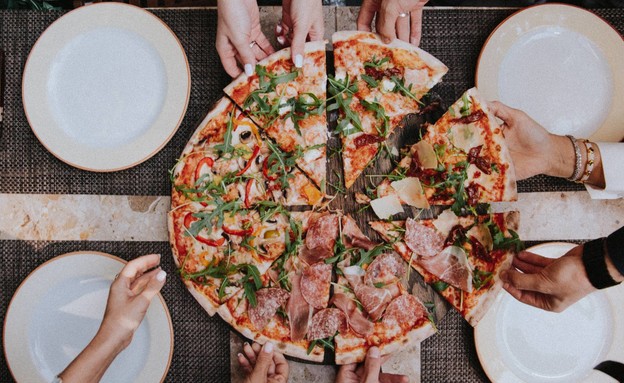 Plastics pollute the environment and the sea, they are found in the stomachs of whales and sea animals and harm their health, and today it turns out that plastic remains also live inside our body organs. Plastic can now be found everywhere, in the food packaging we buy at writers, in our toddlers’ toys, in cosmetics and in water bottles that look innocent and even in the water we drink, according to a recent study published in the journal Water Research. The study found microplastic particles in the water we drink as a result of using plastic bottles.

“There are a lot of studies that talk about the use of plastic putting us in small microns that have even reached the blood and placenta and another study that was published recently, published that the same particles reach up to the embryos.” Clinical nutritionist Shiri Nakash explains. “One of the most dangerous substances in various plastic products is bisphenol A Which is found in plastic, so there are many plastic products that indicate that they do not contain the bisphenol A , But that does not mean that there are no more hazardous materials in the plastic utensils and disposable utensils, just not everyone has been investigated yet. “Even when heating food in plastic containers, there is more leakage into the food, mainly as a result of heating and also exposure to acidic substances that are in contact with the plastic.”

And what does the presence of this plastic do to our body?

“Leakage of plastic into our body can cause many health problems that recent studies talk about like hormonal problems, fertility, reproduction, liver problems, heart disease, thyroid problems.”

So is it better to avoid them altogether?

“I recommend using as few plastic utensils as possible and especially when it comes to heating, especially in a microwave that has these plastic lids, it is highly not recommended. Switch to glass and utensils that do not cause the plastic to leak into food.”

In an Israeli study A groundbreaking report released in April found that plastic debris was found in the ovaries of healthy women, and researchers link the use of plastic to fertility problems. Dr. Marina Tzedkin.Tamir, Clinical Pharmacologist, from the Raj Academic College Says: “Beyond the fact that this plastic exists in the disposable utensils we use so much, it is also found in many other products and even in cosmetics. That causes fertility problems, there are studies today that talk about a condition that actually accumulates in the body in certain organs.

>> Researchers have discovered something amazing about a nap
>> Scientists: A dramatic drop in the number of women in the world is expected

We know today that it causes hormonal disruption, when what they see is that the metabolites – plastic breakdowns are found in all sorts of places in the body. In this specific study men were not tested, but apparently men also have hormonal damage. These are studies that are very difficult to prove circumstance, so the latest Israeli study is definitely groundbreaking.

“In animals you see neurological damage or accumulations in organs, as well as hormonal disorders. See it in mice and rats, in the sea you see it really crazy with the accumulation of plastic in coral. One study a few years ago tested drinking water in several countries around the world In countries, especially in the United States, there is a huge consumption of plastics. “

“Disposable utensils are not recommended for food and hot drinks. Switch to glass and utensils that do not cause plastic to leak into food.”

A foreign substance to the body

“Plastic is actually a foreign material,” explains Tzedkin.Tamir. “Once it reaches the body, the immune system recognizes it as something wrong and the body can also attack it. Experts claim that in their opinion it is all a matter of quantity, whether it is a high or low amount of particles.”

What kind of use is plastic? One.time?

“We talk about both. All types of plastic. Also found in children’s games that there are cancerous substances. In this case it is not only the plastic itself but the materials that are in the games as well, but by and large, the faster the plastic crumbles, the more dangerous it is.”

And what about the reusable plastic drinking bottles?

“The recommendation is not to use them at all and to switch to stainless steel or glass. Even the higher quality plastic vessels release particles into the water. We are crazy consumers of water and mineral water, and that’s the biggest problem, because almost all our products are wrapped in it, including plastic food packaging. “New studies have also found plastic in drinking water, because as soon as it reaches the tap it means that the plastic crumbles and we drink it and it accumulates in our body.”

What does it do to our body in the long run?

What is most dangerous?

“The less quality the plastic, the worse it is. The worst is the cling film, because it touches food and disposable utensils and the packaging that touches food. Then water bottles and children’s bottles and disposable drinking bottles and the rest. In addition, most plastics do not withstand the heat so it is advisable to avoid eating and drinking in disposable plastic utensils or reusable plastic utensils. There is a process of mass of the plastic, the particles of the plastic are released and there are very few companies that produce heat.resistant plastic. “Disposable utensils are not recommended for food and hot drinks.”