Will Israelis rush to vaccinate toddlers against Corona? 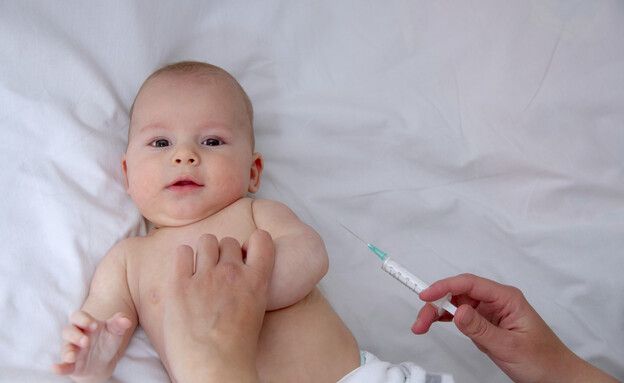 Two weeks after the FDA recommended approving a corona vaccine for infants aged six months and older, the toddler vaccination campaign has already begun in the United States and it is estimated that in Israel the Ministry of Health will approve the FDA recommendations in the near future. In the US the vaccination campaign is creeping up and many parents have decided to wait for now and not vaccinate their young children.”Why vaccinate babies? So they don’t die,” Pfizer CEO Albert Burla said this week during a visit to Israel. “Pfizer does not hide his criticism of vaccine opponents who say he is” responsible for the deaths of many. ”

However, despite his firm words as well as the FDA approval and this is what the Ministry of Health expects, many parents testify that they will not rush to vaccinate their children under the age of five. Mostly because of the fear. Disclosure, the author of these lines has a child who celebrated five this week and intends to vaccinate him as soon as the vaccination campaign in Israel begins. At least based on who agreed to talk to us on the subject, it seems that most parents do not intend at this stage to vaccinate the young children.

“Obviously I’m storing them and I have no fear”

“I see no reason not to vaccinate my child,” says Shira Dahan of Be’er Sheva, the mother of a 4-year-old girl. “I will not lie. Let’s say a year, a year and a half ago I was afraid because there were a lot of posts about the vaccine and all that. Now that full of people and children have already been vaccinated, it is impossible to say that the vaccine is not safe.”

Eyal Bernstein, a resident of Rishon Lezion and the father of a 4-year-old boy and a two-and-a-half-year-old toddler, says similar things. “All the posts and what they say online about vaccines is nonsense. I have no second thought about vaccinating or not vaccinating, obviously I vaccinate them and I have no fear. Halas, after two years of vaccination all over the world and everything the doctors say you can not say the vaccine endangers children “.

“I was never scared and I trust the doctors very much. My wife was very afraid of the vaccine. At first mainly because of everything she read on Facebook, but today she also understands that it is nonsense everything that vaccine opponents write. Even before we went to get vaccinated, we sat with our doctor who explained “We have the vaccines and everything we need to know. Of course I will listen to the doctor who has been treating me for years and not to someone I do not know on Facebook.”

“I’m not going to gamble on my girl”

“I did not do the third vaccine and there is no situation in the world where I vaccinate my daughter,” Galit Ben-Ari, the mother of a 3.5-year-old girl, tells us. “I have academic degrees and I read everything that is published, not just those you call vaccine opponents. There are also doctors who have published all sorts of things against vaccines. But it’s not just that” – she points out – “I see full of my friends who have been vaccinated in The vaccines and did everything right and here they are infected and some even infected a second time and felt bad. After that it went to them and everything is fine. I was vaccinated twice and still infected. But it’s on myself. Chances are it will happen. ”

In the conversations we have with many parents and also on social media, it can be seen that there is a very large group of Israelis who hold an opinion similar to that of Galit Ben-Ari. The feeling is that there is mostly mistrust here. Many of them have repeatedly mentioned what is being circulated on social media regarding confidential parts of the agreement between the companies that manufacture the vaccines and the state.

Although the Ministry of Health is trying to fight the great Pike in the networks, it seems that not everyone deserves it. It seems that an extensive media campaign is still needed because some of the opposition to vaccines is rooted in fear.

“I did all the vaccinations and my husband also did three vaccinations,” said Hoodia, who asked not to be named. “We have a four-year-old boy and I’m already scared of him, I’m really scared. My husband wants us to vaccinate him but he said not to stress. I’m not a doctor and I do not know if what someone says is true and what someone else says is not true.

“Danger to life is very low”

A health ministry official we spoke to said very harsh words when calling the vaccine opponents: “People who have blood on their hands. They spread Pike News that makes people scared and these people die. It is true that a child’s chance of getting a serious illness is low, life threatening is very low. Is anyone willing to be a quarter of a percent in statistics, that his son will be that quarter of a percent? ”

In the meantime, the health system is preparing to vaccinate children under the age of five. Sources in the Ministry of Health stated that as soon as the vaccination campaign began, they launched a large-scale information campaign in order to reach mainly the parent population who are afraid to vaccinate their children.