Promising results for the trial of the Israeli vaccine 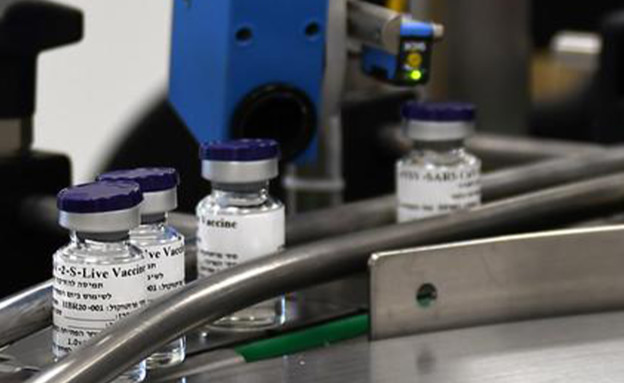 As of this writing, 6.2 billion vaccines have been given worldwide – enough to vaccinate in two doses half of the adult world population, at an astonishing rate of about 30 million vaccines a day. In practice, more than half of the adult population was vaccinated because many were vaccinated in only one dose. But the distribution of vaccines in the world is not equal, and there are countries that are lagging behind in vaccinating their populations. The 52 poorest countries, which together make up about one.fifth of the world’s population, have so far enjoyed only 3.7 percent of vaccine doses. This situation must change. Quietly Quietly, China has managed to reduce The gap with Western countries and vaccinated 73 percent of its huge population, about1.45 billion people, In locally produced vaccines. India, its neighbor, which was hit hard by Corona last winter, has so far vaccinated only 17 percent of its huge population – about1.4 billion people.

This week UK Began to vaccinate Teens (15.12) in one dose of Pfizer’s vaccine, having so far not seen it necessary. Vaccinations are mostly done in schools, and at this stage only one dose is given, due to fear of rare side effects. One dose of vaccine will not provide teens with good protection from infection, but is expected to protect them from a serious illness. The UK is currently pursuing a policy of zero restrictions and vaccination for all who require it. The result, it’s been a few months, is a lesson Relatively stable Of 40.30 thousand new verified per day and about 130 die from corona daily in the UK. While this wave is dwarfed compared to previous waves, it is still a not.so.low price to pay. Alongside the teen vaccination campaign, Britain has begun Vaccinate in a third dose Citizens over the age of 50, health care workers and people belonging to risk groups, and so joined To a row of countries Warehouses their residents in a third dose of vaccine. The EU is expected determine On the issue of the third course next week – as usual, after the rest of the Western world.

Unlike UK officials and politicians, Dr Fauci is well aware of the importance of #LongCovid. He says it is very difficult to explain, but reminiscent of the Myalgic Encephalitis, Chronic Fatigue Syndrome. 3/5 pic.twitter.com/aNKUjhxD7v

In recent months, more and more studies have been published that show that the modern company’s vaccine There is an advantage With respect to the Pfizer vaccine, although the two vaccines are based on the same technology and even though the findings of the clinical trials were similar. The differences are not huge, but as time goes on, Pfizer’s vaccine fades at a faster rate than modern ones, and a booster may only be needed at a later stage. This is an important consideration in favor of modernity in future purchases of vaccines.

And interesting news from Israel – Prof. Yossi Karko, Director of the Center for Clinical Research at Hadassah Hospital, where part of the clinical trial of the Biological Institute is being conducted, First report In an interview here Network B that the vaccine of the Biological Institute has completed the second phase of the clinical trials, and the initial results are good. According to him, the rate of side effects is significantly smaller compared to existing vaccines, and antibody levels are higher. Remember, this is a vaccine with a different technology than the vaccines given in the country. The Israeli vaccine, Brilife, is based on an attenuated virus from a non.hazardous human (VSV) strain, and causes our cells to produce the spike protein, similar to RNA vaccines.

No official results have been released yet and no press release has been released, but if the publications are correct, the next step is the real test: the third step of the clinical trials. At this point the vaccine will be given to a larger group of people, and the researchers will compare its performance to that of a placebo vaccine. The third stage is the longest and most complex, in which it is tested not only whether the vaccine produces a good immune response, but also whether it prevents infection and serious illness. The third phase is likely to take place in one of the countries that have so far failed to achieve a high rate of vaccines, and are dealing with the Delta variant. Quite a few countries will be happy to host such an experiment, in exchange for the option to buy or receive doses of the Israeli vaccine if and when it is officially approved for marketing.