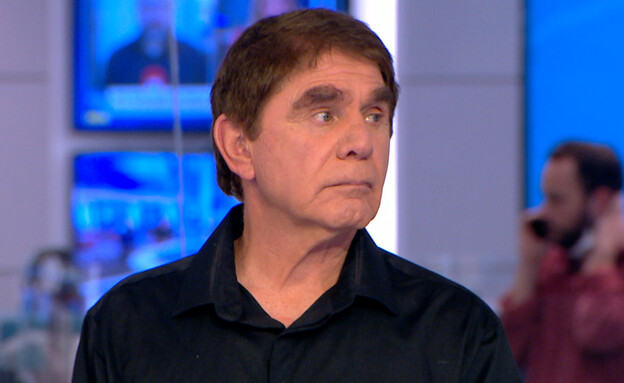 News 12 police reporter Moshe Nussbaum said yesterday that he is in the early stages of muscular dystrophy – ALS. “I intend to continue working, although naturally I am downshifting,” Nussbaum, 68, wrote, adding that: “I guess the last seven of you have been asked what happened to me and why I speak slowly. Even I was asked. Therefore I find it appropriate to share with you the assessment that emerges after a series of tests and appointments with specialists. According to this assessment, I am in the early stages of ALS. Incurable”.The first symptoms of the disease

In Israel, ALS (Amyotrophic Lateral Sclerosis) is diagnosed annually in about 500 people. The incidence of the disease in the world is 1 in 10,000 and it is not considered an inherited disease. The disease is a progressive disease that is, the symptoms and injury to the patient worsen over time. But there is no definite or known duration of its duration and there is a great difference between the patients in the expression of the injury and the life expectancy. In the vast majority of cases the disease begins with a feeling of paralysis in the limb area and loss of movement. And in a few cases, the first symptoms include difficulty speaking and swallowing resulting from the weakness of the mouth and tongue muscles.

The main symptoms typical of those dealing with IF:

Difficulty in communication. Along with difficulty breathing and paralysis of the tongue and jaw muscles, over time the volume will decrease until speech is whispered and eventually the loss of the ability to communicate verbally.

Difficulty swallowing. Due to the weakening of the chewing, tongue and swallowing muscles, is an inevitable scenario in patients dealing with ALS, whether the problem develops in the more advanced stages, or as a first sign of the disease. Other common symptoms are pain, constipation, difficulty sleeping, mood swings, muscle cramps and excessive salivation.

How is muscular dystrophy treated?

From the experience of treating hundreds of patients and closely accompanying their family members, the most important recommendation that can be given is the need to prepare in advance for the expected symptoms and existing tools to preserve as much as possible the patient’s quality of life, as dealing with ALS Of significant functional components.

In the first stage, it is important for the family to learn how to help the patient overcome events of shortness of breath by non-pharmacological means such as adjusting the home environment in which the patient lives, changing the sitting or lying position, and it is important to practice using breathing aids, BIPAP – ‘Breathing mask’ worn by the patient that transmits air through the nose and lungs in a non-invasive manner. Due to the difficulty in swallowing, the ability to consume enough calories essential for a healthy body is declining. Therefore, it is recommended to gradually switch to a nutritious, concentrated and future calorie and protein food, and it is highly recommended throughout the treatment to consult with a communication clinician and nutritionist who is experienced in treating people who are dealing with IF.

In light of the difficulty in speaking and the loss of the ability to communicate verbally in the future, it is important to practice as early as possible the use of alternative means of verbal communication as a variety of advanced computer systems designed for ALS patients to communicate with the environment.

As the disease progresses, coping with it also becomes more and more challenging, leading to emotional challenges in the patient and his family. It is important to be sensitive to these issues, to identify phenomena that can be associated with depression, anxiety and impaired self-esteem and to treat them as we treat the general population.

Is there a cure for the disease?

As of 2022, there is no effective drug treatment against the disease. There is also a growing body of knowledge on the ways and methods in which those who specialize in palliative care (ALS) in ALS patients: doctors, nurses, health professionals, as well as social workers, can make it easier to deal with the severe impairment of quality and comfort of life. The more visible and open and respectful the communication between the patient and his family and the treating staff, the greater the chance that the patient’s experience of accompaniment and the way in which his choices are respected will increase significantly.

Dr. Roni Sabar, Founder and Medical Director of Sabar Medicine And author of the book ‘Between Recovery and Healing: A Journey in Palliative Care’