Thousands of young people have returned to using Nice Guy 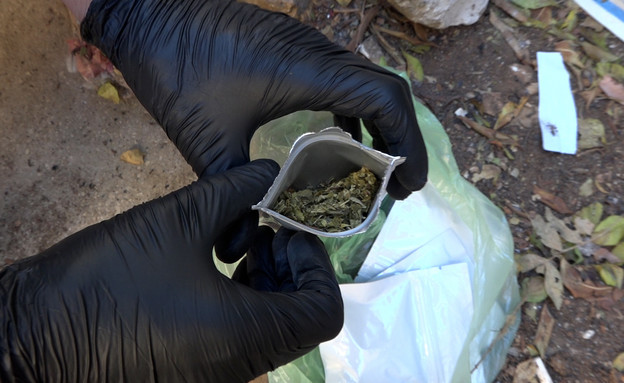 Guy (pseudonym) A 19.year.old soldier from the north of the country, serving in a combat unit in the Gaza Envelope area, recently became addicted to the explosives. “Marijuana is very expensive and so is cannabis, so to clear your head of all the stress, the soldiers buy a nice guy, because it’s very cheap. NIS 30, 50 for a bag,” says Guy. “I’m not taking more than a bag for two days because it’s murderous and I’m afraid they will get on me in the IDF and arrest me.”

According to him, once a week a special courier arrives at S.G. Of the base and hands them bags of Nice Guy. “The demand for Nice Guy is insane. It is true that it is a dangerous drug but we buy from reliable dealers who do not mix it with toxic substances,” Guy noted. “About my guys from the neighborhood who inject the substance like cocaine and some of them were hospitalized in a serious condition.”

Guy is really not alone. It turns out that thousands of young people across the country, including students and soldiers and even veteran drug addicts in their forties and fifties, from the humiliation, have returned to using explosive drugs (Nice Guy, Celebration, Boston, Mestolon).

Fleas are mixed with rat poison

“It’s a hit now with young people. For years the explosives have disappeared but now they are back because the prices of soft drugs in Israel are very expensive, mainly because of the corona,” claims a police intelligence officer. The Nice Guy of all kinds because of its cheap price. ”

It turns out that the new Nice Guy dealers in the market are spraying the synthetic materials they sell with highly toxic materials. “Traffickers want to boost the drug’s potency and to make users addicted to it they spray it with deadly pesticides, such as flea sprays and ticks for dogs mixed with rat poison,” revealed a former drug addict who was addicted to explosive drugs. “Imagine things. We become paranoid. Unfortunately, the drug dealers are only interested in money.”

Last week, 15 young people were hospitalized at Rambam Hospital in Haifa as a result of the use of explosives. Some of them are in critical condition. One of them, a 31.year.old man, died a few days ago. For murder, “a police officer stressed.

It is the deadliest drug in the country

“We notice a phenomenon of young people injecting Nice Guy in large quantities as if it were heroin. This drug is currently the most deadly in the country. When injecting the mixed substances it impairs brain function, to the point of stroke and damage to internal organs, blood clotting. Bleeding and death are very short “, Says a senior doctor at one of the hospitals,” suggests not touching explosives at all. Stay away from it. We go back a decade when the hospitals were flooded with hundreds of young people who used Nice Guy and dozens of them are unfortunately no longer with us. ”

Arranged to stop the distributors

About a decade ago, the explosives were celebrated in Israel, and the owners of the explosions and drug dealers cut millions of shekels in their pockets. “At that time we caught hundreds of thousands of tons of explosives that were smuggled in containers from abroad or through couriers. Most of the drugs were stored in shelters in old buildings, in warehouses in industrial areas, “a senior police officer noted. But in a very lethal format. The substance is powerful and its use can cause immediate death. We are prepared to stop the traders and distributors and exhaust with them all the severity of the law. “