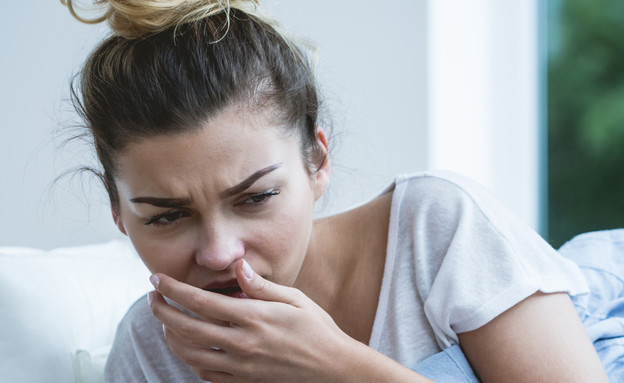 The corona has been around us for over two years, but it is still far from disappearing, probably with the rising level of morbidity in Israel and around the world these days. One of the annoying side effects is the cough, which even after recovery from the virus. Will accompany many for many months. Studies also show that among former Corona patients, nearly half report shortness of breath and cough. Therefore, in “Paula and Leon”, prepare today (Tuesday), the complete guide to dealing with the phenomenon.The person who shared her personal experience is the show’s reporter Shir Moshkovitz, who even after half a year since recovering from Corona, still suffers from a troublesome cough. “It all started after I recovered, I suffered from a very strong cough with phlegm. So far, we are six months later. Right now the cough is in the morning, from the first hour I get up and especially at night,” she said, adding about how it disrupts her daily routine. “At first I didn’t get to work, I couldn’t get to the broadcasts because the cough didn’t leave me. Right now it’s back to me again, so I took a few days to rest. I was treated with pills, steroids and an inhaler that helped me with the cough. I wake up from a cough attack.”

Dr. Maayan Bar-Gad, an expert in occupational and environmental medicine from Clalit Central District, explained the way in which the phenomenon develops during and after the infection period. They encourage the inflammation mechanism, we have an inflammation mechanism at the end of the breath also it sucks the nerve endings that reactivate the immune system which once again creates local inflammation, then there can be disturbances in the shape of the breath itself, “he said, adding. The mucus that catches the pollutants that are in the air. Once we breathe incorrectly, we cause even more irritation of the airways and lungs and lead to even more coughing. It is a never-ending cycle that involves both the local inflammation and the nerve endings that activate the immune system. Then a circle is formed that is difficult to break. ”

Next, Dr. Bar-Gad addressed a point about Shir’s problem and its position in the number of recovering people who suffer from coughs. Even four months later. In patients in general who recover from corona, we see 43 percent with shortness of breath even two months or more after, and about 16 percent who have a cough even two months or more. Quite a few of the patients. “Those who have been hospitalized and needed respiration, this process can also cause respiratory problems.”

so what are we doing? How is it handled?
“If it is a blocked airway, then inhalers or steroids can relieve and help. There are preparations based on codeine, which in advance lower the stimulus, of the same cough. That it goes down then the whole cycle is interrupted and a decrease in cough is seen as well.”

Are there any tests that are recommended to be done?
“The cough may not be due to the corona. If we suspect it is due to the corona, we should check for other side effects such as fatigue, memory or cognition loss, muscle aches, but it can always be a viral illness or a bacterial infection. Children and babies can also have Strido is a test cough that can also be from allergies or viruses. Asthma, or pertussis can develop. Also use conditioners that cause cold and dry air – try to see what happens in an environment that is not cooled by an air conditioner. Smoking. This is very important – exists in almost 30 percent of smokers. “Blood pressure medications and heart failure medications. There is also a completely psychogenic, mental cough.”

Another treatment that can help transmit the cough is acupuncture. Natalie Brin, a practitioner of Chinese and Japanese medicine, argues that it is first and foremost important to diagnose whether this is a post-corona phenomenon. “You need to understand where the cough comes from, and whether it is really post-corona symptoms. Or a slightly more complicated condition. If you contracted respiratory disease in your youth, or childhood asthma, it weakens the respiratory system and makes it easier for you to get infected. The corona sticks to our cough.”

How many treatments do you need to feel relieved?
“It’s terribly personal. Sometimes one treatment can give a good feeling and sometimes more, but it’s important to persevere. Sometimes the cough is due to a mental cause that can be caused by the panic and stress associated with corona.”