An electronic nose that can alert to the presence of bacteria 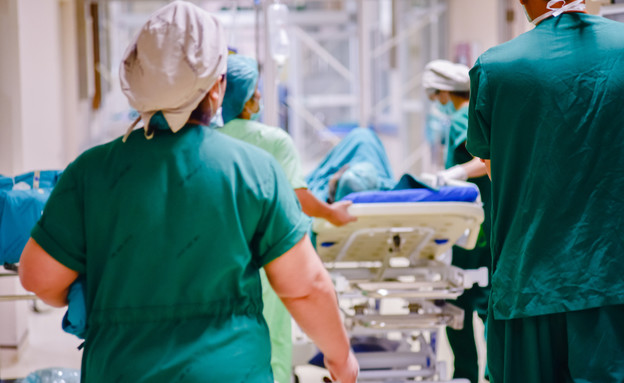 The end to resistant bacteria in hospitals? Researchers from Ben-Gurion University of the Negev have developed an artificial nose based on carbon nanoparticles. The artificial nose will for the first time allow the continuous detection and follow-up in real time of bacterial growth based on the “odor imprint” characteristic of various bacteria.

The study was recently published in the journal Nano-Micro Letters and its findings may have practical implications in various areas, including: warning of a spoiled food product, significant acceleration of microbiological tests for disease diagnosis, detection of bacteria in hospitals and public buildings, diagnosis of diseases through exhalation, environmental monitoring of gases Toxins and bacteria, and more.

The phenomenon of infections in hospitals has been of concern to the medical community for years. The presence of super-bacteria, those that are resistant to antibiotics and can cause severe infections among people staying in hospitals is a widespread phenomenon that also occurs in other inpatient institutions, such as nursing homes. To date, dealing with resistant bacteria has mainly involved maintaining cleanliness and hygiene, especially of medical staff members who can carry bacteria from one patient to another. But it is possible that the new development could contribute to the struggle. The development includes a cheap sensor for production, so that it will be possible to disperse many sensors in environments that are prone to disaster and thus detect dangerous bacteria in time.

The development is based on the adsorption of gases on carbon nanoparticles, and the electrical reaction of the particles as a result of the adsorption. The researchers found that the system has an extraordinary sensitivity to volatile substances secreted by bacteria during their reproduction. In addition, the researchers report that they were able to “train” the electronic nose to detect various gas molecules with a high degree of accuracy, using “machine learning”.

According to the researchers, the technology is cheap and simple to manufacture and it will even be possible to use sensors in cities as well, in order to warn of the presence of dangerous gases and air pollution. “The sensor will also be able to detect bacterial infections in a short time, for example making a ‘throat swab’ within an hour – compared to 24 hours or more today. Another possible use would be to warn of the presence of bacteria in food products,” says Prof. Raz Yelink, vice president and dean of research and development. At Ben-Gurion University of the Negev and a research leader.

For the past two and a half years, Prof. Raz Yelink and PhD student Nitzan Shauloff from the Department of Chemistry at Ben-Gurion University in collaboration with Prof. Lior Rokach from the Department of Information Systems Engineering have been working on the development. Researchers are currently in the process of raising funds for further development, then presenting a prototype and then entering the market.