A precedent.setting Israeli development will facilitate surgeries for Parkinson’s patients 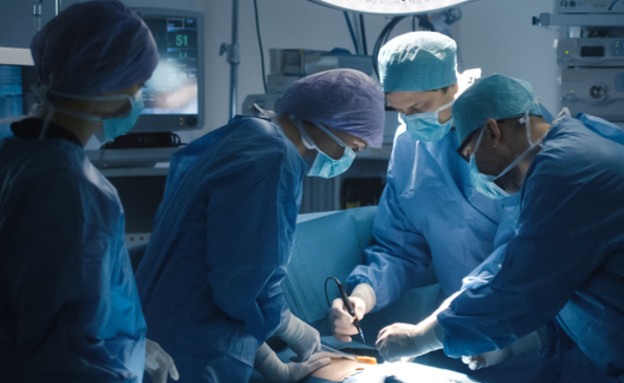 Parkinson’s disease is a common neurological disease in old age that causes primarily motor disorders. For about half a century, advanced patients have been treated with surgery to implant electrodes in the depths of the brain connected to a pacemaker (Deep Brain Stimulation). The operation was performed on about 250,000 patients worldwide, and Israel even included it in the health basket.

Today, most surgeries are performed without blurring when the patient is awake, because anesthesia or sleep lowers the intensity of brain activity. Low intensity may prevent the surgeon from placing the electrodes in the brain precisely because it is aided by the patient’s responses to the electrical stimulus. In other words, the exact location of the electrodes in the brain significantly improves the results of the surgery.

The results are good even in a state of blurring

A new Israeli study recently published in the international journal NPJ Parkinson’s Disease From home Nature, finds a new method that includes blurring in order to perform deep brain surgery and without compromising the accuracy of the target and thus alleviate Parkinson’s. The study was conducted by a team of researchers from the Hebrew University and Hadassah Medical Center, led by Prof. Hagai Bergman. “This is not a painful surgery, but being awake for a few hours in brain surgery is not the experience that most people want to experience. The new method we offer allows for blurred surgery and still get accurate results,” Prof Bergman emphasizes.

The research team conducted experiments on laboratory animal models known to have a physiological structure similar to humans. The experiments were performed according to the rules of laboratory animal treatment, when recordings of brain activity were made under sedation (sedation) and sleep naturally. The findings prove that in Parkinson’s disease good results can be achieved for the purposes of deep brain surgery even in blurring conditions.

“This is a precedent.setting finding because in most countries to date surgeries have been performed in vigilant situations and without obscuring substances,” the researchers add. Moreover, if this fact is confirmed by future studies in patients, most Parkinson’s patients will be able to undergo the surgery under anesthesia according to the new method, which will facilitate the patients and ensure accurate results that will significantly improve their lifestyle in dealing with the disease.