Avoid so as not to fail, rather than try and succeed 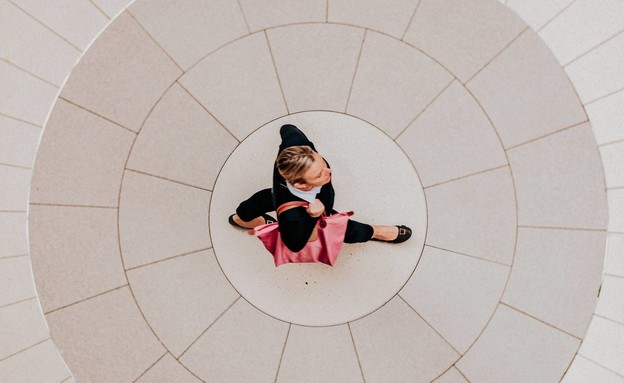 I’m not writing this column. It’s been a week and a half since I postponed his writing, and he keeps bothering me. “This is what you wanted: to write,” he reminds me, the potential columnist, “to spread your insights, everything you have learned and gathered on the way to a more fulfilled life.” But someone else is raising their head. One that has been going with me since I was a child. Which has been strengthened, recognized, kicked off. Someone a perfectionist. She informs me that this column must elaborate on the emotion concisely, convey a logical argument, and perhaps also a research confirmation, and it is important that it be both funny and witty. Class. With zero effort. She is so ambitious and precise and creates a high standard, this one. Spurs me to move, to move forward, to be precise. She’s something. I – less. That fact, I do not write.

In my undergraduate degree I learned about a management method imported from Japan called zero defects. Zero mistakes. After the U.S. bombed Hiroshima and Nagasaki in World War II, Japan surrendered and remained under U.S. military occupation. As part of the rehabilitation program, American industry acquired from Japanese industrial plants. The Americans ordered a container of 10,000 components at a margin of error of ten percent (according to a dominant management method then: striving for excellence). When the container arrived, the Americans were astonished to discover one box with 9000 normal parts and next to it a smaller box that read: 1000 defective components. This was not expected. They understood that the Japanese do not make mistakes. Not at intervals and not at all. They do not strive for excellence – they do perfectly.

The goal sanctifies all means?

This story burned into me. What a celebration! Exemplary culture. Quality without compromise. Without a flaw. I had to be born Japanese. All my life, my focus has been on the Delta, on space. Between the existing and the idea I have in mind. What a loving and courageous relationship looks like. How proper and healthy and right to raise children. How to constantly innovate in business, bring growth engines and get better. How should I show. A thick.bellied law book trilogy on How life should be. When an ophthalmologist diagnoses that my baby needs to wear glasses, I mourn as if my world has been destroyed. And when I put his tiny nose on his tiny nose before his first glasses are full, and impair his integrity, a surprised and smiling baby looks at me. His mother may not have imagined a baby with glasses, but he sees well, at last!

We are all infected with the pursuit of perfection. We live in a society that encourages us to do this, that presents us with ideas as if they were the norm – on billboards, on images, on Instagram. In success stories and glorious exits. Results, results, results. And the road? Most of the time covert. The failures, the dark circles under the eyes, the screams emitted on the children, the secret addictions, the lack of sleep, the pills we take to dull the symptoms. Sleeping pills or stimulant pills or anxiety.reducing pills.

Or all or nothing? There is another option

Perfectionists tend to approach everything or nothing. Either excel or avoid. Or eating in a frenzy or starving. Either take a test with a potential for a hundred or not take it at all. Either find the knight and feel butterflies in your stomach or be left alone. Most perfectionists are well aware of the prices charged in their life experience and happiness, and yet they proudly bear the “disadvantage” of a perfectionist. Why? Because they are willing to pay the prices of pleasure and happiness for the sake of growth and fulfillment. They, unlike others, hold to the standard of living, and avoid what they fear most – falling into mediocrity. Perfectionists who come to me at the clinic are willing to start moving out of necessity to excel, only when they become acquainted with the less good news: with their own thought and striving for perfection – they have sketched a mediocre life.

But there is also good news: we were not born perfectionists. This is a strategy we have chosen for a long time, and it can be separated gradually, in steps.

Better a poor horse than no horse at all

Paradoxically, some of us would rather not dream than dream and discover that we have not fulfilled. We would rather not find out we have failed than try to succeed. We only operate as a guaranteed success. And a sure result is mediocre in advance. Any startupist will tell you that if he had put out a perfect version, he would have failed for sure. That done is better than perfect. And that the road is paved with pivots and re.route calculations. Nothing in this creative rollercoaster is known in advance.

What does it look like in life, when we insist on sticking to sure successes? We will not initiate a move in front of someone who might help us fulfill, for fear that he will reject us. We will not approach the project that is burning in us – because what is the chance that this will happen. Instead, we will work in a lucrative (but for us) boring job. Just this week a trainee told me how she did not take the GMAT test She studied with him for months, when she wanted to study in the United States, only because she was afraid of finding out she had failed. Another trainee has been cultivating the facade of a businessman and entrepreneur all his life, but his dream is to become an actor. The fear of failure is strong from the belief in success. Only failure does not equal success.

“The courage to be imperfect,” as professed by Prof. Rudolf Drycourse, Alfred Adler’s successor, is what allows us to devote ourselves to learning and development, while risking possible failure, lack of sympathy or risking prestige. We need courage to move despite our fears. Movement out of spontaneous curiosity, listening to desire (rather than need), pleasure (rather than what it looks like), way (rather than result) – allows us to break into an unfamiliar, new, creative area, an area that allows us to evolve substantially and express our humanity, our genius, Not our ego.

“I left the mediocrity and started to shine”

I am not perfect at all without being perfect. She sneaks up all the time, striving for perfection. Looking in the mirror he sees the grooved eyes and looks at the old woman in the white of the eye. Wandering the networks that floods the glowing results of others, and sometimes shrinks and floods a voice that says I am less and he is more. Yes, I’m still a perfectionist. But less. And that’s what I want to see. I have a puppy in the house that was not previously possible for an asthenic like me. I embarked on a new path in which I gave up a prestigious business title, a well.designed office and revenue. My journey began in small steps, with no final and definite goal, what paved it was my passion. When I gave up on what it looked like, what others would think or how comfortable it was, I left the mediocrity and started shining.

Dana Regev researches the happiness and genius of the site, On YouTube, In a podcast And in the Ma’aleh Tov community On Facebook