3 studies prove the necessity of the third vaccine 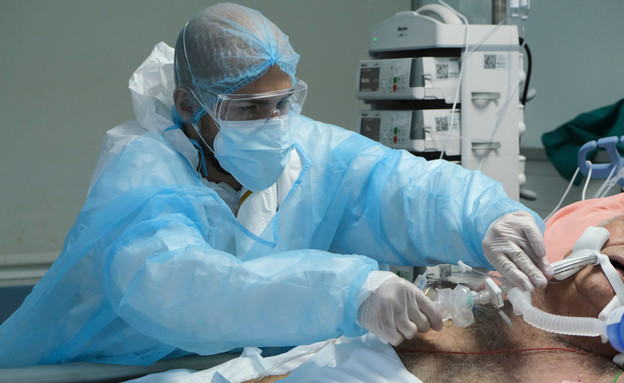 As of the time of writing these lines have been given all over the world About 6.4 billion vaccine doses Against the corona virus, at a rate of close to 30 million doses a day. The current world champion is India, which stores about six million people every day. However, less than half of the giant state’s population has so far been vaccinated in one dose and less than a fifth has been vaccinated in two doses. India currently uses mainly a local vaccine based on the Astra.Zenika vaccine and at this rate it will take a few more months to reach sufficient immunity in the population.

This week, other countries announced that they intend to give their residents a booster dose (a third dose of the vaccine). At their head stands The European Union Which approved the distribution of a third dose of the mRNA vaccines of the Pfizer and Modern companies six months after the second dose, to vaccinated people over the age of 18. Norway And Portugal It has already been announced that they will start vaccinating their residents with a booster dose, first for people over the age of 65. Remember, the European vaccination campaign started late compared to Israel, so they can wait a little longer with the young people.

Neighbor of Norway, Sweden, Announced You will also start vaccinating teenagers aged 12 and over, but those aged 30 and under, they were not vaccinated with the modern vaccine. In Sweden, there is concern about findings that indicate that the modern vaccine causes more cases of myocarditis (myocarditis) in young people compared to the corresponding Pfizer vaccine. Also in Canada Notice To a similar trend. However, in both cases a side effect is rare, and usually mild, especially compared to the complications of the disease itself. Modern’s vaccine is considered A little more efficient From Pfizer’s vaccine over time, and there may be a connection between the two. Since the phenomenon occurs mainly in young men, there may be countries that decide to separate young people, who will receive the Pfizer vaccine, from adults who will be vaccinated in modernity.

In perfect timing, two large and very comprehensive Israeli studies were published this week (1) 2), who assessed the prevalence of the rare side effect of myocarditis and its danger, based on data from last winter’s immunization operation. The conclusion of both was the same: it is a real side effect, but much rarer and milder than the complications of the disease at the same ages. The studies did not include young adolescents, because at that stage they had not been vaccinated yet, but in 19.16 year olds the rate of myocarditis was one in 6,000.

At the same time he became famous in the United States Research Which examined about 150,000 soldiers who had fallen in Corona. The findings show that recoverers are at increased risk for cardiac complications, especially in the first month after recovery, but the risk remains high throughout the year after infection. Since the study was done on soldiers, it is a young and healthy population that is not at high risk for the complications of the disease, and yet the study shows that young people may also suffer from not simple complications, such as stroke, myocarditis, arrhythmias and more. This joins Israeli research Which we reported last month, which also suggested that the vaccine is far superior to the disease.

A study of more than 150,000 corona recoverers examined cardiovascular complications one year after recovery, and found that recoverers are at significantly higher risk for cardiovascular complications, including: stroke, cardiac event, myocarditis, heart failure, embolism.
Go (want) to get vaccinated. Https://t.co/QVvjAuxe5X pic.twitter.com/vMk0cPfYp6

the Israeli Ministry of Health Announced He recently ordered vaccines from AstraZenica, and will offer them to people who cannot get Pfizer & Moderna’s mRNA vaccines or who prefer the older technology of this vaccine. Astraenic vaccines are based on a “viral vector”, meaning a virus from the adenovirus family that is not harmful to humans. In this case it is a virus of chimpanzees that has been weakened so that it can not reproduce in human cells but only penetrate them. This virus was cloned into a short fragment of DNA that contains the code for the production of the spike protein of the corona virus. When the virus infects cells in the injection site, it causes them to produce the protein, and thus the immune system learns to recognize this protein and develops antibodies and memory cells for the next encounter with it.

Similar to mRNA vaccines, this vaccine is given in two doses, but its effectiveness is lower and is estimated at 67 percent. Efficacy in preventing symptomatic disease compared to 94 percent in Pfizer vaccine. Like the Pfizer and Modernana vaccines, the Astra.Zenica vaccine Shows signs of decline In its effectiveness over time, so probably even those vaccinated in it will have to get a dose of impulse.

In terms of side effects, the rare side effect of myocardial infarction is not attributed to the Asterica vaccine, but it has been linked to another rare side effect of Hypercoagulability Of the blood. The same rare phenomenon was also found in the vaccine recipients of the Johnson & Johnson company, which is manufactured with similar technology. In both cases it is a very rare side effect that occurs in one or two people out of every 100,000 vaccinated.

On the way to drug approval

This week, Merck announced that it is discontinuing the recruitment of volunteers for the third phase of the clinical trial and is already submitting The drug Molnofirvir (Molnupiravir) for emergency approval by the United States Food and Drug Administration (FDA). This is a dramatic announcement, because it means that in the opinion of the study’s editors, enough evidence has accumulated that the treatment is so effective that it is immoral to continue to hold a control group in which the patients included receive a placebo.

The company claims that the drug, given orally to patients with symptoms that are at high risk of worsening their condition, prevented the deterioration of a serious disease by about 50 percent compared to the control group, and prevented complete mortality (100 percent of patients treated), without significant side effects. In order to obtain a complete and accurate assessment of the efficacy of the drug it is important to continue to monitor patients over time.

The drug assimilates into the genetic material of the virus and causes changes (mutations) that disrupt its ability to reproduce. When the FDA publishes the company’s findings from clinical trials it will be possible to better evaluate its efficacy and safety. Even if approved, pregnant women will not be treated in the meantime, due to the fear that it will damage the dividing cells of the fetus.

If the treatment is really as effective as hoped, this is another big step on the way to eradicating the plague. Thus we will have a very effective preventative treatment (vaccine) that will protect the majority of the population, and a drug that will save the lives of those who have fallen ill anyway. This is not a cheap treatment, which costs about $ 700 for five doses, but if it saves days of hospitalization, and especially hospitalization in intensive care units, it will justify the cost.