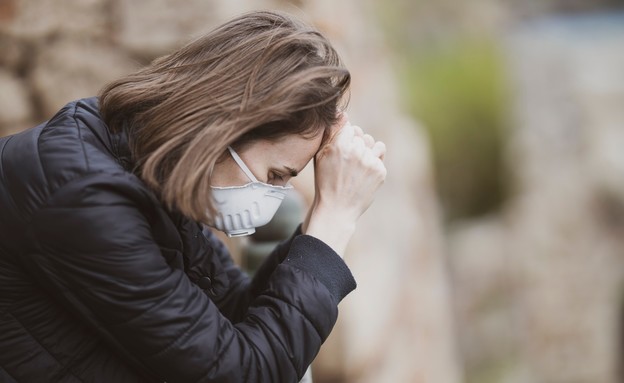 The present study is the first in the US to examine the change in the prevalence of depression before and during coronary disease. And its short.term and long.term impact on the mental health of the population.

The researchers used data from 5,065 respondents to the 2017.2018 National Health and Nutrition Survey. The first survey conducted during the Corona period included 1,441 respondents and was conducted between March 31 and April 13, 2020, when the majority of the American population was then locked in a home. The second survey was conducted with the same group a year later, from March 23 to April 19, 2021, and included 1,161 respondents.

The survey results indicate that the burden of depression intensified during the epidemic and affected lower.income adults. People who earned less than $ 20,000 in the spring of 2020 were 2.3 times more likely to experience increased depressive symptoms, compared to people who earned $ 75,000 or more. In the spring of 2021 the risk for low.income adults was 7 times higher for experiencing depression.

More in.mako health:
>> The new mutations are more contagious in the open air
>> The most popular conspiracy theories in Corona

“Typically, we would expect depression to peak following a traumatic event and then decrease over time,” said Dr. Sandro Gallia, an epidemiologist and dean at Boston University School of Public Health. . “The persistent high incidence of depression is different from the patterns we are familiar with after traumatic events such as Hurricane Ike and the Ebola outbreak.”

“The continuing and increasing incidence of increased depressive symptoms indicates that the burden of the epidemic on mental health persisted, and that it was unequal,” describes the study’s lead author Katherine Atman, a doctoral student at Brown University School of Public Health. “Economic relief and the development of vaccines may prevent even worse outcomes of depression. Treating stressful situations such as job loss, childcare access challenges and rent difficulties will help improve the mental health of the population and reduce inequality that deepened during the epidemic.”

The questionnaire used by the researchers is an adult self.report questionnaire called Patient Health Questionnaire.9, which aims to examine the presence and severity of clinical depression. The questionnaire includes 9 items, for each item the examinee is asked to assess how often he was disturbed by the statement described, during the last two weeks. In addition, the examinee was asked how much the problems he reported made it difficult for him to do his job, take care of things at home or get along with others.